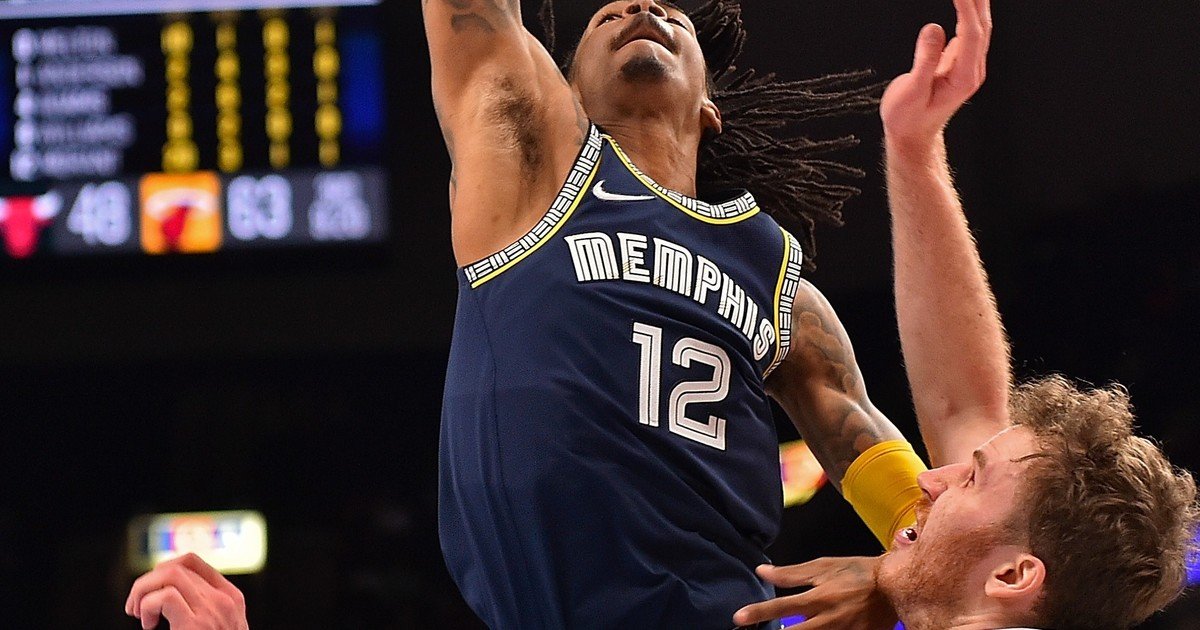 A true beast. Ja Morant landed a contest-winning dunk on Australian giant Jakob Poeltl and finished with a career-high 52 points for the Memphis Grizzlies to win this Monday 118-105 to the San Antonio Spurs.

The stage was still buzzing with Morant’s dunk on a break near the end of the second period when Steven Adams sent him a long pass and got another basket from the left base line before the buzzer sounded for Memphis to lead 68-58 at halftime. complete…

Morant had 13 consecutive goals in the fourth quarter to seal the victory, after on Saturday he finished with his previous career best (46 points) in the victory over Chicago at hit 22 of 30 shots from the field. The player made four three-pointers in as many attempts and Memphis won its second consecutive win.

Morant, 22, the second pick in the 2019 Draft out of Murray State University, became the first player in Grizzlies history to score at least 50 points in a game. It is his third season with the Memphis franchise.

He also puts it on the bell…

Lonnie Walker IV was the leading scorer for the Spurs with 22 points, followed by Dejounte Murray with 22 and eight assists. Murray was ejected late in the fourth quarter. Poeltl finished with 16 points and 10 boards. Because of the loss, Spurs coach Gregg Popovich fell one win short of tying Don Nelson for the most wins in an NBA regular season.