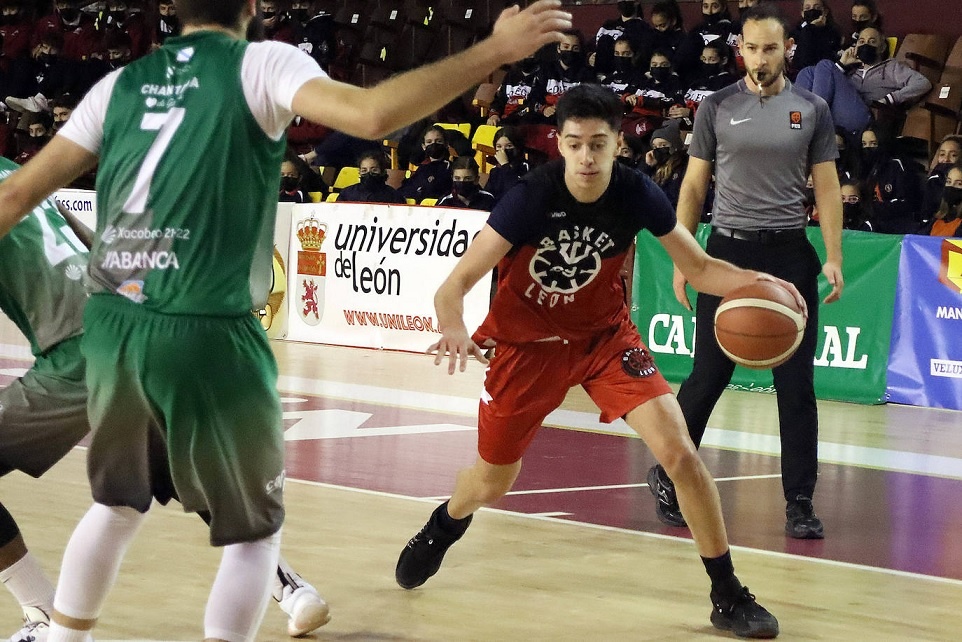 Little by little the classification begins to break in the upper area of ​​this group AB from EBA League, and it is that, after the matchday 10, five teams manage to open a small gap with respect to the rest of the opponents. In first place, a solid Tormes continues with its positive streak, and with one victory less they are followed by Reino de León, Basket León, Porriño and Obradoiro, who this week added their second defeat. In the middle zone, already two victories apart from that fifth position, is Chantada, after breaking its positive streak, while Marín, La Flecha, Universidad de Valladolid and Culleredo maintain a balanced balance of victories and defeats. Already in a negative balance, Betanzos is the best positioned, while Óbila and Bosco Salesianos, who achieved an important victory this week, are already in dire straits, just like a Gijón Basket that is once again on a negative streak, the Oviedo subsidiary Basketball, which only has one victory, achieved precisely against bottom Claret, who has not yet won.

We started the weekly review with the ninth win followed by USAL La Antigua, that came undone75-58) from Corinto Gijón Basket. From the beginning the charros made a difference, with a good first quarter that served to put land in the middle against an Asturian team that suffered to score. With Harrison and Ukawuba as the most prominent men, Tormes arrived at halftime with a comfortable income that he knew how to manage during a more even second half at stake, with Gijón trying to squeeze the hand of Fernando Fernández Noval and Mateo Sánchez, but without managing to cut differences Against a solid local team that continues to show the reason for its good moment, being the best defense in the league and right now, the group’s solo leader.

Second, leading the group of pursuers of the leader is situated Leclerc León Caja Rural RdL, which solved his visit to the bottom Claret Innoporc with a comfortable victory63-89). The Segovians have still not achieved their first win of the season, and in this case, despite their good start, with Young and Miguel Pérez contributing many points, a bump before the break was going to make Reino de León achieve a good partial to their favor that would track a consolidated victory during the second half, with Balasko and Llamas being protagonists in the offensive aspect. The dominance of the rebound and an intense defense over the rival were enough to control a game in which the visitors reached the final stretch with enough income not to be disturbed, thus returning to the path of victory after their defeat a week ago against l leader.

The one that seems to lose a bit of rope in recent weeks is Obradoiro Silleda, which on this day added its second defeat in three games, falling (56-55) versus Mundioma Marín Ence Peixegalego, which still does not find the necessary consistency to get up, but shows that it has enough quality to give more than one scare. The clash was very even at all times, with both defenses performing at a high level. The locals gave first before the break, opening a small gap, pushed by the work of Hogan, De Benito and Stefanuto, but Obradoiro responded in the third quarter equaling the clash with Guillermo González and Barreiro as the most outstanding men. They were ten minutes ahead with everything to be decided, and the tension was noticeable in the game, with both teams suffering a lot to score. Every small advantage was a treasure, and that was followed by Marín, who entered at the last minute with a small gap in favor that ended up being decisive, when Obradoiro managed to get just one point, but did not finish the comeback, despite having had a final shot in the last seconds that was unsuccessful, leaving the victory at home for the locals.

Also consolidated already among the teams in the upper area is ULE Basket Leon, who took67-62) an important duel in front of Ucoga Seguros CB Chantada-Ensino, leaving the Lugo players somewhat off the hook, three victories behind the leader and two behind the pursuers. The Leonese cemented their triumph in a great first half, in which Fede Copes was a clear protagonist, multiplying in attack to raise the local income beyond ten points against a Chantada in which things did not finish. At half-time the visitors managed to rearrange themselves a bit, who showed a better face in the second half, beginning to cut differences, with Hugo Rey as the main scorer. The local offensive fluidity had disappeared, and the score was gradually adjusted until in the last quarter, there were only two points of difference between them. But the Galicians could not consummate the comeback in the end, somewhat erratic in some last attacks that were not positive, with Basket León managing to close a very worked victory and that continues to consolidate its upward line.

Complete the roster of pursuers Porriño Base Basketball, which exceeded (61-46) yet Unicaja Banco Oviedo that after adding his first win a week ago, he could not enter a positive streak. Despite everything, the Asturians held out in the first quarter, always close to a Porriño who was already setting the pace of the match, achieving the final takeoff before the break, supported by the great defensive work. On the visitor side, only Fernando Suárez showed certain skill in attack, costing each score a lot, which the Galicians took advantage of to consolidate the income, with Lucas Vaquero as the best player, guiding his team to the final triumph.

The most emotional duel of this day was lived between two of the teams in the middle zone, with CB The Arrow assaulting85-90) the track of Santo Domingo Betanzos after two extensions. From the beginning it was a very close clash, without any team achieving great sets. Betanzos tried to command, supported by the Pereiro, Moreno and Rozas; but opposite La Flecha was always on the lookout and did not allow the locals to escape, managing in the final stretch to leave everything level, leading the game to extra time. Estany and Castaño were the main scorers for those from Arroyo de la Encomienda, but in that extra time, neither team could unbalance the score, extending the clash for five more minutes with a second extension in which the visitors went to to finally be able to unbalance the balance, in front of a Betanzos more punished by the fouls, losing key men in the final stretch in which La Flecha managed to sentence.

Another direct duel between teams trying to escape the trouble zone was between Traumacor Culleredo and Hereda-Ávila Authentic-El Bulevar, with the final victory of the first (87-83) to settle in the middle zone, leaving the people of Avila with more problems in the lower zone. The duel was controlled for three quarters by the Galicians, who gradually consolidated a solid advantage, supported by the offensive production of Vidal and Lucas Álvarez. But when everything seemed on track for Culleredo, the visitors reacted and launched in search of a comeback that they had close in the last ten minutes, with Vukcevic, Izquierdo and Villalba as the main protagonists, but without success finally to finish equalizing the score, being able Culleredo close the victory, despite the final suspense.

Finally, we highlight the important victory at home (45-64) from Solgaleo Bosco Salesians in view of University of Valladolid, achieving those of Ourense to approach a direct rival who lost a good opportunity to get further away from the lower zone. But it is that the pucelanos did not have their best day, and weighed down by a very bad second quarter, in which they only scored 5 points, they saw their rival run away, no longer being able to come back. Only Alberto García Arribas showed inspiration in the face of the rival ring, something insufficient to oppose the good work of Kouadio, who led the general good work of the Galicians, who during the second half were going to consolidate their advantage, managing to close a comfortable victory to reach the third victory of the year and approaching the middle zone.

Balkan quality to make a difference in León

With an eminently continuous project made up of local players, Reino de León surprised shortly before the start of the season with the signing of the Croatian Demian Balasko. This experienced player, who came to play in the highest category of his country, arrived to shore up the Leonese interior game and continue an upward line of results that began at the end of the previous season and has continued in this one, with the team always located in the upper area. There Balasko is being one of the keys, assiduous week after week to double-double, he is also a fixture in our statistical section of the most outstanding, although until this week he had not managed to be the MVP of the day. His numbers on the bottom court, with 24 points (10/12 in field goals), 10 rebounds, 2 assists, 2 stolen balls and 6 fouls received made him reach 37 rating, thus achieving his first distinction as the most outstanding of the group in a day.