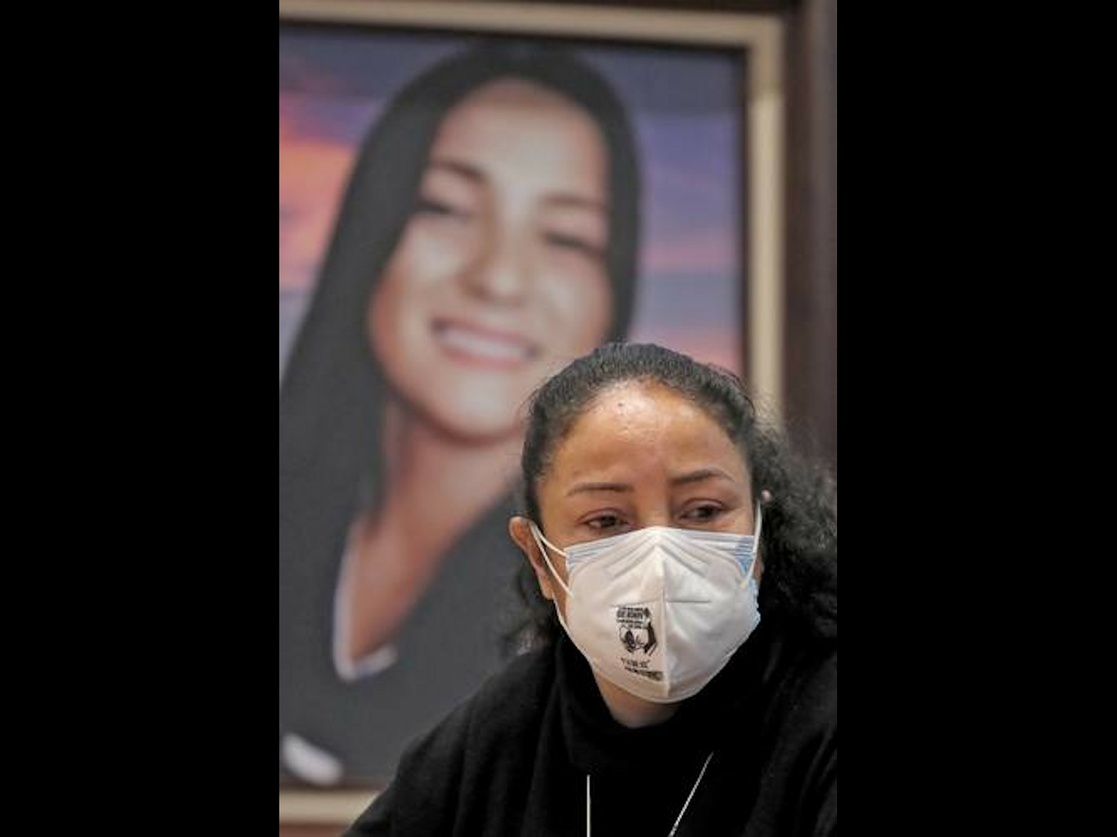 Mexico City. María de Jesús Jaimes Zamudio studied petroleum engineering, played basketball and dreamed of a Mexico free of violence. She was murdered in January 2016, allegedly by one of her teachers and a fellow student.

Yesterday, the National Polytechnic Institute offered, as it had already done in 2020, a public apology to Marichuy’s family in the small room where the portraits of the directors of the institution founded on Cardenismo hang.

At the table, next to Arturo Reyes Sandoval, general director of the IPN, and Rosario Piedra Ibarra, head of the National Human Rights Commission (CNDH), was Yesenia Zamudio, Marichuy’s mother, who thanked the apology, but did not she abandoned the harsh words that have made her recognizable in marches and protests.

In a 2019 demonstration, Yesenia Zamudio blew up her pain on social networks: “And if I burn and break, and make a fucking mess in this city, what is your fucking problem? They killed my daughter!”

At the table with the high-ranking officials, his courage persisted: “How are they going to believe us, if the most important and powerful man, who has the highest level of popularity of the presidents of Mexico, does not believe us?”

And from there downwards: “If the President does not believe us, it is evident that at work, in schools, universities, on the streets, they do not believe us.”

Despite having a protocol to deal with complaints since 2012, the Polytechnic could not even follow up on the situation of the people identified as allegedly responsible, against whom there are currently “arrest warrants and red cards,” according to Yesenia.

In the follow-up document to Recommendation 09/2019 of the Human Rights Commission of Mexico City, there is a detailed account of the initial refusal of the authorities to investigate the case as a homicide, as well as the chain of negligent acts and omissions of the authorities.

There it is ensured that the advances in the case were made from the mother’s own investigation and other relatives. “The investigation of the social networks of the people involved was not requested within the first weeks”; the police officer said that the mother “provided him with names and telephone numbers”; “The necropsy lacks the basic requirements” are some examples of the obstacles that the family had to overcome.

The solemn event was part of a series of measures that the IPN announced to advance in the fight against gender violence. Others, announced by the institution’s general counsel, Federico Anaya, are the granting of a professional title post-mortem to the young woman who was thrown from a fifth floor in January 2016, as well as the creation of a chair to investigate and debate violence against women. “This long and difficult task is just beginning,” the lawyer said.

Although she accepted the apology, Yesenia said she found the event “improvised.” “Until now I have not seen anything from the Polytechnic.”

The program announced an intervention by Arturo Reyes Sandoval, general director of the IPN, but the official did not speak. The official voice corresponded to the lawyer Anaya, who thanked Marichuy’s family “if they can be thanked, the pain they have had.”

Regarding the apology offered to the Jaimes Zamudio family, he assured that “it is the first essential step to stop gender-based violence in our institutions.”

Piedra Ibarra, head of the CNDH, acknowledged that progress in the case is due above all to the tenacious struggle of Yesenia Zamudio, who during the protests repeatedly demanded the resignation of the ombudsperson.