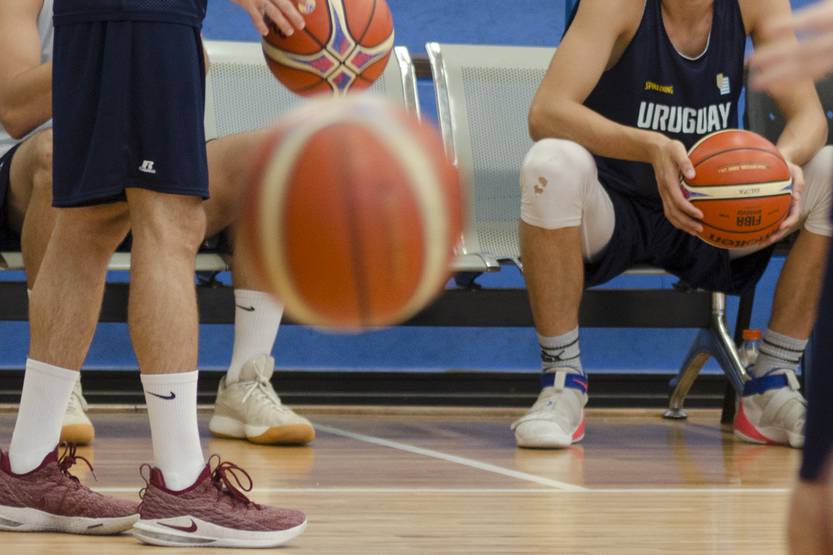 The Uruguayan Federation of Basket-Ball (FUBB) and the Uruguayan Child and Adolescent Institute (INAU) met at the FUBB to sign an agreement that promotes the practice of basketball in boys, girls and adolescents linked to the INAU.

The agreement consists of facilitating access to the facilities of the clubs in the federation, as well as the presence of Physical Education teachers, for which they will have days of physical activity and recreation.

They will also have the possibility of accessing basketball shows for boys, girls and adolescents linked to the institute.

The president of the FUBB, Ricardo Vairo, and the secretary general Sebastián Alonso agreed on this with the president of the INAU, Pablo Abdala, and the director Aldo Velázquez through a document in which it was stated that the INAU as an organism of promotion, protection and attention of children and adolescents in the country, must seek equal opportunities for access to social resources, and for that it will have the support of the FUBB, which also works with the aim of promoting sports practice. “In order to develop their potential and to be able to form autonomous personalities, capable of integrating socially in an active and responsible way,” the contract was drawn up.

As established in the two-year union, in which cooperation between the two institutions was promoted to carry out programs and projects, they will have access to different instances that promote social integration, such as the matches of the national basketball team or didactic days with the national team of training coaches, among other actions.

“It is not an agreement that only declares good intentions, but that already provides concrete actions, among them that children will enjoy the facilities of the FUBB, where they will be able to learn and practice sport,” said the president of the INAU, Pablo Abdala, during the signing.

“In this way they will be able to access the practice of sport with ease. It means something very important for children and adolescents who are going to be able to use the facilities of the FUBB ”, he added.

In turn, he argued that in this context, new agreements may be signed with the different institutions adhered to the FUBB, which continue in this line of giving them the opportunity to join one of the most important areas at a social and individual level, such as is the sport.

“It is a set of decisions and instruments that go in the right direction, it is not necessary to base the importance that sport and recreation always have and particularly in this stage of life, which protects them and gives them the possibility of promotion, development and development ”, concluded Abdala.