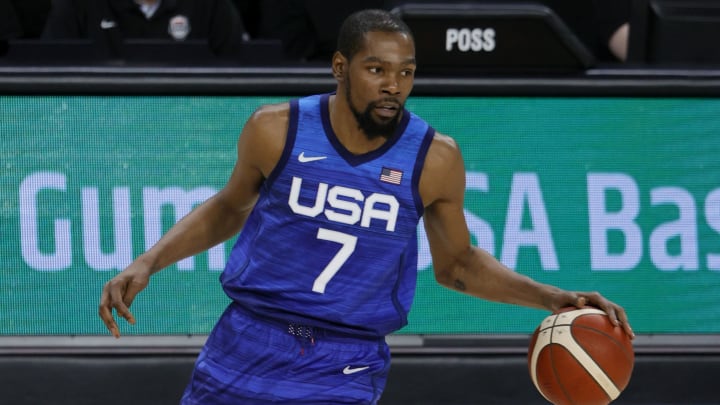 The United States national team He has lost both games in preparation for the Olympics and that of course has all the alarms going off around the team led by Gregg Popovich.

First, it was the Nigerian team that surprised them by defeating them with a final score of 90-87, in a game where Gabe Vincent of the Miami Heat was the great figure when he finished with 6 triples for a total of 21 points.

“I think that with only four days practicing we showed interesting things, things that I even liked. In a way I’m glad we lost, but it won’t mean anything if we don’t learn from it. The most important thing is to enrich ourselves with what happened and turn the page.” Popovich stated after the game.

The problem is that after that duel they lost to the Australian team with a final score of 91-83. San Antonio Spurs player Patty Mills was the Australians’ leading scorer, registering 22 points and 4 assists.

From July 1992 to July 2021 Team USA had two losses in friendly matches and in a span of three days they lost that same number of matches. That’s why the weather is pretty tense around the team, but now is not the time to panic.

It is true that one would expect a team with stars of the caliber of Kevin Durant, Damian Lillard, Bradley Beal, Jayson Tatum and Draymond Green (to name just a few) will dominate their rivals, but this squad just met a few days ago and needs more time to work on the chemistry. With the high level that international basketball currently has, it is no longer enough with just talent.

I am completely sure that the moment Popovich finds the ideal rotations and operation, this team will be a true indestructible machine. It will not be a walk, much less your way to the gold medal in the Olympic Games, but it will be very difficult to stop all these figures from the best league in the world.

These defeats will serve to shake the US players out of their slumber a bit and help them arrive in Tokyo hungrier for glory.

Do not despair or think that this team will be a failure, you will see that in a few weeks the waters will take their place again and we will see Durant and company in the place of honor.