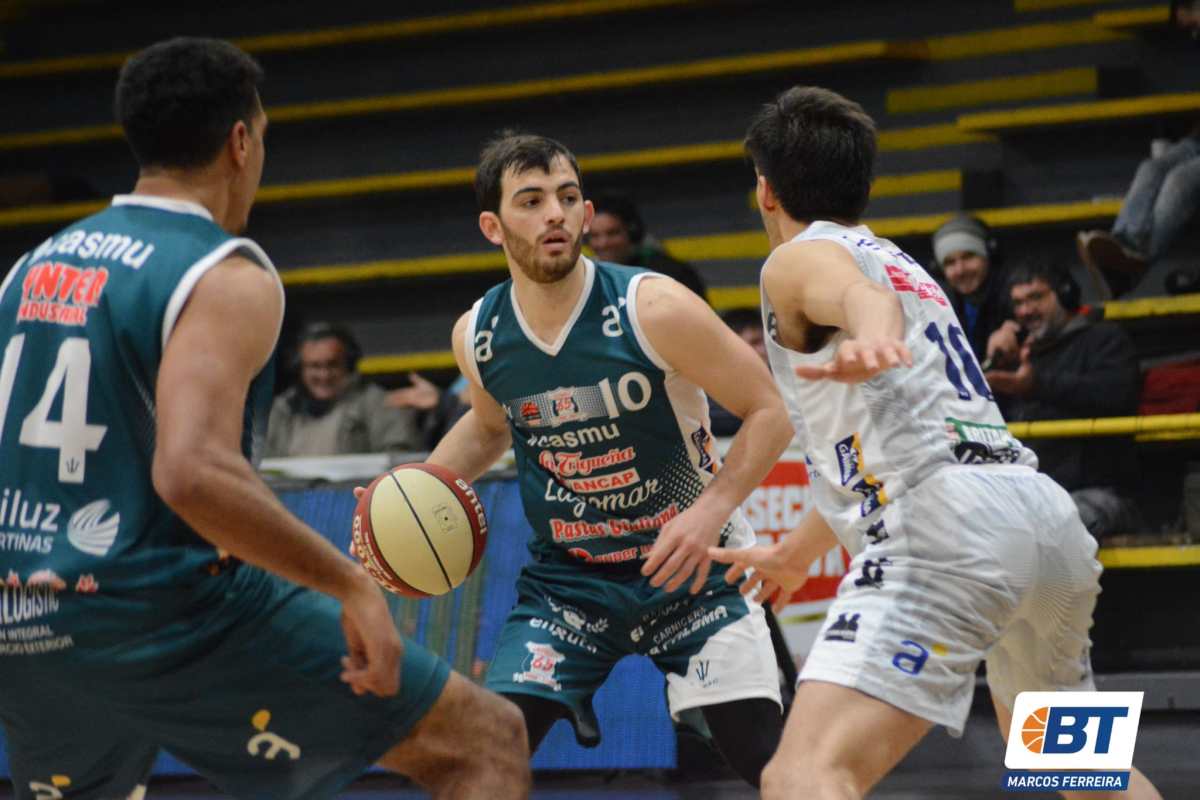 In the second-hour game, Lagomar took his point after defeating the “S” del Prado team by 76-58. Lagomar is at the top of the table. After the duel and with a blackout, Básquet Total spoke with Santiago “el Pulpo” Wohlwend.

“This game was crazy, what we had to live. Personally, the first quarter I had to look at it from the outside, analyzing what was happening inside, how my teammates played and also my rivals. Although I know all of them, I never had the opportunity to share a campus with them. I think observing what was happening on the pitch allowed me, when entering, to help from another perspective. Luckily I was able to do it in the best wayWohlwend stressed.

“El Pulpo” was asked how he received the news that he was going to play again, and what it felt like not to come playing, and thus he told us: “The divine truth, I’m not going to lie to you. Yesterday the news reached me that there was a chance to come to Lagomar, as soon as they told me I said yes, I was immediately prepared for this moment, this opportunity was given to impersonate an unnamed person. I was always ready to take this beautiful opportunity, I never stood still, I always did work and I supported myself. When I got to the club, the divine people, they asked me what I needed, they treated me as if it were my home. Luckily we have a very nice human group and that contributes and speaks of the group in general. The results they have had are good, they have not had any defeats, and today we seal the victory“.

Stockolmo is a team that plays well, how they raised him and took this game, as he commented: “Stockolmo is a good team, he plays good basketball, we were able to shorten his goal path, we lowered his average, that was key and they missed a lot. We think that we get confused in the defensive rebounds, but it is part of the game and luckily it happened, we managed to close it in the best way“.

“That is why the human group is very united, we all shoot for the same side, I think that, inside the field, it is very noticeable and makes the results are in full view of all. If I get to play the role of scoring, assisting or encouraging from the outside, I will be prepared to give it my all, the main thing is that the team wins. At the beginning of the game I was a bit nervous because I had not played for a long time, I settled in well, and I did a good role contributing from where I played today”, He declared about his companions. At the start it was difficult for him, as he was not playing, but with the passing of the minutes he settled on the court.

Lagomar leads the Metro table, he still does not know the path of defeat, Santiago Wohlwend was consulted about Lagomar’s objectives, thus he stated: “Lagomar is there for the day to day, every day is lived as a party, we have a divine human group. They convey tremendous joy and I think that is part of the group that was formed. Time will end by saying, I think Lagomar is there to fight game by game, it has already been shown that he will fight anyone”.

After the duel, “the Octopus” went directly to the platform and took several minutes in extended hugs, he was moved, he was asked who those people were: “I went to greet my grandmother and my uncles. My grandmother is “dead” to see me play, luckily she was able to see me another game, and my uncles are Lagomar fans, grateful to them“.