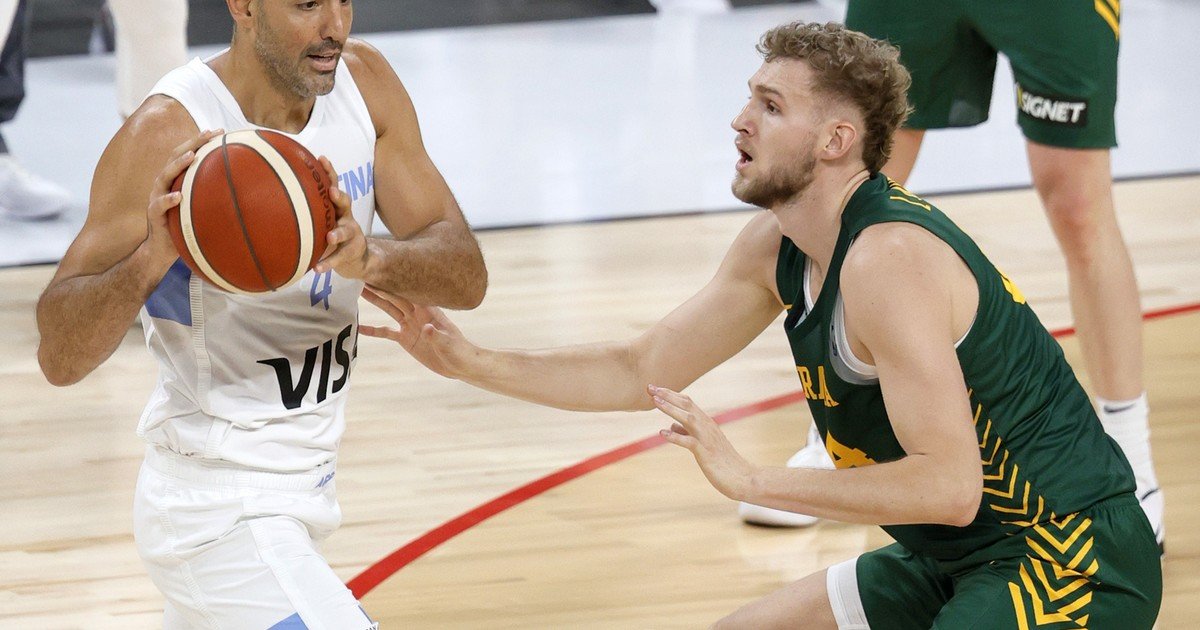 Luis Scola He had to wait a year to return to the National Team because Tokyo 2020 was postponed. In the interim he played for Italian Milan and Varese, that helped him to stay in shape to reach, today, as a scorer in the last tana league and at a good level. About the future and review of the past, Luis spoke with Ole.

“The Olympic Game was never my farewell, nor was it the end goal or anything. The Olympic Game was always important because it closed a cycle with this group and a lot of things, but the reality is that I always took things the same way as they happened. Year after year different things and moments happened, and I took it on. When the China thing happened, I went to play the World Cup in the best possible way, get the best possible result, enjoy it and, when it was over, I went to Italy, which had never been in my plans. And then the same process happened again. The pandemic obviously made everything that much weirder. But the reality is that: I would not have played in Milan or Varese if I did not feel like doing it, regardless of the fact that at the end of that year there was an Olympic Game. And today is not my farewell, the last, the finishing touch. When Japan ends we will see what happens, it will surely be the retirement for a logical reason, for the 41 years.

-Did you miss something in your career?

-I would have loved to be NBA champion, win the 2019 final, play with Lebron James, Kobe Bryant, against Jordan… That is to say: there are always things that are good, that you would have liked to do, but when looking at my career, which I tried by all means not to do until it finished, I did many more things than I thought I was going to do. It was great what I had to live, an incredible journey, I really enjoyed it, I still enjoy it and I don’t even know when it will end, even though I suspect it. I feel like it reaches my ceiling, I did my best, I squeezed it as much as I could and there was no more to get out.

-Do you dream of five Olympic Games?

-I start to think and they put me in a place that I feel is not adding to me right now. It puts me in a melancholic place, so I try to avoid it. But I am sure that I will think that way again when I retire, take a kind of balance, look back a bit and understand what happened. Everything happened very quickly despite 26 years of being a professional. I remember that I wanted to play professionally, I felt that to be the best basketball player possible I had to dedicate myself to basketball, I had to only do basketball, and to do only basketball I had to be professional, collect money. That was my obsession, but to be a professional was to play in the league, and right away that became too small because by the time I was 13, 14, it was almost obvious that I was going to play in the league. And then that became “I want to play for the National Team”, and by 15 or 16 it also became obvious, I knew it was going to happen. And then I wanted to play in Europe and at 17 I had already signed with Tau Cerámica to play for 10 years. Then play in the NBA. Those things were picking up speed and even getting out of control. It is an endless roller coaster in which you have those little moments of calm there but there is always tension and nervousness … Did you see when you go on the roller coaster, that it starts to go up, and you are more worried because it is going up? There comes a moment at the top of everything on the roller coaster and suddenly you see the whole city and you go down and it starts to fly everywhere. A bit that is the analogy of what my career was. And it was the career of hundreds of players, it is not that I am special.

-And it was so. Finishing an Olympic Game and suddenly coming to a pause at the end of the roller coaster tip… And boom! It started again: you are going to play the Euroleague, you are going to play the other. It was also a bit the way I took it mentally, I didn’t want to slow down, I didn’t want to take a break, I wanted it to continue. What’s Next? Well, The moment will come when it will end, I’m going to have to get off and my legs will shake a little, like everyone does when they get off the roller coaster. Then we will laugh, we will tell how it was, we will look at the photos, which is a bit the balance of what I am talking about a little to play with this analogy.

Scola, this Monday against Nigeria in Las Vegas (AFP)

-The good thing is that you could always do what you wanted in your career.

-Yes, and that’s one of the things that makes me happiest: planning things. I did what I thought and never cared what others said or what others thought I had to do. For example, with the end of my career: a lot of people, even close people, wanted things for me that I didn’t want. I remember that when they cut me off from Brooklyn (2017), people called me and said “I’m crossing my fingers that you sign on to a team”. And I did not want to, in fact I had three or four teams that called me to play the playoffs that year and I rejected it because I had already decided that I did not want to play in the NBA anymore, I did not feel comfortable with the level that I had. And they asked me if something had come out … “But I answered you three days ago that I am not going to play in the NBA anymore!” And at some point one: “You have to retire in Rio because it is the finishing touch of your career.” Well, in fact they told me in Beijing 2008. And I was never interested in having a closure, a brooch, I was never interested in having a cinematic ending. That has no value to me, and see if I had retired in Beijing.

-You would have missed a thousand things …

-A million things happened. I had hundreds of opportunities to give it a cinematic ending. The last one was in China, but that does not move me, and there are things that do move me, which are common and I go for that. I go for what I think I have to do, I do it and when I do what I think is right, I am calm and I have no problem with that. And that makes me happy. When I’m done I’ll be happy about that. I lived my career my way, I did it the way I wanted or I thought it was better. And that makes me very happy.