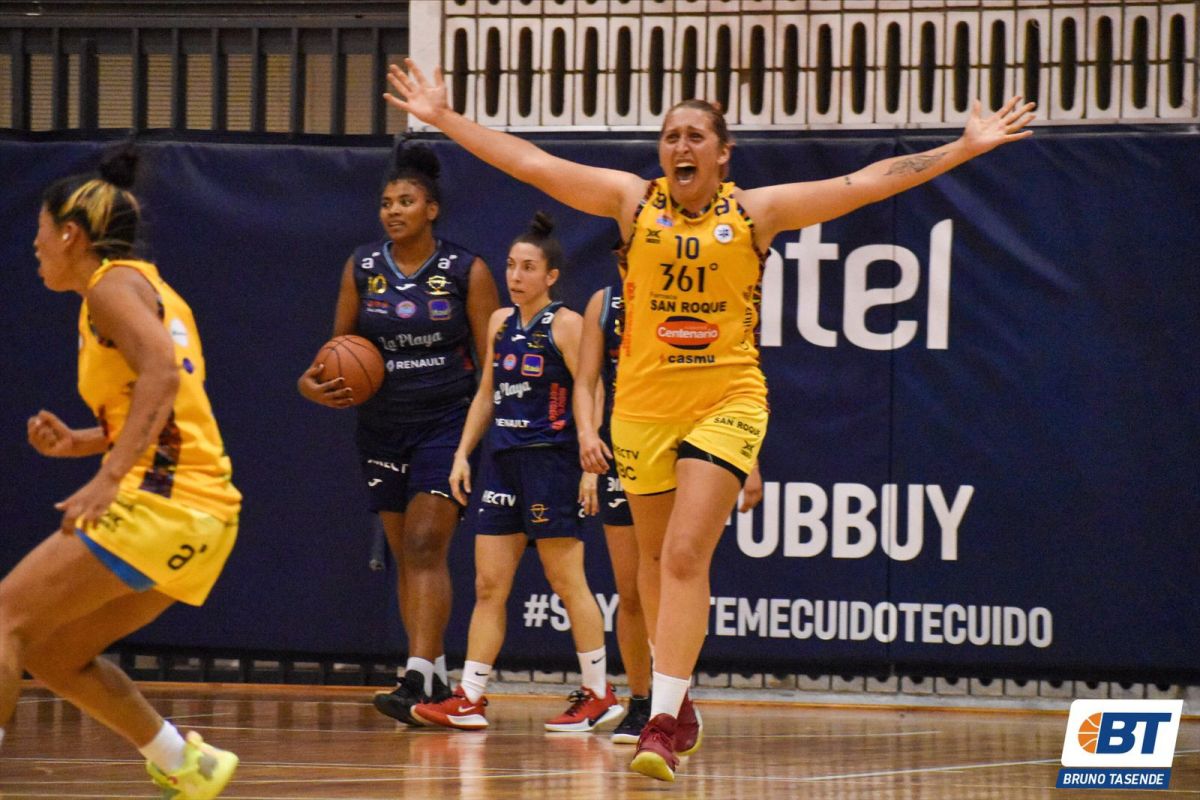 Hebraica Macabi achieved a historic passage to the final of the Women’s League in the last ball of the match with a double from Daiana Cartró. Once the match and the Maccabean madness were over, Básquet Total spoke with the star of the night.

Asked if she had dimension about what she had done, Daiana was clear: “No. The truth is that I come from the last game that I couldn’t play because I sprained playing football and I had no choice but to watch it from home and today I told Luis (Pierri) I’m not 100% but I’m going to play whatever it is and the The confidence of the partners is the key to everything. They told me come in and do what you know things are going to come out. And I honestly still can’t believe what I did. “

Is that Daiana was only under the ring with a second to go, after a great stack by Ana Paz who took three marks and saw her alone to give her a formidable assist. About this play he said: “I don’t know how the ball got into my hands. It was planned for Anita to play it, because he came in a barbarous night putting a lot in and they all came out to mark her. So I went to the bass because I thought he was throwing it and I could this for the rebound. I never imagined that I was going to pass it and I did not see how much time was left on the clock, I only know that when I grabbed it I went up as fast as I could and it was just to close the game, incredible to be honest. “

Cartró not only put Hebraica in the final, he also cut 18 consecutive Malvín finals and this is a before and after in women’s basketball: “The truth is that I am extremely happy, this team deserved to reach a final. We have been rowing it and rowing it for years. This year, when we started the preseason we said, this is our year, we are going to prepare to take the step and reach the final and with short objectives one behind the other as we went through the rounds. One of those goals was to beat Malvín, we wanted to beat him and meet Malvín because we had faith that we were going to win. We are very happy to have achieved it and now we have to prepare the final. “

Macabi won the first semifinal and seemed to have everything on track to reach the final with Malvín without his foreigner for the second game. But a stop came barbarous to the beach team that brought a new foreigner and broke her in the second game. Asked if that affected them something on a psychological level, Cartró said: “It changed a lot, because the strategy changes. My game for today was to go in and defend the foreigner. The truth that with the parate was something that we had very clear, Malvín was not going to play it without a foreigner. What we did not know who it could be, we had a rumor that it could be a Brazilian, but not that it was her with a physique and very great power on the bass. In his debut, my injury occurred, I couldn’t be there and they couldn’t defend it.

On how he felt not being in that game and seeing the superiority with which Malvín played in the low post, Daiana said: “That day I had a very bad time from home, I looked at the whole game and I knew I had to come, play today and fight with her and I knew that someone was going to win, I could lose, but I wanted to be sure that I was not going to win. . “

Now there is a 3-week break for the start of the finals, consulted about how this changes in the team and what planning is coming, she said: “You have to continue training as always, it is good for me personally to recover from the sprain, because the truth is that today I played with pain the entire game. We have a long stop, train a lot and recover to play a final that we have wanted for a long time. “

“I still can’t believe what I did”