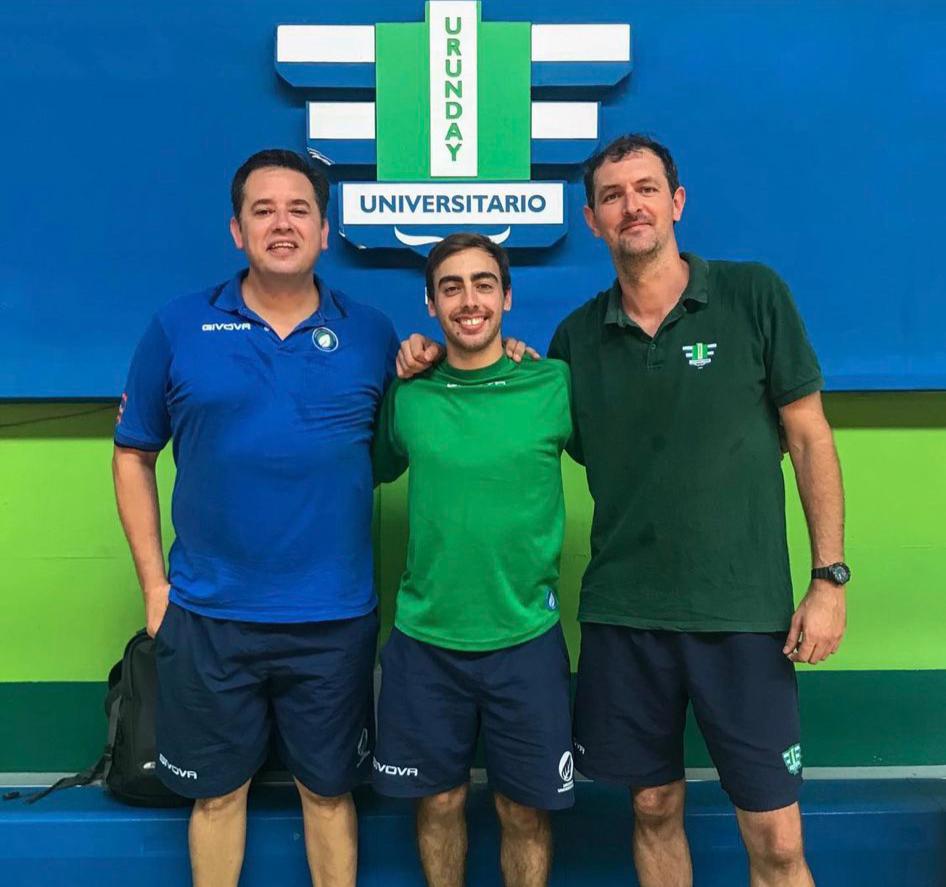 The round of coaches of the Women’s Basketball League arrived at Avenida Joaquín Suárez to talk with José Mackiewicz, who will have his first experience in front of a larger team with one of the championship’s debutants, Urunday Universitario.

I am together with the teacher Santiago Filippino, who apart from being a physical education teacher is a basketball coach. He will be accompanying us a bit since he will work in El Metro with Verdirrojo, but with us he fulfills both functions, he is an assistant and a teacher at the same time.

How did they make up the squad?

It is the first year that we are working, we have been working little by little, sometimes the practices are complicated by the differences in level.

It is almost a whole new team since the club did not have a main team, there were only formations and three of the gurisas are from those schools; Others practiced with Diego Olivera, who was the one who was going to direct, but how will he be with Miramar at El Metro? They offered me the position and I took it. Of those girls, some trained here but did not play in the club because there was no U19 championship or older, they were going to play other teams but they trained all year here and now that there are older people they stayed with us.

We made an open call and many players came, some with a lot of experience such as Fiorella Garbarino and then players who had no place in other teams, they saw the call and entered and little by little we are armed.

Are you satisfied with the campus?

I am crazy about life with the squad in what is going to be the first year that it competes, it is very good and although we lack a lot of work time we are fine in terms of the number of days of practice but we have a lot to do working unlike teams that come with many years of work such as Defensor Sporting or Malvín that makes it easier to get the coach’s ideas to flow and makes the job easier.

Are you looking for a foreign player?

It is not the idea to bring a foreign player, it is not really in the plans.

How have you been working with the preparation of the campus?

Although we have been doing a good job, I wish we had more time, there is a lot of detail that is sometimes lacking when it comes to the feminine. This basketball sometimes has the problem that not all the players did training, that preparation that occurs during the passage of training from mini to youth gives many game elements that if they had not done them they are missing. Without knowing much about this medium of women’s basketball, it seems to me that it is a big problem that not all the players did the work of fundamentals, tactical concepts and details of the game that more or less all youth and that already in masculine if they handle it, they have them for having had those 6 years of training competitions and that means that here you have to have more time to work, there are girls who left to play without competing anywhere, without formal training other than having played a dressage, they had a passion for basketball, but no formal training.

Have they played friendly matches?

We came behind with that matter, we played a few days ago with Trouville and I was very satisfied not so much with the operation but with the attitude of the girls to face the game as such, it helped me to draw conclusions for the championship and I am convinced that although We have a long time to go, we are going to arrive very fair, but we will arrive.

How do you see your coaching debut in front of an older squad after being a player?

It’s going to be my debut against a main squad and I’m crazy about life. I was as Héctor Da Prá’s assistant in the LUB men’s team and I was also as a coach in training but at the senior level as a head coach it is the first time.

As for the transition from player to coach, it occurred in the last years of my career that I had been doing the course, I was quite tired of training and with my other job outside of basketball he made it simple but at the time I did not miss playing but later yes the bug bit and I’m playing with the veterans here at the club at +30 and +40 with the “Caballo” (Sergio Lambert), the “Torito” (Nicolás Gentini) among others, I left in 2015-2016 after my last league Uruguayan Basketball with Aguada and then I did not touch a ball for two years until the bug returned and we are with the veterans, this year the competition was somewhat stopped but I keep putting something like always (laughs).

What are the scholar’s goals for this season?

It is a single objective and it is to put Urunday Universitario in competition, from then on everything that comes is profit, all without much mystery, without much pressure for results.

What do you think of the competition system?

I personally see that there are clubs that are in their first year and teams that are way above the level. I would have bet to play divisional type the first few years and find a way to classify from the bottom series to the top series. It seems to me that it does not serve the most powerful teams as much as the new teams that play like this is a mystery. We are aware that it will be difficult for us to play with the teams that have been installed in the League for a long time.

I told the female leader here that if the vote depended on me and the idea I have is to do series, match the levels, that there be promotions and descents; I was not afraid of starting in series.

What has the diffusion of women’s basketball left you in recent years?

There was a very big explosion, especially with the web pages that give it its space, as well as on radio and television with exclusive places that talk about women’s basketball, all that is welcome and helps growth but I think that the main space has than being in the clubs.

Nowadays here we have more than two days of practice, we arrange with the teacher, we have a space to work on the physical part and then go to the field and we have very good schedules, before that happened that the schedules were bad when you had court rentals. games of the first division and that but today that has changed and as I always say, the diffusion makes the product very good.

What would be your message towards the bias of Urunday Universitario?

That they should feel proud that Urunday Universitario bet on the women’s basketball project in first class and that they follow the team, that the attitude will not be lacking. We may lack work but the attitude is not negotiable and that has me pleasantly surprised.

Can this first experience in front of a main squad be the springboard for a pass to a main squad of the male?

I have been working in training for a long time and it is not because of a capacity issue that I am not, but because of a time issue, the time that a subway squad takes is what complicates it, it is a very great dedication, not to mention the League Uruguayan Basketball. That was some of the reasons why I moved away from being Héctor Da Prá’s Technical Assistant here, at a time when my son was born and he was really tired, we trained double hours and with the other job together with the training sessions of late, the boys’ games and the league games with the main squad did not perform at full capacity as it should.

How does that facet of “Pepe”, a History teacher and Basketball coach, get along?

They are separate independent things, there are no more problems than overlapping schedules. The teaching task requires a lot of work outside of class and also adds to the lack of time for exclusive dedication to one of the two things.