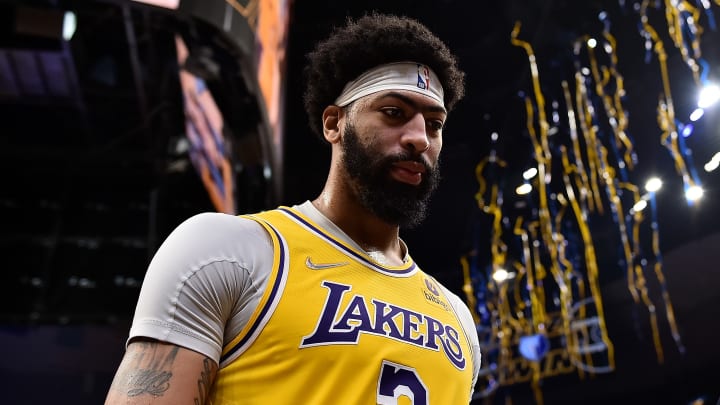 Los angeles lakers they will not be able to count on Anthony Davis after it was revealed that due to an injury to his left knee, he will be absent for at least four weeks.

This loss could have serious consequences for the Lakers’ 2021-22 season in the NBA, especially given the role that some of his teammates will have to play to supply his production and head towards playing the postseason at least.

Currently and due to the series of players who are not available to play due to the sanitary protocols against COVID-19, Californians only have two pure indoor players in DeAndre Jordan and rookie Jay Huff.

That will force not only that this pair of players – and later Dwight Howard – have to have more prominence, but it will demand an even higher performance from the offensive on the part of Russell Westbrook, Carmelo Anthony and especially Lebron James.

A particularity in this campaign is that without Davis the Lakers have shown a good performance, however, it does not seem that it is something very sustainable, considering that LeBron is already playing around 37 minutes per game, a worrying figure for a veteran who comes from dealing with multiple injuries in the last year.

So far, Davis is averaging 23.3 points and 10 rebounds in 35 minutes per game, thus far being the main center of the rotation, which of course will give coach Frank Vogel a headache. This opens up the possibility of bringing in another player, either from free agency or via trade.

Among the encounters that the Lakers must take on without Davis there are direct duels with contenders such as the Chicago Bulls, the Brooklyn Nets, the Utah Jazz and the Phoenix Suns. Today the LeBron-led organization has only two games over .500, which presents a troubling outlook for the team.

Not a minor detail is that Davis’ type of injury is potentially one of the most delicate for an athlete, since although he did not manage to suffer a torn ligament, his recovery should be focused on avoiding it and could end up meaning that his absence is even longer.

How will the loss of Anthony Davis affect the Lakers for a month?