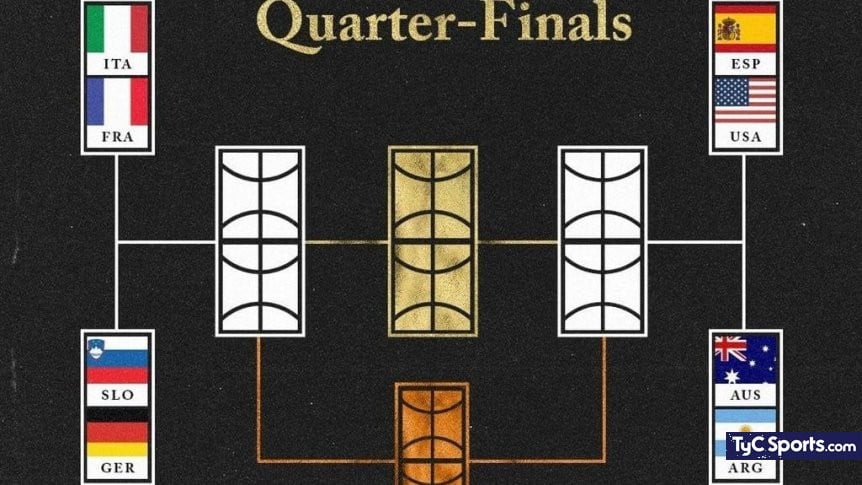 The draw carried out by FIBA ​​defined the rival of the Argentine National Team and left a great match. Look at all the crosses.

The quarterfinal draw for basketball at the Tokyo 2020 Olympic Games was defined. The International Basketball Federation (FIBA) was the body in charge of carrying out the draw that He defined the next rival to the Argentine National Team and also left a great game.

Alma will play their quarter-final match on Tuesday, from 9 o’clock, against Australia, who finished first in Group B and with a perfect score: defeated Nigeria, Italy and Germany. For its part, Sergio Hernández’s team finished the group stage with two defeats (Slovenia and Spain) and one victory (Japan), and qualified as one of the two best third-parties.

Without a doubt, the outstanding duel of this instance will be the one that will have as protagonists the United States and Spain. The team seeking its fourth consecutive Olympic Games gold medal against the reigning world champion. This tremendous encounter also It will be played on Tuesday, even if at 1.40.

The other two quarter-final matches will face Slovenia and Germanyto, on the one hand, and Italy and France, for the other. The first confrontation will be on Monday at 22, while Italians and French will collide on Tuesday at 5.20.

The Australian NBA that will face Argentina in Tokyo 2020

For its part, The Argentine National Team has three basketball players who play in the NBA and they are Facundo Campazzo (Denver Nuggets), Gabriel Deck (Oklahoma City Thunder) and Luca Vildoza (New York Knicks).

Picture of the painting: @cabboficial