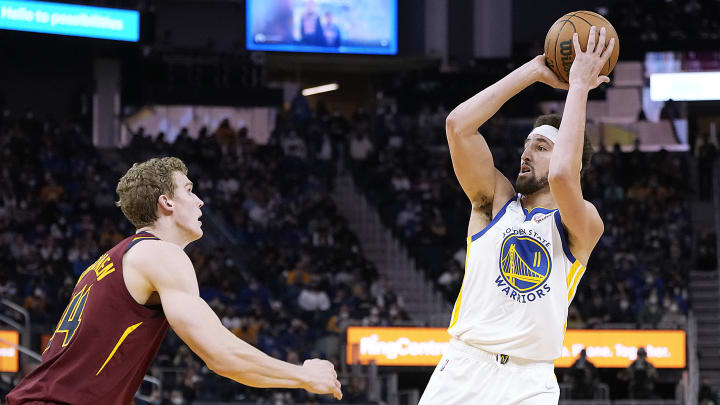 Klay thompson was one of the great notes of the NBA’s Sunday session when he played his first minutes with the Golden state warriors, after an absence of more than two years due to injuries, which prevented him from acting for more than 941 days.

Thompson was vital in his team’s triumph against the Cleveland Cavaliers, by scoring 17 points and grabbing 3 rebounds in a total of 20 minutes of action on the Chase Center court.

Likewise, the stellar guard of the league became the second player with the fastest record of 1,800 triples in history to consolidate in position 21 of the shooters list and remain only 26 baskets of this type of Kobe Bryant, according to data of the Basketball Reference portal.

Now that Thompson is back, one of the curious questions in the basketball world is how many 3s Thompson will finish with in his career.

One factor in favor of the Warriors player is that he is 31 years old, which could well allow him to climb to the top of the scorers list, as long as he is in prime condition and maintains his good aim for at least the next 7 years old, when he would be 38, an acceptable age for a player in his position.

Since he established himself as a starter in the whole of the Bay in the 2012-13 season, he has averaged a total of 225 hits from the third dimension, his best being 276 hits during the 2015-16 contest and the lowest of 211 in his second year at the NBA.

If we project Thompson to score at least 220 3-pointers over the next 7 seasons, that would give him 1,540 which, added to his 1,800, would leave him a total of 3,340 in his career, enough to put his name on the legends of that. specialty and very close to his teammate, Stephen Curry, who is shaping up to stay in the lead for a long time.

How many 3s will Klay Thompson finish with in his NBA career?