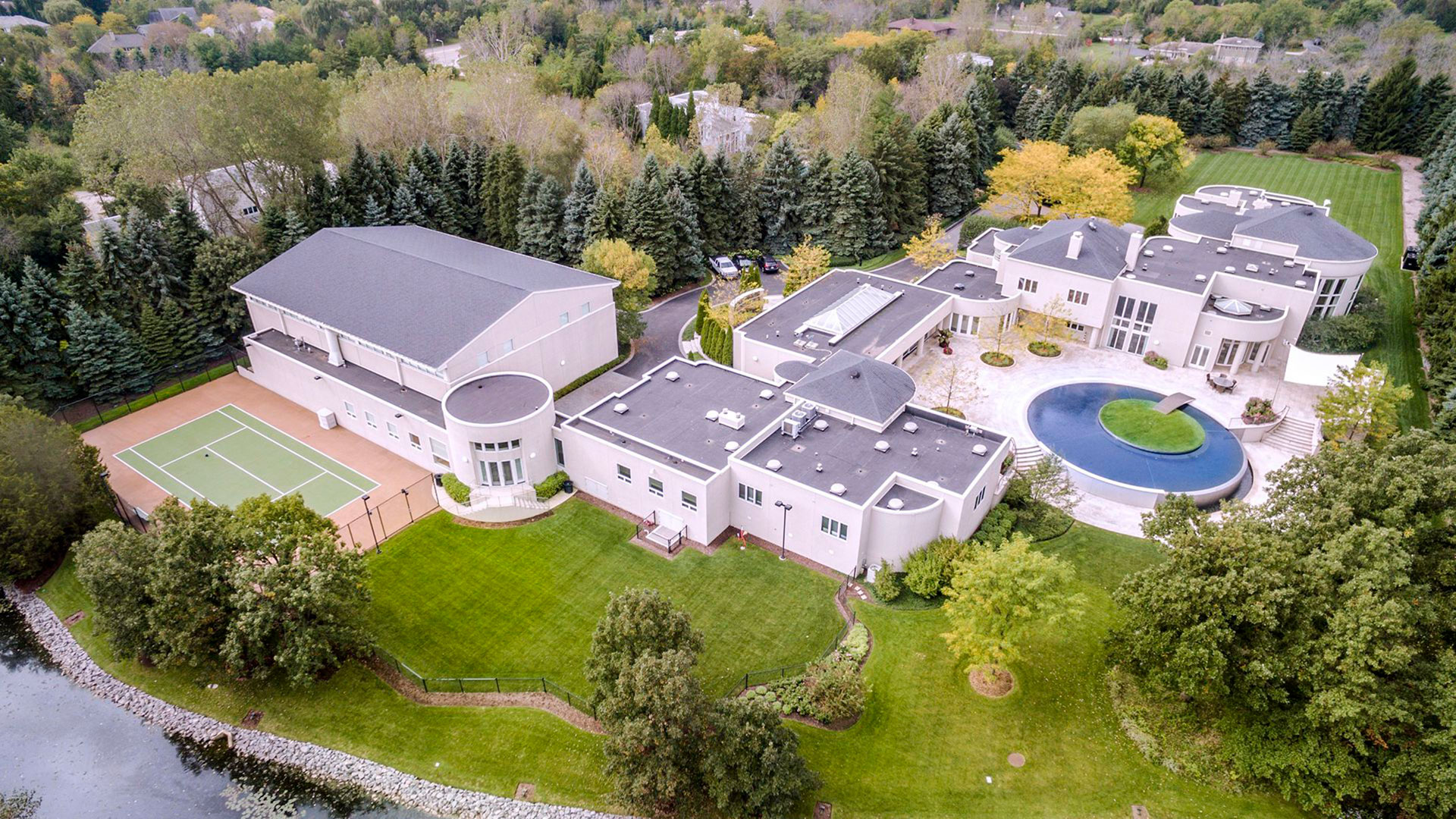 The luxurious home built by one of the best players in NBA history with 9 rooms, a basketball court, a swimming pool, a golf course and outbuildings (Photo: Concierge Auctions)

The luxurious mansion Michael Jordanone of the best basketball players in the history of the NBA, has in Highland Park, north of Chicago, It has been for sale since 2012 but has not found buyers, despite the fact that it has already dropped in price several times.

The lavish estate was built on a 7-acre parcel that he purchased in 1991 on the shores of Lake Michigan. Jordan finished building it in 1995 and renovated it in 2009. It is distributed on two levels and has 9 bedrooms, 15 full bathrooms, a large gym, a smoking room and a garage for 14 vehicles.

Inside Michael Jordan’s mansion, of course, there is a basketball court and outside, another tennis court plus a swimming pool. It has high-end appliances and technology and a cellar adapted to keep the wine in optimal conditions with a capacity for more than 1,000 bottles. 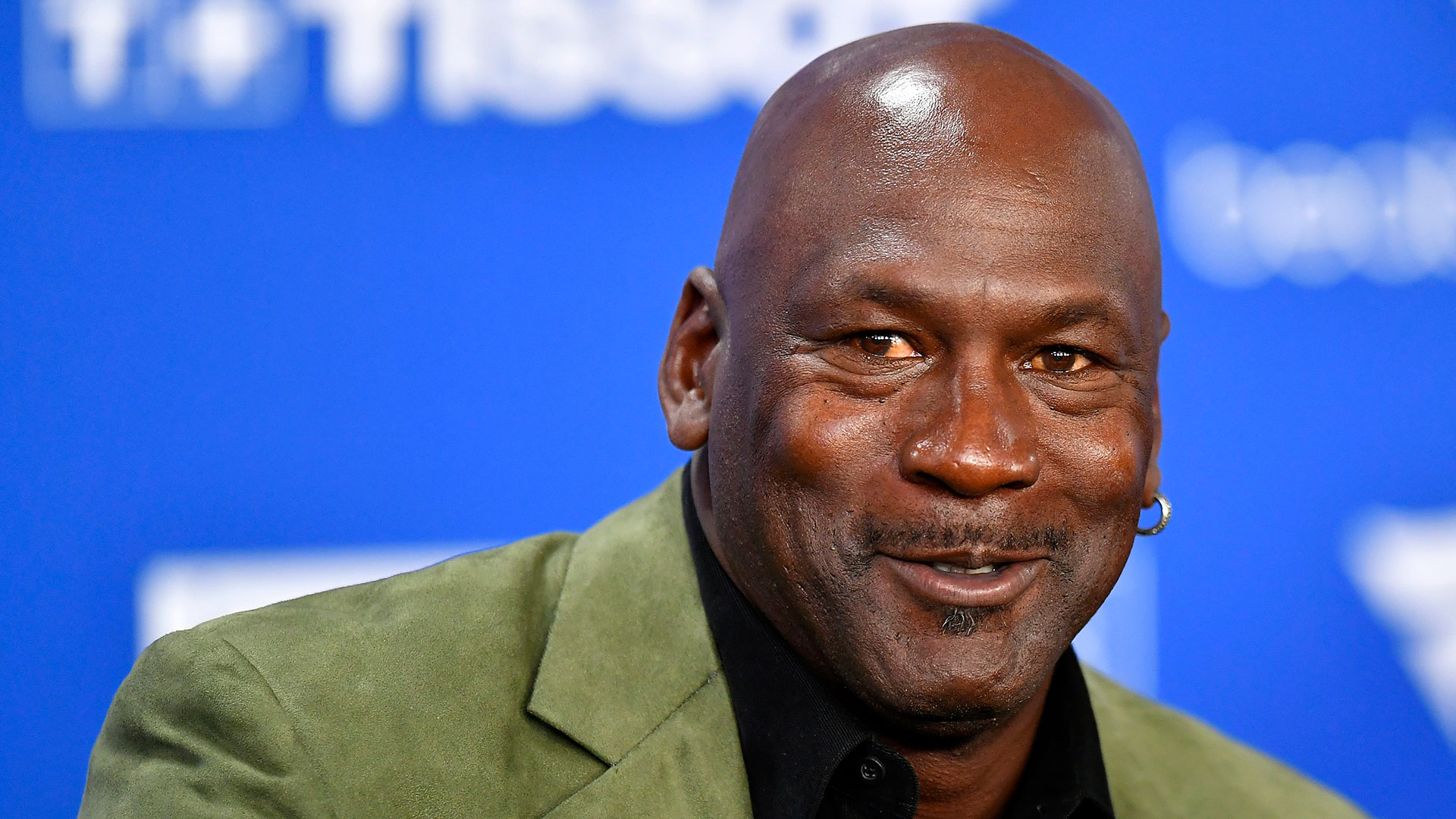 Michael Jordan today: the great escort of the Chicago Bulls, who with his 23 jersey led to the conquest of several titles in the ’90s (Getty Images)

The property started with a sale price of $29,000,000 and is currently being sold for half, although the owner would agree to sell it for less than $14,000,000 in case of being able to get rid of this property that in its access gate sports a gigantic number 23, the eternal number of the jersey with which “His Majesty”, as they call Jordan, led the Chicago Bulls to own six rings between 1991 and 1998. At that time he became a legend and established himself as the best in NBA history. 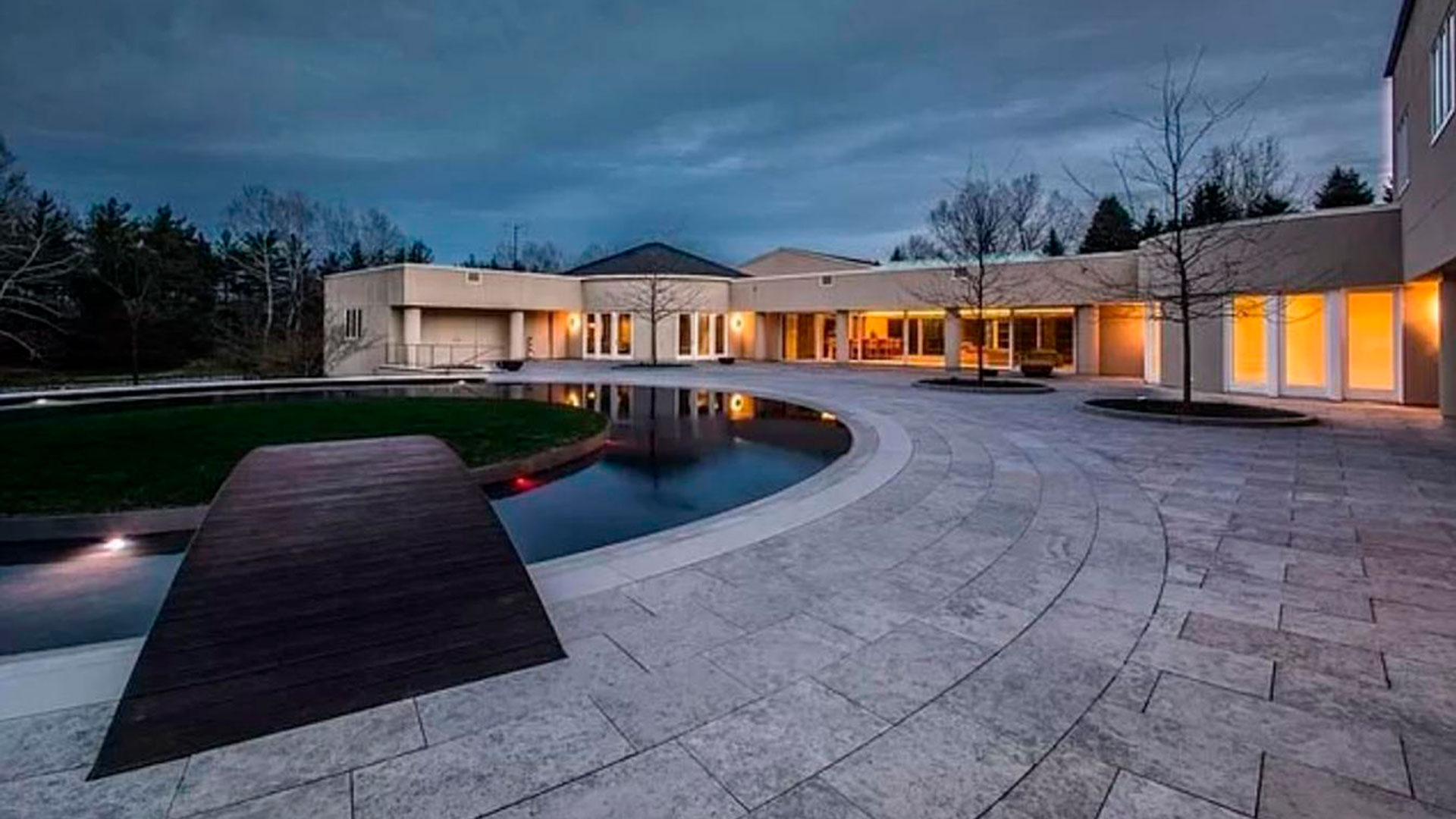 A large pool is part of the minimalist home

In 2015, in search of attracting a fan, Jordan assured that he would give the future owner of the mansion a lot with all the models of his Air Jordan shoe brand. But the proposal did not find interested. At present, the house is still among the offer on the market in the area and there is still no potential buyer.

Is a minimalist house with exceptional architecture, Its structure favors the entry of light through large floor-to-ceiling windows. Its roof is high and natural lighting is used through very intelligent formulas. 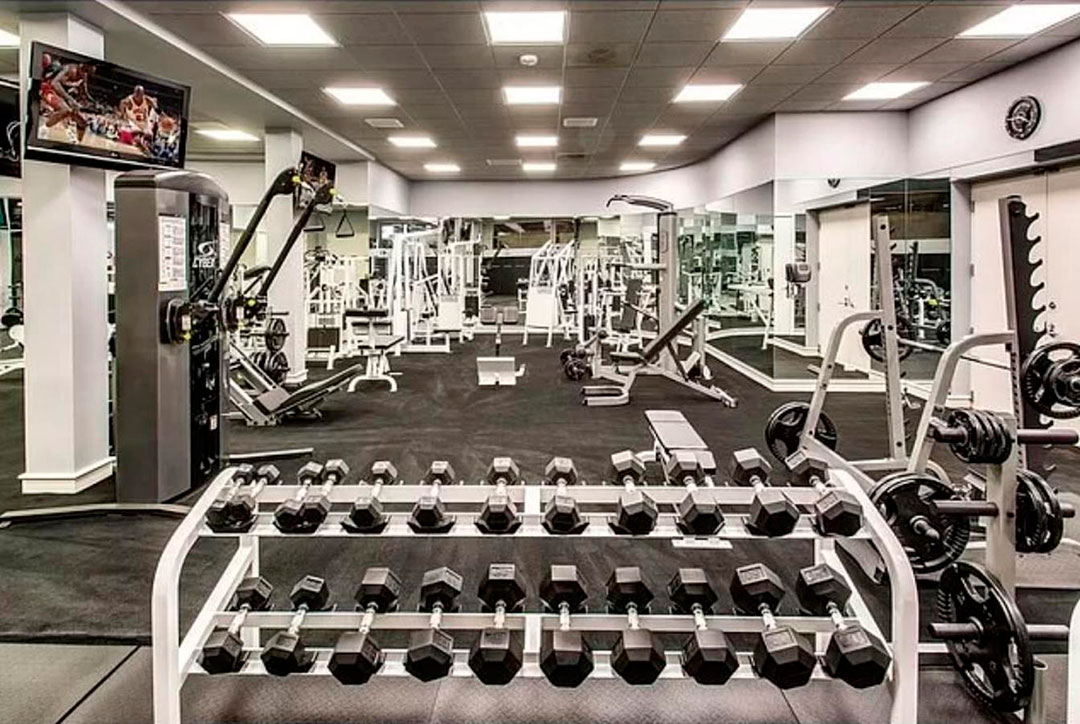 But according to real estate experts, It is a house so tailored to Jordan’s needs that despite its real value and being a unique house, it is very difficult to market. and that is why it has not been sold so far. “It is very difficult for clients to need a house with a basketball court, a party room, a golf course, a bar, a casino and among other corners. In the area there are much more versatile and functional homes for a family”, they explained in Marketwatch, a firm specializing in luxury properties, as reported The vanguard. 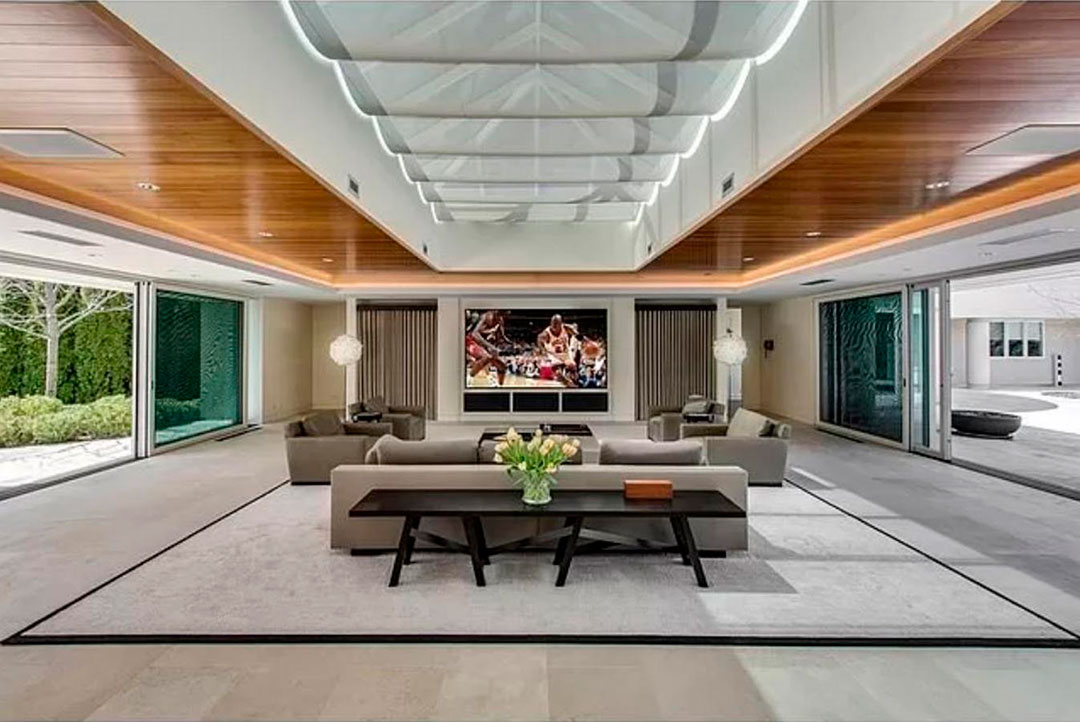 Living room and micro-cinema with a focus on basketball

The location of the property does not help either they say from the segment. Although it is located in an area with very good purchasing power, Highland Park is not a favorite of tycoons or famous people.

As appealing as the home may be to Chicago Bulls fans and other sports enthusiasts, its size and custom features will likely make it difficult to find the right buyer. 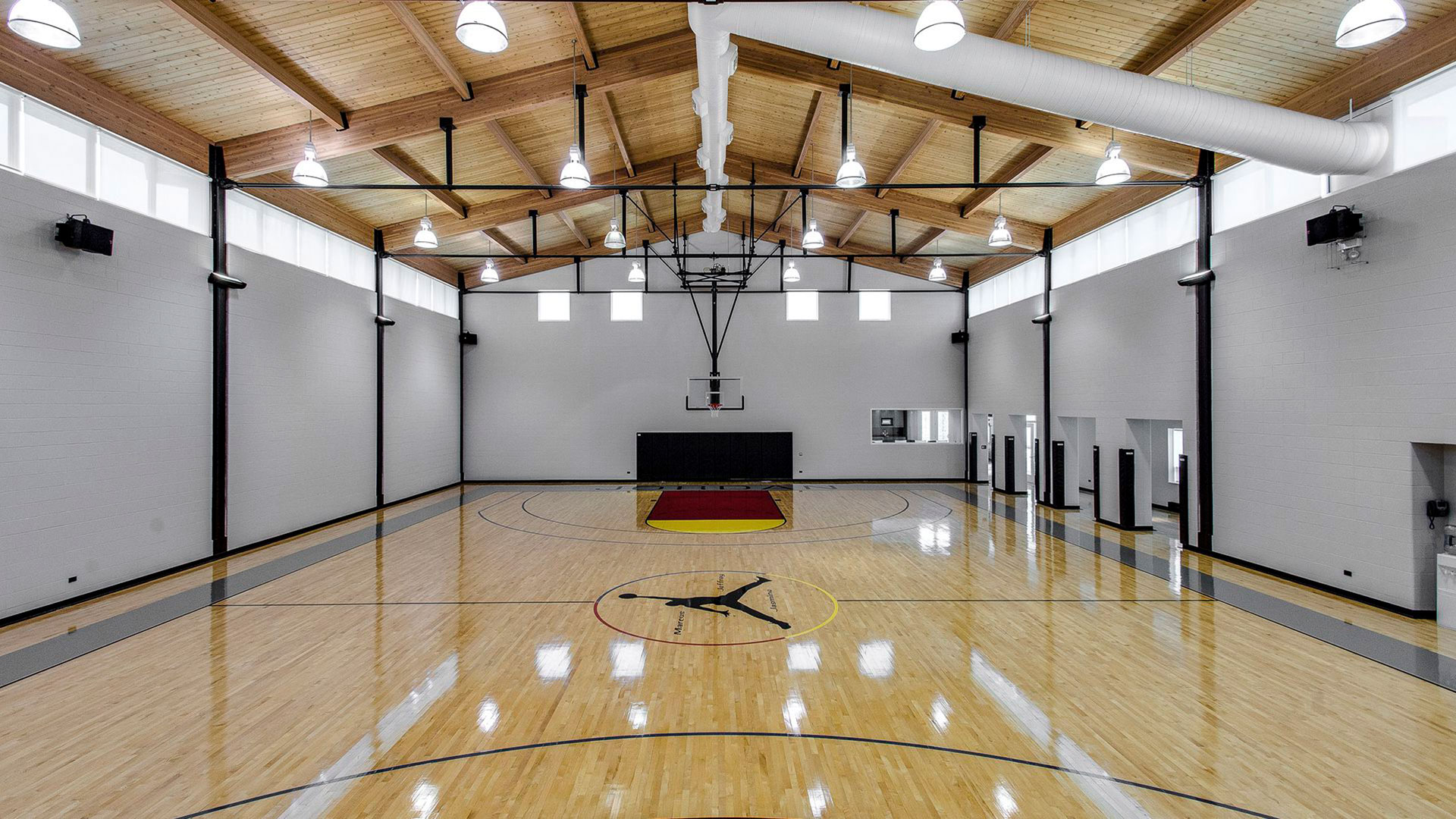 In Jordan’s house there are several rooms, almost as many as the player’s own moods. One of the ground floor communicates directly with the garden with swimming pool and golf course.

Another oddity is that there is a door that the eminent player of “the Bulls” did bring from the Playboy mansionand a table that he ordered to be built with the map of the city of Baghdad, the capital of Iraq. 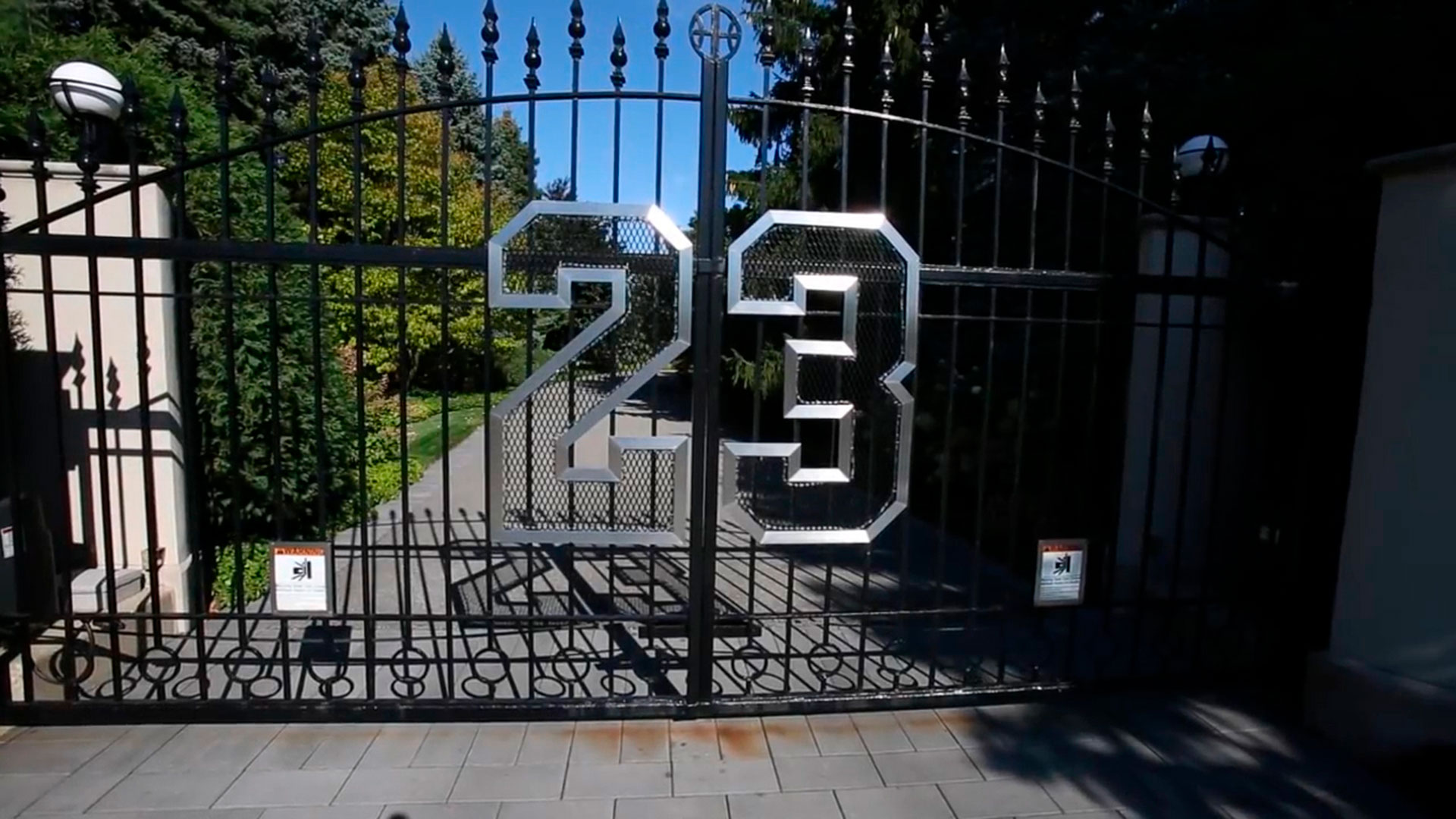 Entrance area with the number 23, the one Jordan wore on the Chicago Bulls (Photo: Concierge Auctions)

One issue is the closing costs and commissions that for such a price range in the $100,000, another against estimate from the North American Real Estate. The luxurious house that for now no one could buy also tried to be auctioned, which was not achieved either.

The president of the Chamber of Construction called for “privileging the use of foreign currency in inputs” for production
Inflation in the suburbs: the rise in food prices is almost 10 points higher
The economy has already begun to slow down but the Government would avoid a fall into recession in 2023