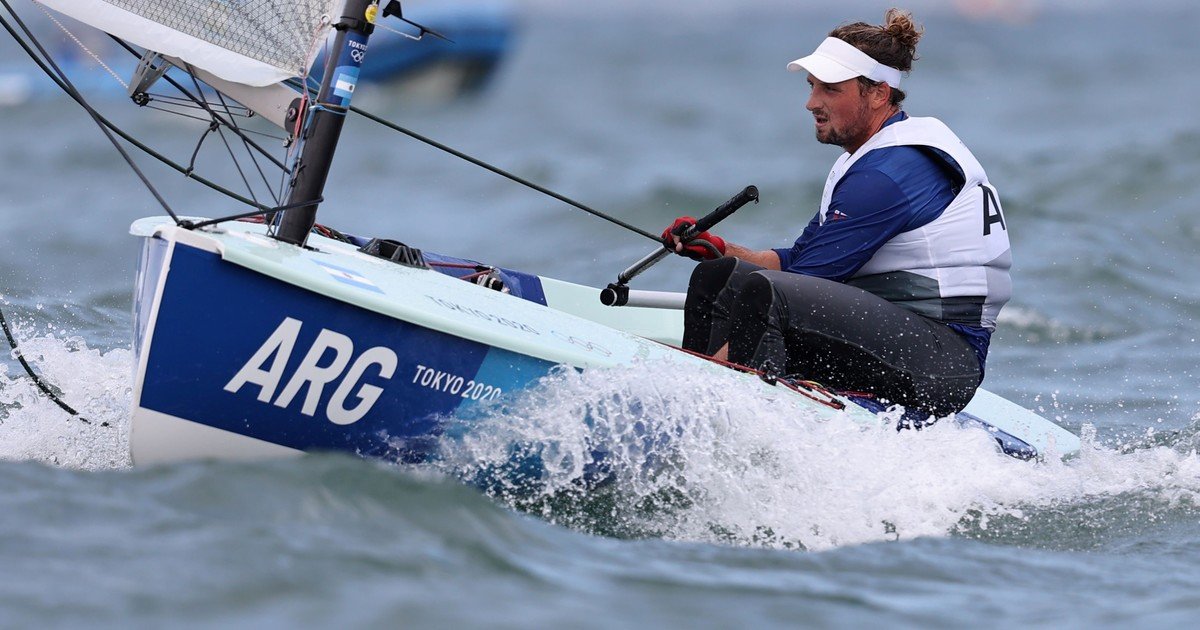 Since Atlanta 1996 that Argentina has always achieved at least one medal in yachting in the Olympic Games. And with the illusion of not cutting that run, the action will continue at dawn this Wednesday. Three national boats will be presented in the medal race, although only two have a chance to win a medal.

Ole makes a review of what has to happen for the Argentine delegation to get back on the podium. At the moment, in Tokyo 2020, the bronze of The Pumas 7’s it is the only great joy.

In this class compete Facundo Olezza. The sailor from San Isidro is sixth and will need a very good production in the race that scores double and cannot be ruled out. The situation is complex, but not impossible …

With the dismissal of his regatta No. 7, in which he added 16 points (20 is the highest score; it is worth remembering that the one with the fewest many wins, unlike many other sports), Olezza records a net of 52, the same amount as the Dutchman Nicholas Heiner, who would be winning the probable tiebreaker.

Olezza is in a difficult situation, but he is not discouraged.

Higher up are the British Giles Scott (28), the Hungarian Zsombor Berecz (37), the Spanish Joan Cardona Méndez (39) and the New Zealander Josh Junior (47). Here is the time to do the math … It quickly becomes clear that Olezza can’t win gold., since the difference with Scott is 26, when the maximum that can be added in the medal race is 20.

If he wins the race for the medals, Olezza will finish with 54 units (the winner always adds one, but with a double score this time there are two) and that would allow him to be silver. All those above would have to have a day to forget. If he does not finish in the top 3, Facundo will return to the country without metal.

The pair Victoria Travascio (helmsman) -María Sol Branz (crew) participate in this modality and are in a similar situation to Olezza. The possibility of a medal is possible but highly unlikely.

The girls will discard the 18 points of the fourth regatta to remain with 88 and in sixth position. Ahead are: the Dutch team (70), the Brazilian (70), the German (73), the Spanish (77) and the British (81). To climb to the last step of the podium, the only national opportunity, they must not finish behind second place and the Teutons be last. To that must be added that Spain and Great Britain also reach the bottom …

Victoria Travascio and María Sol Branz will give their all to try to celebrate at 49er FX.

Travascio-Branz have already won two of the 12 races that they disputed for the moment: they prevailed in the eighth and tenth, but they are paying the weak start, as well as the 12 points of the last regatta.

The golden duo in Rio 2016 will be left with the desire to get on the podium in Japan.

The “regular phase” was finished in seventh place with 75 units, already discarded the 14 of the eighth race. That makes it inaccessible to reach at least the 47 that the Germans Paul Kohlhoff and Alica Stuhlemmer have. For the gold, the Italians Ruggero Tita and Caterina Banti (23) are outlined.