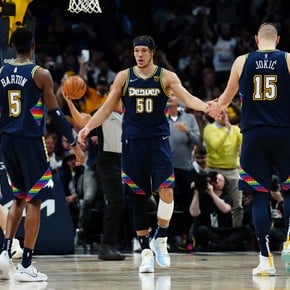 After a weekend full of games, in which all the first postseason games took place, This Monday the second games of the playoffs begin of the National Basketball Leaguewhere everything will be at stake for the losing teams, since the series are defined to the best of three.

Those teams that were able to take advantage of the locality in the first game, now they must change the venue for the definition. Meanwhile, the locals who fell in the first round will be forced to win to force a third defining match.

In the quarterfinals they wait Quimsa (1st), Commodore Gymnastics (2nd), Institute (3rd) and Penarol (4th), who are already classified for having been the best of the regular season.

Tonight, Monday, Celeste receives Ferro at 9:00 p.m. at the OTC Stadium. One victory is enough for Obera Be the first classified to the quarterfinals. In the event that Purslane wins, the third match will be played on Wednesday, April 27, in the city of Misiones.

Ferro lost 90-91 against Oberá at the Héctor Etchart.

In the first confrontation of the series, the missionary group took a victory that is worth gold from the Hector Etchart thanks to the winning shot of Melvin Johnsonwhich was the figure of the match with 35 points. Obera He came down a point in the last seconds of the match, but thanks to a play by the American, he managed to take the first game of the series 91 to 90.

Taking advantage of the locality is a determining factor in the clashes for the playoffs, and now San Martin will have two in a row at home to define the series. Tonight at 9:30 p.m. game two will take place, while the third (in the event of an Olímpico victory) would be on April 27 in Corrientes.

A Olympic He had a tough rival in the first round. San Martin, who won both matches against Ciclista in the regular season, once again achieved another win as a visitor and made it very difficult for Negro in the second game. The match, which had to be defined in two supplementary games, had as its protagonist Santiago Ferreyrawho came off the bench, commanded the offensive of the team from Corrientes and gave them the victory 111 to 106.

This Tuesday there will also be clashes in duplicate.

After the crushing victory of Xeneize against San Lorenzo 91 to 63, the series is ready for the final blow in Bombonerita tomorrow. In a first shift at 7:00 p.m.s, Boca will seek to seal its advance to the quarterfinals of the National League. In case of advancing, he could face Peñarol from Mar del Plata.

The last time the Ciclón visited the Boca stadium, they suffered a crushing defeat 94 to 68. In case San Lorenzo can counteract the offensive of the fifth best team in the league and get a victory, the series will be defined on Thursday 28 April, again in the neighborhood of La Boca.

The last of the series between the sixth and eleventh of the season, will be defined in the City of Corrientes. The second game will be on Tuesday at 9:30 p.m. at the José Jorge Contte Stadium. If necessary, the third game will be played on Thursday, April 28.

The team from La Rioja could not take advantage of the locality in the Super Dome and fell to Fantasma 109 to 98 in the first match. Regatas defeated Riachuelo in both games for the regular season and the last time they met in the capital of Corrientes, the locals were the winners by more than 20 points.

How are the National League playoffs?