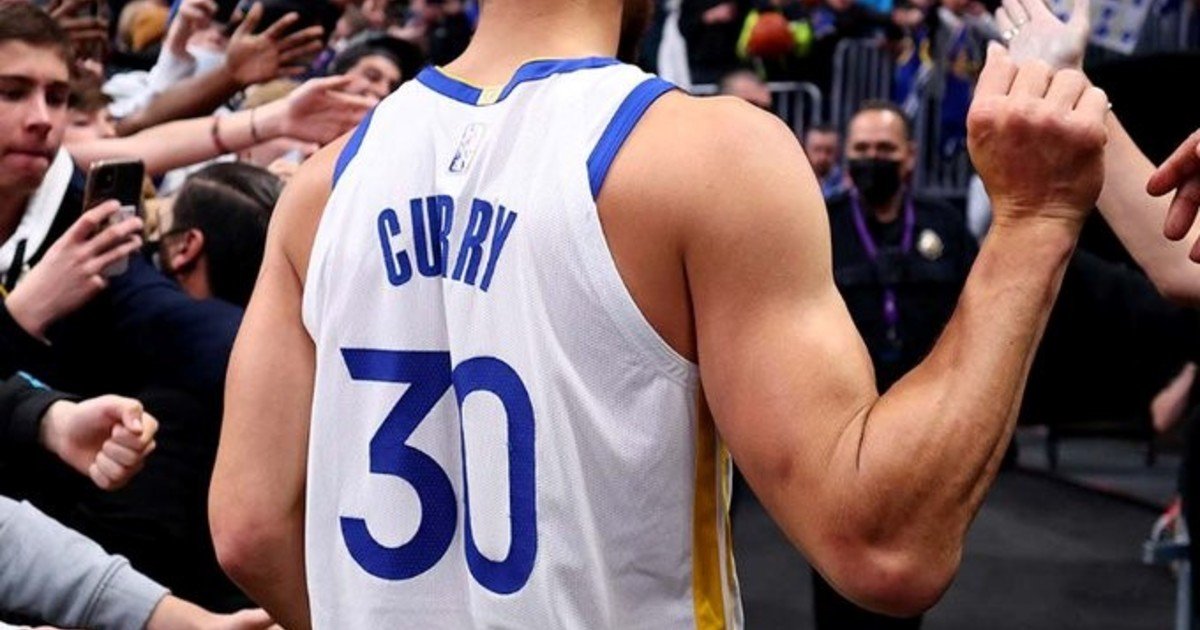 The wonders of sport not only have to do with sports but also what one can generate in a person, such as a fan.

On this occasion, one of the great basketball players of the NBA, Stephen Curryfulfilled the dream of a little girl, who could not contain the tears of happiness after seeing his idol and receiving his autograph.

​The little fan and follower of the Golden State Warriors last Monday he left the Ball Arena very sad because he could not see his favorite player in action: Curry did not travel with the squad for staying resting thinking about what their next meeting would be.

“Persevere and you will succeed,” they say. And the girl did so, she did not give up and this Thursday she returned to appear in her team’s match against the Denver Nuggets from Facundo Campazzo. And his dream came true when, Before the game started, Curry walked over to her chair where she was waiting for the match with a sign that read, “Go Warriors, Stephen Curry MVP.”

From that moment on, everything was happiness for little PJ, as the fan was identified, who not only took the autograph and a photo with her idol, but also The Nuggets also gave him a sweatshirt from their star player, Nikola Jockic, closing a dream night for her that she will never forget.

Curry the most loved by children?

​It is not the first time that Stephen Curry has fulfilled a child’s dream, but Just a few weeks ago he experienced a similar moment when he approached a little boy who was waiting for him in the standsalso a poster acclaiming for his attention, and without hesitation he went and took the desired photo.

But the most striking thing was the presence of another boy who, when he saw his idol a few meters away from him, did not hesitate and quickly approached to meet him too. The funniest? At no time did he stop pronouncing the phrase “I love you” and he sneaked into the photo of the other kid…

How a simple autograph can make you happy