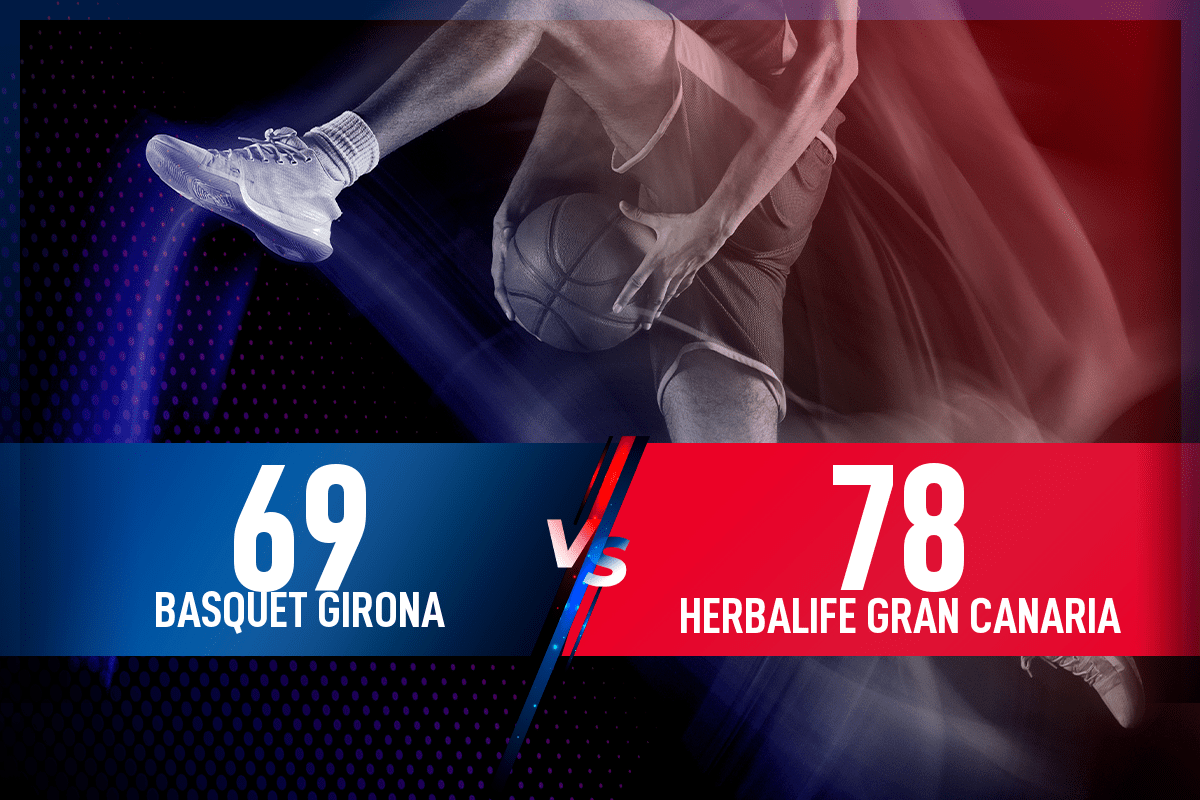 The Herbalife Gran Canaria won 69-78 at Basketball Girona during the eighth clash of the ACB League that took place this Saturday at the Pavello Girona Fontajau. The locals come from losing at home with the barca by 72-69, completing a streak of three losses in their last five games. For their part, the visitors won away from home against Monbus Obradoiro by 58-85, completing a streak of four wins in the last five games. With this result, the Herbalife Gran Canaria is in third place and accumulates six victories in eight games played, while the Basketball Girona he remains in sixteenth position with two victories in eight games played.

In the first quarter there were several movements on the scoreboard until ending with a result of 12-10. Later, in the second quarter, the visitors managed to overcome the result and had a maximum difference of seven points (31-38) during the quarter, which ended with a partial result of 21-28. After this, the rivals reached the break with a 33-38 score.

During the third quarter the Herbalife Gran Canaria He distanced himself on the scoreboard, had a maximum difference of 11 points (35-46) until concluding with a partial result of 11-14 (44-52). Lastly, in the course of the last quarter, the Basquet Girona players managed to tie the game through a comeback and the quarter concluded with a partial result of 19-11, reaching the end of the quarter with a 63-63 tie, for what was necessary to extend the regulatory time to an extension.