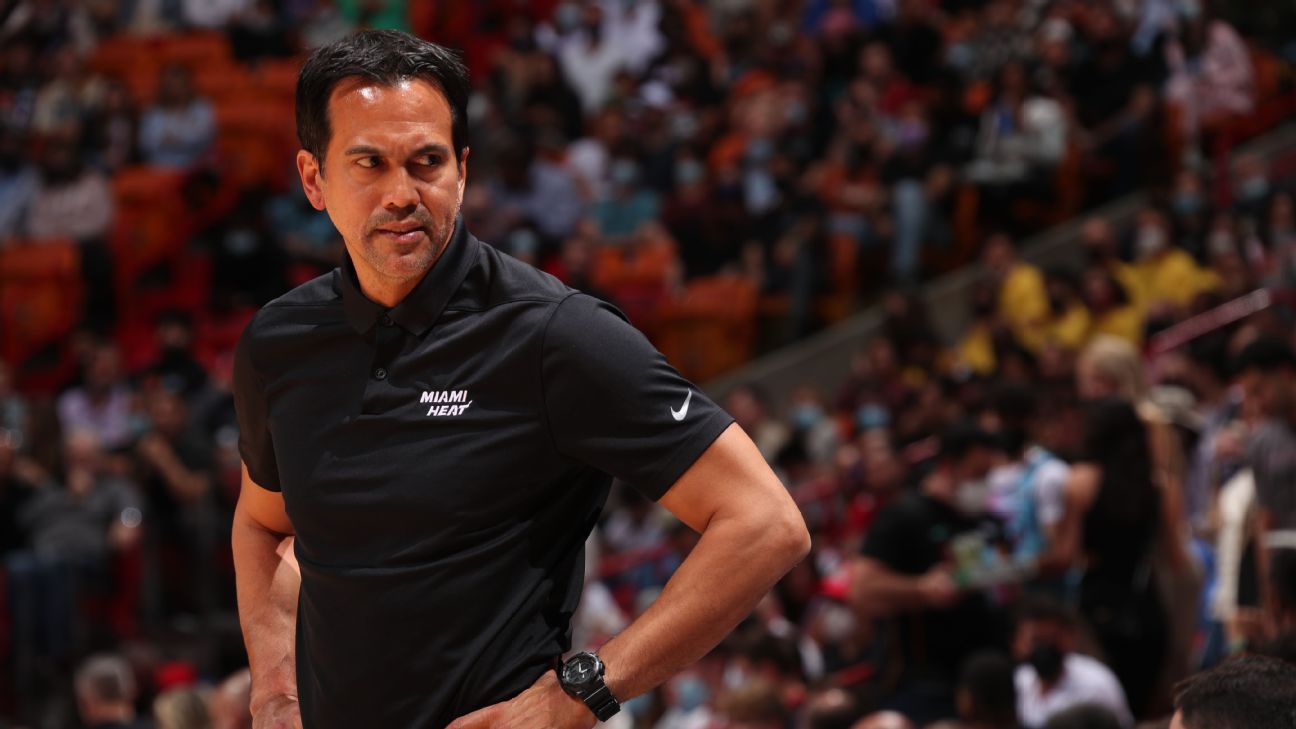 MIAMI – The NBA postponed Wednesday’s game between Miami and San Antonio after a combination of injuries and positive tests left the Heat unable to meet the league’s requirement of eight available players.

It was the 10th game postponed in the NBA this season due to virus-related issues. None have been rescheduled.

Miami had 12 players out for the game against the Spurs for a variety of reasons. The Heat beat Washington Tuesday night with just eight players available, and of those, only five would have been able to play Wednesday in San Antonio.

Gabe Vincent, who played 35 minutes in Tuesday’s win, learned after the game that he had a positive test and was unable to travel. Jimmy Butler was ruled out for Wednesday after spraining his right ankle with about a minute left in the Wizards game, and KZ Okpala was unable to play due to an injury he also suffered Tuesday.

The Heat had also added PJ Tucker and Zylan Cheatham to the protocols, neither of whom played Tuesday. And Tuesday’s game came after Miami guard Max Strus, who hadn’t been feeling symptoms, was pulled after he warmed up, due to a positive test that required him to enter protocols.

“That’s what’s puzzling about this right now, this variant,” Heat coach Erik Spoelstra said. “I think we have reached a point, I have said it before, we need more information. Are there more asymptomatic cases? All this with the exception of double vaccination, with a booster and then asymptomatic. What does that mean and what adjustments can we make there? I think it generates a lot of confusion. “

Miami had tried to get squad help Wednesday, ironically, from the Austin Spurs, San Antonio’s G League affiliate, in part because those players could get to San Antonio relatively quickly and on time to play. Miami was in the process of signing Austin center Aric Holman to a hardship contract Wednesday, and will likely need more reinforcements before its next game scheduled for Friday in Houston.

Nearly every NBA team has been grappling with virus-related issues in recent days, with more than 120 players and five head coaches on protocols entering Wednesday.

“The whole League is going through this,” Spoelstra said.

The League told teams early Wednesday that it was modifying its protocols again, this time to shorten the amount of time required that a player who tests positive must spend in isolation to five days, following guidance published by the Centers for Control. and the US Disease Prevention League made that disclosure in a memo obtained by The Associated Press.

The five-day isolation is based on the player being asymptomatic or their symptoms resolving by the fifth day. That change doesn’t necessarily mean that a player can return to the court more quickly, because updated CDC guidelines also require an additional five days of wearing a mask when in close proximity to others after coming out of isolation.

But it does allow teams, when a player or staff member tests positive on a road trip and must immediately begin isolating themselves, the ability to use commercial airlines to get that person home sooner than they had been in some cases during the 10-day isolation period. it was in effect.

Heat vs Spurs, suspended due to lack of players