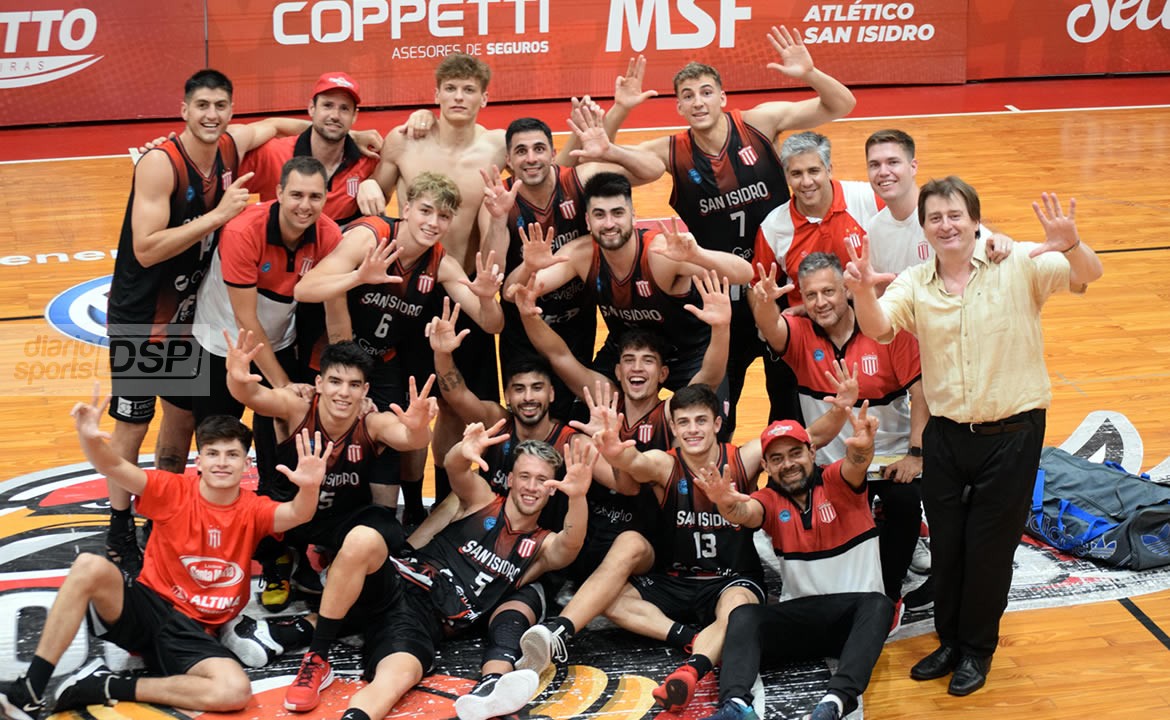 In the “Severo Robledo”, with the Super 8 already in his pocket, San Isidro and Libertad de Sunchales played a great game. In supplementary the victory was for the Red Hawks 96 to 90.

He celebrated the passage to Super 8, he worked hard in the game to finish smiling. The night for red was round, he suffered and enjoyed it. He beat Libertad de Sunchales 96-90 in overtime after equalizing at 78 in the 40 regulation.

The “Saint” went from least to greatest, did not start well, but woke up on time. He closed the First Phase of the Argentine League with 9 wins and 5 losses.

After losing by 10 points, in the absence of 2:07 for the closing of the game, San Isidro passed the front (69-68) with an onslaught from Santiago Bruno and a double counterattack from Montero that made the “Nest” explode.

Alonso’s triple in the absence of 27 seconds put the “Tigre” in front 76-73. Montero answered with a double to reduce to the minimum with 16 seconds. On the other side, Lombardi gave him 3 light again. The closure was for red, after a failed triple by Bruno, Vittar loaded the rebound, he himself went to the zone of three and with the buzzer stunning everyone in Corrientes street, he converted to equalize things at 78 and go to supplementary .

In the 5 extras, things continued with parity. Once again Vittar took center stage, his decisions were fundamental to unbalance and with the safety from the line prevail 96 to 90 to end up celebrating a night that had become very complicated.

San Isidro will now be awaiting how the Club Association informs the continuity of the Argentine League. Everything seems to indicate that it will be Super 8 the first weekend of December.

He is celebrating! – DiarioSports – San Francisco