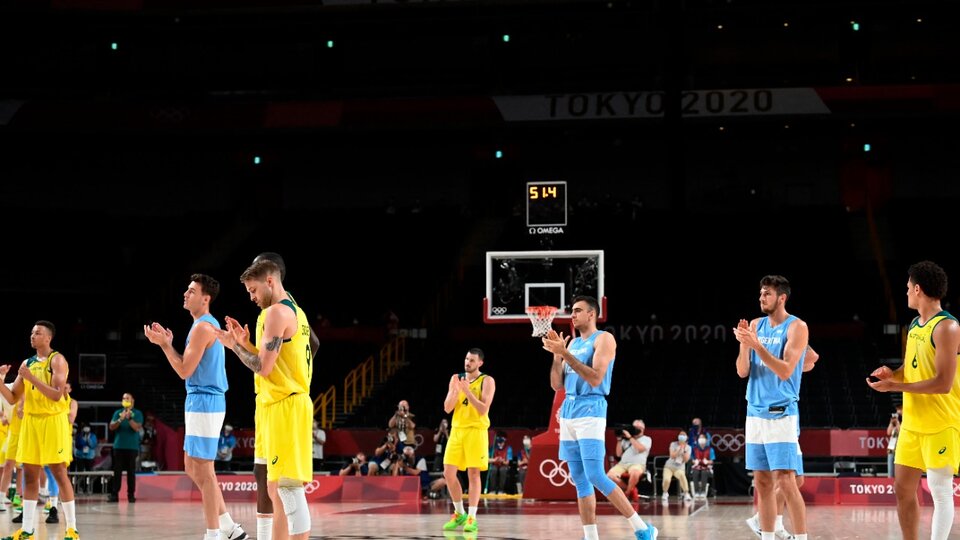 Tuesday morning. Olympic basketball. We follow him on TV. TyC and Public TV. We discussed it in the “guasap” group. We are all journalists. Ariel Scher, Alejandro Fabbri, Rodolfo Chisleanschi, Daniel Míguez, Daniel Guiñazú and me.

The name of the group “Heart and short passes”, denounces our ages and our love of soccer. But now we are with basketball, and we see how the Australians rubbish us. We make peacock jokes, of the “siamo fuori” type, and those things.

Suddenly, the “Sheep” Hernández brings out the great Luis Scola and we see, surprised, the applause of locals and strangers. Australians can’t stop clapping. A sincere, deep, universal respect. Scola takes notice and goes bankrupt. It is the end of a cycle of more than two decades. Míguez confesses first: “I can’t stop crying”.

Y (Daniel) Jacubovich cries on TV, and “Pepe” Sánchez is left speechless in a transmission that breaks the forms into a thousand pieces. Already everyone sent the Australians’ 40-point lead to third plane. Scola speaks and says that they caught him off guard, and he tries very hard not to cry again. Hernández speaks, they ask him about himLanto of Campazzo, and says that he told him to keep in mind that it was Scola’s day, to hold back. And right away he says that Campazzo understood it, that they gave each other a big hug and adds: “I love Facundo like a son”And he almost started to cry.

In the group we discussed all this and we rescued a phrase from the “Sheep”: “With Luis I learned that winning is a small thing, that the important thing is to honor everything you do”.

A little colder, we value the Golden Generation, the kids who follow it, the need to give continuity to the process and all that. The auction is put by Guiñazú. He puts in the chat a photo of Scola leaving, back, with the ball. He does not take the ball, he carries the basketball under his arm.