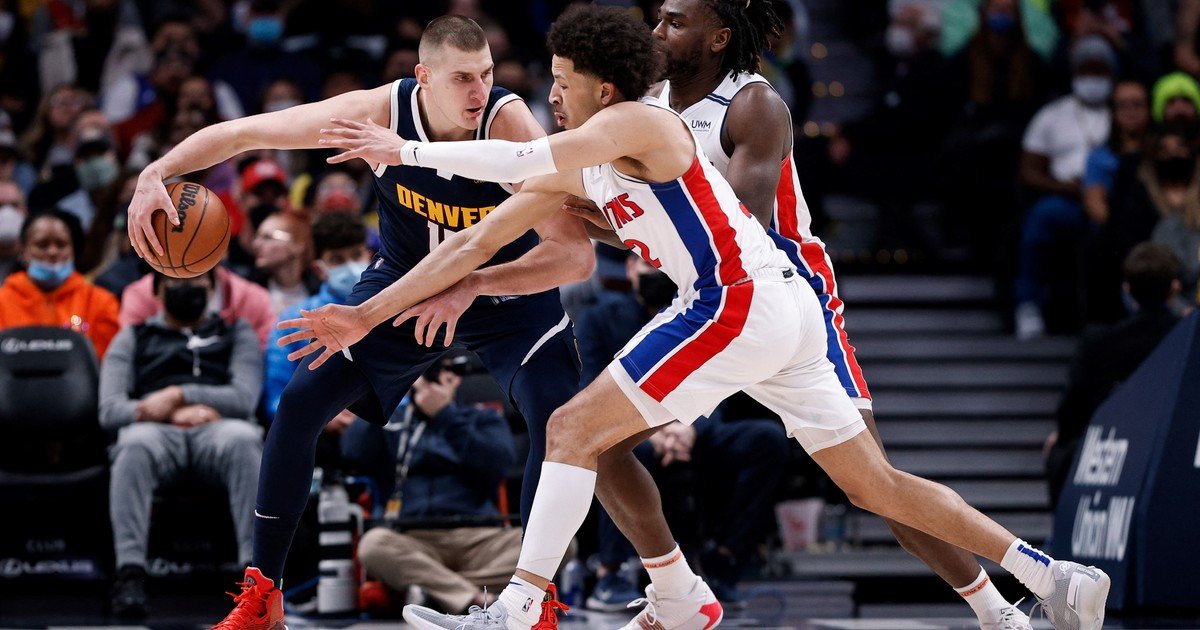 As had happened Sunday night in Colorado, Denver Nuggets beat Detroit Pistons, but this time in Michigan. The score on each occasion was similar: the weekend had been 117-111 and last night, 110-105. However, there was someone who was the same in both games: Nikola Jockic. The Serbian, friend of Facundo Campazzobroke it.

The 2m11 big man not only finished as the winner’s top scorer with 28 points, but also excelled in his rebounding and assisting phase. Precisely in these last two categories he broke historical records in the Nuggets. With his 9 goal passes he reached 3,008 and became the third in the franchise to find that record; with 21 boards he reached 5,008 in the team led by Michael Malone and also ranked third all time. In every minute on the court he made a difference and Detroit did not know how to contain him.

Campazzo contributed little in his almost 19 minutes of play.

Campazzo, for his part, saw slightly less action than in past games and his production was limited. His first inning was late in the first quarter and he came off midway through the second. He then he came on in the third period and was replaced before the end. The Cordovan player totaled 18m47s, during which time he contributed 4 points (a triple and a free), two assists and a steal.

Denver had a great first half and ended it with a comfortable 10-point lead (69-59). The visitor stretched these differences in the third set to +15, but in the final period it grew bigger Cade Cunningham (34)and scared him. In the end it was just a bad drink on a good night.

With this new win, the Nuggets stretched their record to 25 wins and 21 losses to rank sixth in the Western Conference, which is led by the Phoenix Suns (37-9). This Wednesday, at 10 p.m., Denver will return to the scene in a duel of extreme danger: will visit the Brooklyn Nets (2nd in the East)which on Tuesday lost to the Los Angeles Lakers 106-96.

Great night for Jokic and little for Campazzo