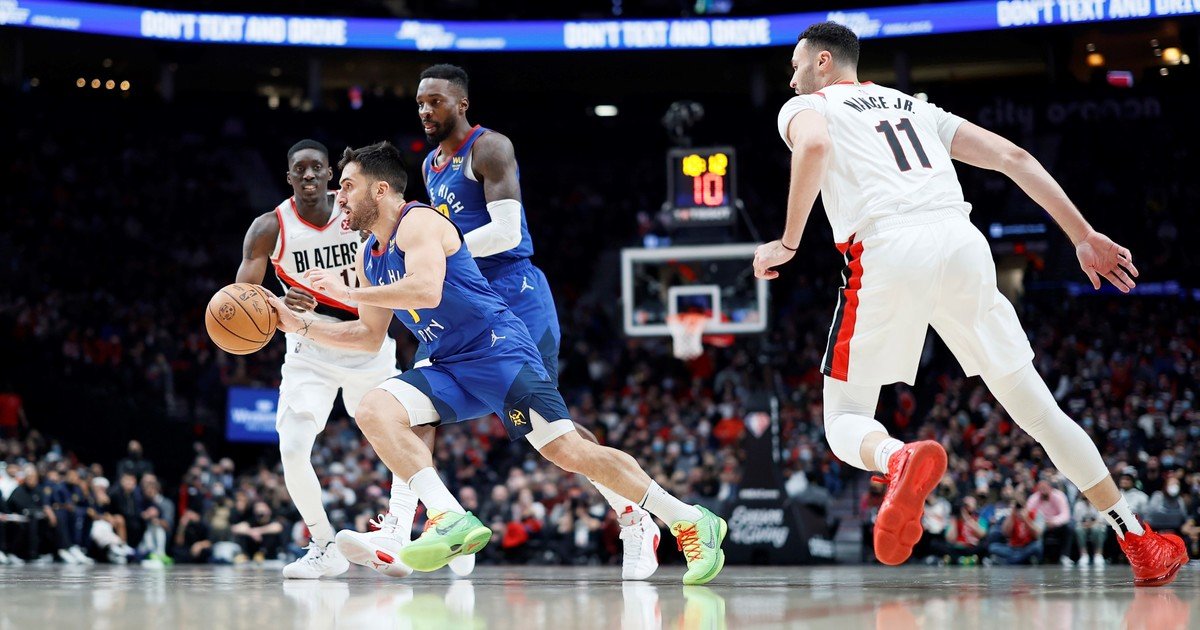 The team of Denver he is not at his best. With serbian Nikola Jokic still absent with a right wrist injury, the Nuggets fell again and suffered the fifth straight loss. This time it was against the Portland Trail Blazers 119-100. Although it was a night to forget, the performance of the Argentine stood out Facundo Campazzo, which could add up to a large number of minutes.

Great performance by Facu Campazzo despite the defeat.

The Cordovan started the game from the substitute bench. However, due to the injury to the left knee suffered by PJ Dozier, he was admitted and could add 28 minutes of play. In addition, despite the poor result, he reached his best mark so far this season in terms of assists and steals.

Meanwhile, the top scorer of the night was Portland guard CJ McCollum, who scored 32 points for his team’s victory. Damian Lillard was the second scorer, with 25 points and 5-8 on triples.

CJ McCollum, the scorer of the match.

Campazzo’s first triple came in the first quarter, with the game 28-24 for the Portland. The Argentine led the attack and launched a three-point shot at 45 degrees.

In the third quarter he had an outstanding assist to Will Barton. With a whiplash, he managed to get through the defense of the Oregon team that allowed his partner to convert a double.

Already in the last period, a few seconds before the end of the game and with the game sentenced in favor of Portland, he scored his second triple of the night. In that occasion, Campazzo received the ball in the left corner and fired, leaving the score in a 98-119 run.

With this new fall, the Nuggets are in eighth place in the Western Conference, with nine wins and nine losses. The next game will be on Friday the 26th when they host the Milwaukee Bucks. Meanwhile, on Monday 229 they will visit the Miami Heat.

Great game for Campazzo in a new defeat for the Denver