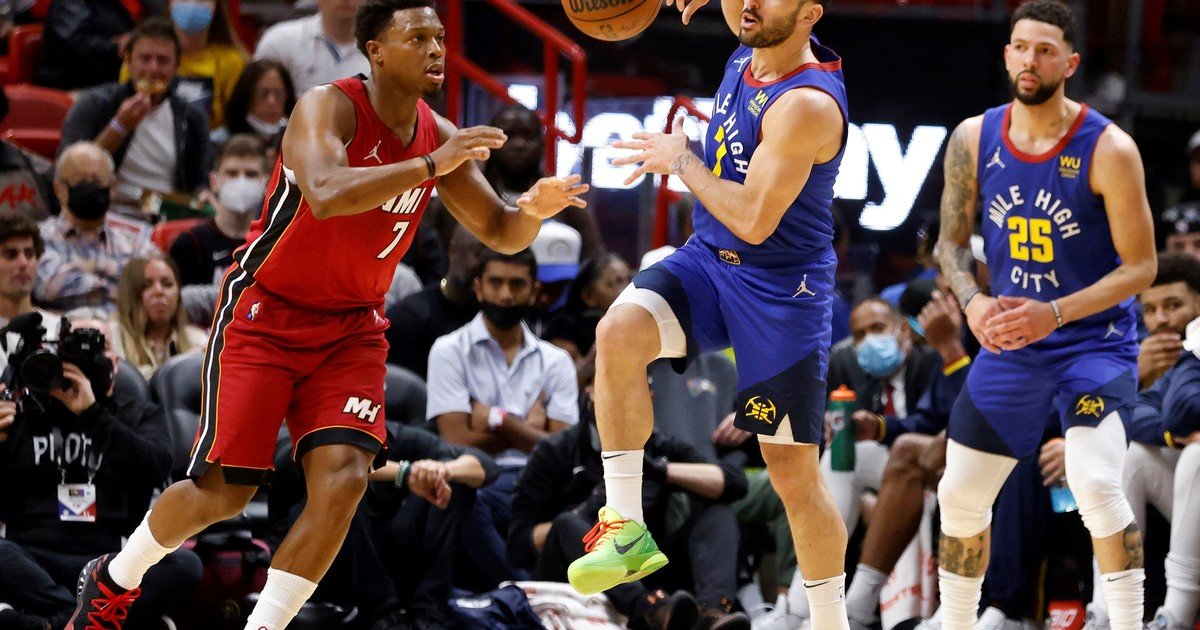 A little bit of Nikola Jokic on his return. The same of Facundo Campazzo, who never disappoints … So, at last, The Denver Nuggets snapped a six-game losing streak (not seen in nearly six years) and poked their heads through 120-111 against a decimated Miami Heat.

Jokic returned to activity after four games absent due to a sore wrist and scored 24 points (+15 rebounds and seven assists), Aaron Gordon added 20 and Campazzo was on fire with a dozen points for a victory more than expected.

Additionally, Jeff Green scored 12 points for Denver, making 58% of his field goals on the day it was revealed that Michael Porter Jr. will have back surgery. Porter has only played nine games this season.

In the Heat, Bam Adebayo finished with 24 points and 13 rebounds for Miami, which did not have its two leading scorers – Jimmy Butler, who is out with a blow to the tailbone, and Tyler Herro, who missed the game due to various annoyances. corporal-. Adebayo made 15 of his points in the third period. Max Strus scored 19 points and Caleb Martin added 18 for the Heat, who had 17 points and 14 assists from Kyle Lowry.

Bolmaro had his quarter of an hour

Karl-Anthony Towns scored 16 of his 32 points in the third quarter and Anthony Edwards added 21 points while the Minnesota Timberwolves came from behind to beat the Indiana Pacers 100-98.

The Timberwolves trailed by 12 points early in the third quarter before Towns put them back into the game. Edwards finished the third period strong to help the Wolves conquer their seventh win in eight games.

Bolmaro had minutes but did not contribute points. (AP)

In this context, the Cordovan from Las Varillas, Leandro bolmaro, entered 14’58 “ without scoring (0-1 in doubles, 0-1 in triples), although he dropped five rebounds (four defensive), he recovered a ball, lost another and committed an infraction.

D’Angelo Russell had 21 points and 11 assists, his most of the season, for Minnesota. Domantas Sabonis had 16 points, 25 rebounds and 10 assists for Indiana. Malcolm Brogdon added 25 points, but the Pacers lost for the third time in four games.

With the Wolves clinging to a 94-91 lead, Towns fouled with 1:34 left. Sabonis made all three free throws to equalize the game, but Michael Beasley hit a 3-pointer with 51.5 seconds remaining. Josh Okogie blocked a shot from Caris Levert and Minnesota was able to close out the game from the line.

No Deck in another Thunder loss

Without minutes from Santiago Gabriel Deck, the Oklahoma City Thunder fell to the Houston Rockets, the worst team – in terms of record – in the NBA (102-89).

Houston had three wins after losing its previous 15 games. It was also the sixth consecutive loss for Oklahoma City.

Wood’s performance comes after he had a career-high 33 points in Houston’s win over Charlotte on Saturday. His previous rebounding high was 19 against the Clippers last April.

The Thunder came within 12 points on a 3-pointer by Ty Jerome with 8 1/2 minutes remaining. But Eric Gordon scored five points for the Rockets to extend the 86-69 lead again.