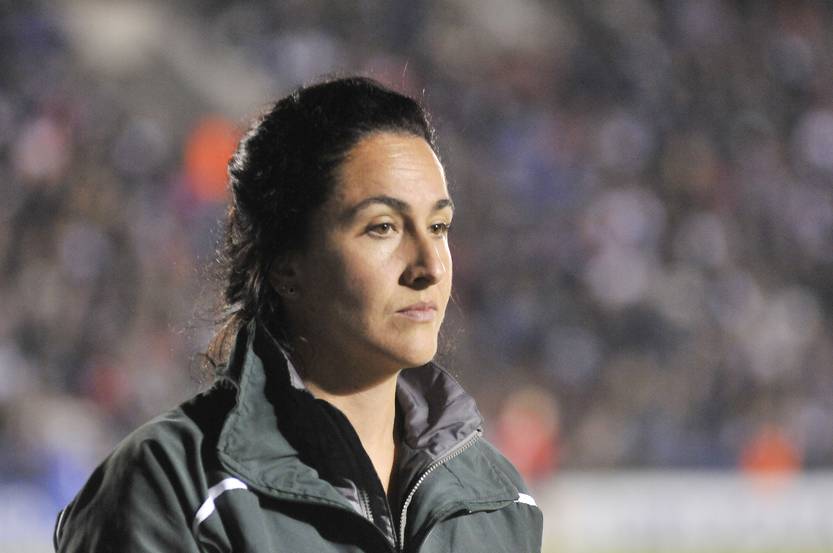 In both basketball and soccer, coaching staffs are usually made up of a coach, one or two assistants, one, two, and even three physical trainers, and, in the case of soccer, a goalkeeper coach. Independently, but together with them, the Department of Health works, made up of a doctor, a kinesiologist, a nutritionist and a sports psychologist. Perhaps for the reader it goes unnoticed, but the choice to name these positions in masculine is not accidental. Although the number of members of each team and their ways of working vary, there is a common point that remains: the majority of these positions are held by men. Who are the women who break the trend? What tasks do they perform? What clubs are they in? He talked about these and other questions the daily with some of them.

Florencia Somma grew up in the Malvín club. She started out playing basketball as a child and, after completing a Bachelor of Physical Education, she also became an assistant to the boys’ basketball coaches. First, she was only in the youth team and later, in 2017, she entered the main campus, where she is currently a member of the coaching staff as a physical trainer. Like many of her colleagues, she was the first woman in her club to hold such a position.

Somma never felt pressured to be the only woman, but she was “aware that society has been going through a process of change for some time,” and from her place she sought to accompany and “be part” of that transformation. She says that when she joined her team “she knew that she was in an environment where there were no women working” and that this could cause them to look at her or judge her, but with her colleagues it did not happen. “I had enough and necessary support to feel comfortable and come to think exclusively about doing my job, and not about what they say or might think,” she said. In addition, the coach stressed that she has known some of her classmates since childhood and, therefore, there was a prior trust that “perhaps paved the way.”

“It was quite a challenge,” admitted Somma. At first, there was a “novelería” around his presence, but in the present he has “naturalized”. The players received it “in a spectacular way”, although perhaps “we should ask them if they had any prejudice”. Although he was asked several times from outside the club if he suffered violent situations, the answer was always negative.

At Urunday Universitario, the kinesiologist Mayra Jakimczuk also felt comfortable since her arrival, in 2018. Although she was the first woman, they never made her feel “neither that it was something new nor that it was something different,” she says. She also ran into various prejudices, although not within the club, but outside. “Everything is questioned, all the time,” she said, from whether she enters the locker room to why she hugged a player. Before, she felt “the duty to be giving explanations and the obligation to show that no, that was not the case, that the prejudices were wrong,” said the kinesiologist. What she is trying to do now is to make it clear “that the environment is made by you, that you create the place and it is generated by your colleagues, and it is absolutely natural.”

For Jakimczuk, who also works in the first women’s division of Nacional, “mixed groups feed much better” than those in which there are people of a single gender. Even so, the kinesiologist stressed that she does not share “that there have to be three men and three women for no reason”, because the important thing is that there be “equal opportunities for all” and that those who occupy the positions are trained for it. The professional added that she would like to get to know her female colleagues “a little more”, because she runs into them on the courts and she has “no idea” of her names. “We need to be more connected,” she reflected.

“Violence is widespread in sports” and “accepted as part of it,” said María Eugenia Berneche, a sports psychologist from Urupan and, recently, also from Boston River. This characteristic can be observed both in the parents who shout “expletives” from the stands at their children and in the “naturalization” of certain songs in the fans. Likewise, “it is suffered in the micromachismos of daily life, in the biases and social stereotypes traditionally linked to women”, such as “submission, passivity, motherhood, sensitivity and inferiority”, she developed.

The psychologist, who worked at Goes, Unión Atlética and Liverpool, maintained that she suffered “macho violence” in the soccer environment. The coaches told her “that women’s soccer was training on other courts, or that she couldn’t wear leggings because she attracted attention.” She also recalled that when she started working in basketball, the journalists were surprised that she entered the locker room, but in the present “the possibility of not entering is not even questioned.” According to Berneche, there is a lot of “awareness, visibility and support” work ahead, both with “victims” and with “men who want to change these patterns of thought and behavior.”

“I cannot affirm that there is a direct link between the context of soccer and machismo,” but “it is a reality that the environment of sport at a professional level has been predominantly male and designed by and for men,” said Amalia Romero, head of Boston River Sanitation. The doctor, who has been working in soccer clubs for ten years, said that “these disciplines are a representative sample of reality, and to the extent that women have made their way in the middle, they have generated various responses.”

Especially at the beginning of his career, Romero experienced some prejudice firsthand. On a certain occasion, when applying to a club that was looking for a sports doctor, without knowing her or evaluating her performance, they replied: “We don’t want women.” Later, after finishing a trial period in another place, they told her that they were “very satisfied” with her work but that they had doubts about the acceptance that the school would have. “Don’t you know any man who can fulfill your position?” They asked him. She replied that before looking for another person, they should consult the players, who gave the go-ahead and made their entry possible. “There are more and more women working, but I notice that the pace of change is a little slow,” she said.

Now Romero also faces the “challenge” of motherhood. He is eight months pregnant and acknowledged that during this period he tried to manage some changes that he was unable to achieve. As an example, he said that it is no longer possible for him to run onto the field when a player is injured. To speed up those moments, he wanted to increase the number of members of the health team in the bank, but the regulations determined by the Uruguayan Football Association do not allow it because there were no precedents. Although they are “small things” and “technical issues,” Romero stressed that “they are important for the inclusion of women.”

The first time she gave a nutritional talk to the Nacional team, Cecilia Bertolaza was yelled at and whistled at by the players. She alone, standing in front of the hotel room where they were concentrating, she answered them: “I’m the only woman, I’m new, and you are all crazy men. Don’t be mean!” At that time, she was not allowed to touch the athletes and her work was limited to indicating the diet. “That doesn’t make sense,” she explained, because she studied “to do body measurements.” However, despite the fact that she insisted on being able to carry them out until she achieved it, she did not see it “as something negative” because “there were many issues of women’s complaints” and she understood that it was a policy that ensured her care. . “It was the first experience of a woman within the campus” and she, observing it six years later, the professional, she believed that they were measures designed “so that there is no chaos.”

“Today I’m happy in there, I feel at home,” said Bertolaza, after acknowledging that like most of his colleagues, that comfort took time. “It took me a lot of years to be able to make the decision to do that type of anthropometry or other technical decisions,” he said. “I raised it, but the doctor who was at that time did not want to change the formats. If I planted myself with all the scientific basis, it couldn’t be done anyway, ”he added. After much persistence and changes in the technical bodies, the nutritionist created her own place. From the direction of Gustavo Munúa she began to travel with the campus, to participate in concentration dinners and attend barbecues. Even after a series of reforms in Los Céspedes, the infrastructure was adapted to her presence. “They put a separate bathroom” and conditioned the entrance so that you can enter without crossing half-naked players. According to her account, the new construction took into account that women would circulate there, and “that speaks of a respect” that shows “a break” in terms of equality.

Victoria Correia also perceives progress. The nutritionist who has been part of Peñarol since 2013 said that she has noticed how those who make up the environment “are changing their discourse” as society advances. Despite the fact that she maintains a “tremendous relationship” with the athletes and her entire work team, Correia said that she is a feminist and her militancy has led her to debate with them and question certain comments. “It’s a great challenge because it’s still a space for all men, where there are typical men’s talks, and sometimes I know that I get angry with some issues,” she confessed. Over time, she has learned to “economize” her energy and distinguish when and with whom it is “worth” arguing. Although it has not been easy, because she considers herself a person “of medium strong character” and does not tolerate “injustice”, turning a “deaf ear” became her tool to “not leave bitter”. In any case, Ella Correia stressed that with certain dialogues she has had pleasant surprises and that, little by little, she notices that “the conversations are different, that we are moving forward.”

Grabbing the field: experiences of women who work in first division basketball and soccer coaches