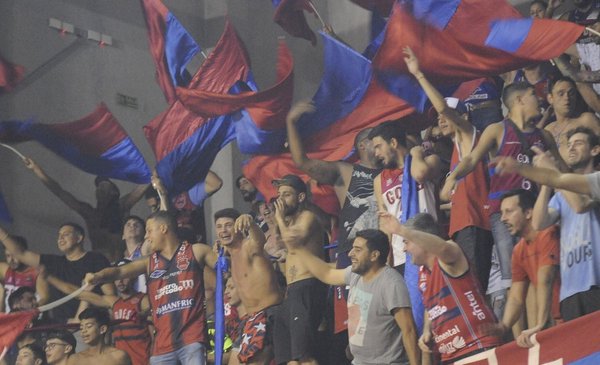 The Uruguayan Basketball League has a luxury protagonist: Goes. Argentine Guillermo Narvarte’s team is not only the light leader of the regular phase but is also about to make history.

After beating Peñarol on Friday 61-55, the missionary reached 14 consecutive wins in the tournament being only one victory away from the historical record of the Uruguayan League.

the same belongs from the League 2012.2013 to Trouville who will precisely be his rival this Monday at 9:15 p.m. on Chucarro street.

Goes defeated Olimpia 77-66 in his debut, as a visitor, to lose on the second date against Urunday Universitario by a resounding 89-64.

Narvarte, a coach who changed the face of the club

Then he lost no more he beat everyone. To the champion Biguá (93-88), to the National vice-champion (84-81) and twice to Peñarol. The classic against Aguada was considered won 20-1 due to an outbreak of covid in the aguatero campus.

Led by the brothers Martín and Joaquín Osimani, the team has a great forward, the Argentinian Franco Giorgetti, a center who knows the League and the trade, the Venezuelan Néstor Colmenares, and at the parties he opted to add a shooter like Johwen Villegas as unnamed token replacement. There are also three youngsters who give rotation and freshness to the missionary: Ignacio Xavier, Mauricio Arregui and Nahuel Lemos, as well as a promising home base, Sebastián Sosa. Trouville, led by Spaniard Mateo Rubio, managed to string together 15 victories in the 2012-2013 League losing in January 2013 his triumphal march against Bohemios.

Results of the 16th date

This is how the 17th date will be played