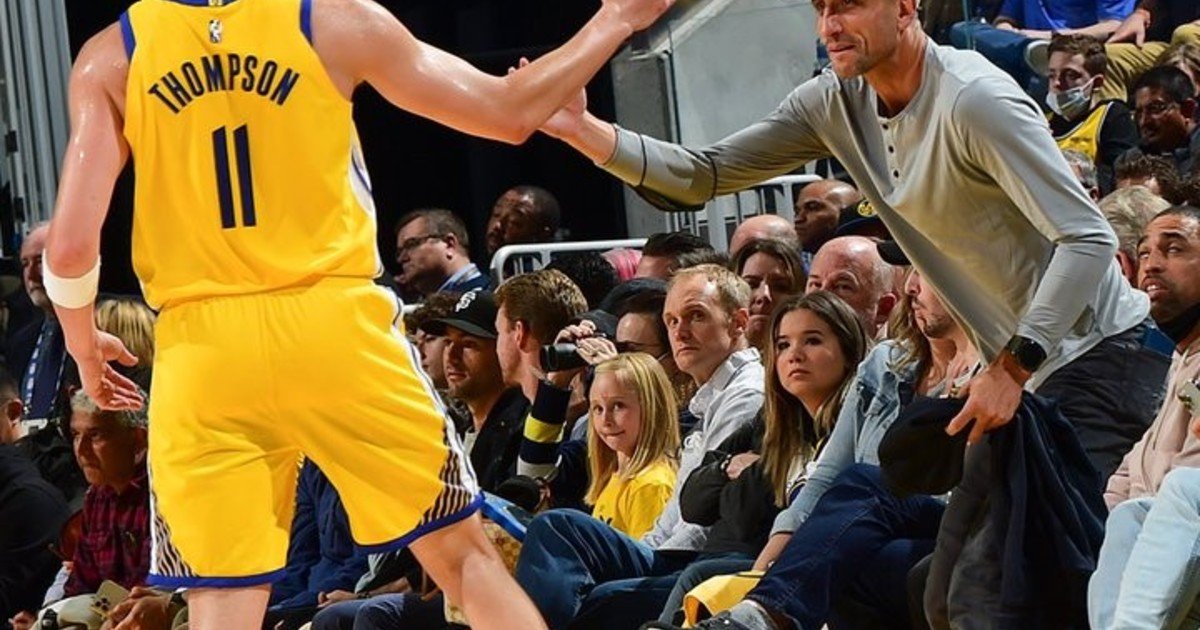 Emanuel Ginobili He lives a quiet life after his retirement, but he is permanently close to basketball. In fact, in the second half of 2021 he rejoined the San Antonio Spurs. This time, of course, from the board: He is the special advisor for basketball operations of the Texan franchise. And this Sunday he was present at his team’s tremendous victory against the Golden State Warriors.

Manu accompanied the team to Oakland, a city where the Warriors play host. There, he was seen sitting in the front row and Klay Thompsonone of the stars of the rival team, stopped to greet him in the middle of the game.

“Two of the best two-way guards (as players who are good offensively and defensively are called) to play the game,” mentioned the Golden State Warriors Twitter account, which was also the one that shared the photo.

And everything was joy for the Bahiense. The San Antonio Spurs won 110-108 with a late game shot by Keldon Johnson, who went to fight the rebound of the free throw missed by his teammate and by pure force gave the victory to the Texans.

The figure of the Spurs was Josh Richardson, who nailed 25 points and missed only four shots out of the twelve he tried. A huge effectiveness.

about a month ago, Ginobili He was chosen along with ten other basketball figures to be a finalist in the selection of the Basketball Hall of Fame: the place where the best players in the history of this sport stamp their name forever. He got 18 votes from the Organizing Committee and is nowhere near being honored alongside the legends.

Ginobili near the Hall of Fame.

To enter, Manu must once again obtain at least 18 votes in the next vote, which will be on April 2. That day, it will be known if the Bahiense manages to enter the Hall of Fame or not. If he is selected, He will be the first Latin American player in history to achieve it.