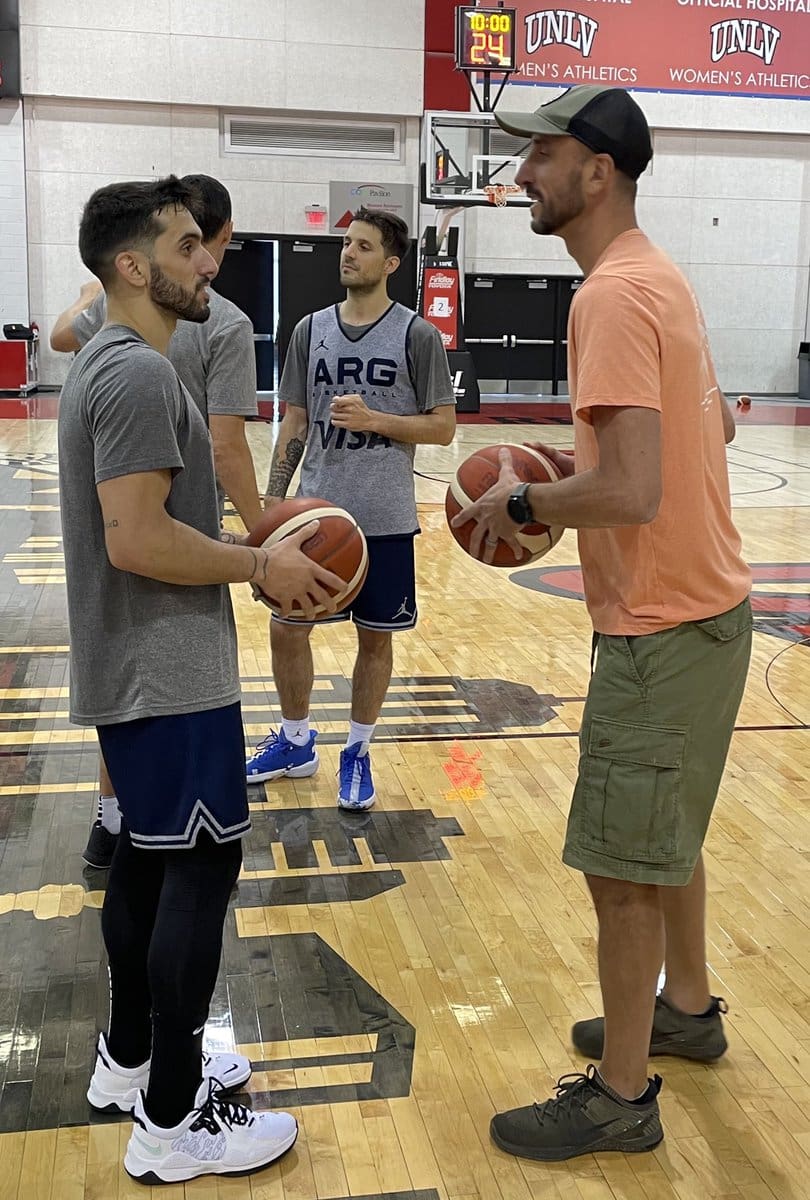 Taking advantage of the Oveja Hernández team’s stay in the United States, Manu went through the concentration and was in the last training session before they left for the Tokyo Olympics.

Before heading to the Tokyo 2020 Olympic Games, the Argentina basketball team had a luxury visit in Las Vegas: Emanuel Ginobili. First in the concentration and the next day in training, Manu was present to greet some of his former teammates and meet those with whom he did not share the field.

As announced by the Argentine Basketball Confederation, the maximum reference of the Golden Generation took the time to pass, “almost without warning”, by the hotel that houses the national team, where he chatted with Sergio Hernández and several of the players, and He even gave some advice and shared his own experiences with the younger ones, such as Leandro Bolmaro.

“I, in the first tournament I played (Pre-Olympic 99), they ran me back and forth like a doll”, Manu confessed to the 20-year-old Barcelona guard, chosen by the Minnesota Timberwolves in the 23rd position of the last Draft, already preparing him for what will be the complex appointment of the Olympic Games.

Ginobili visited the Argentine basketball team in Las Vegas: “I like to come and see them” 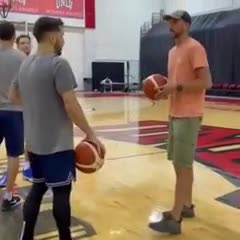 Thursday, pleasantly surprised everyone again: he was at the Cox Pavilion, together with Adrián Paenza, to witness the team’s last practice before traveling to Tokyo. With his usual low profile, who left the professional activity more than three years ago (the National Team, since Rio 2016), returned to dialogue with Oveja Hernández, Luis Scola, Facundo Campazzo and other protagonists.

“There is not much to say, I like to come to see them, to be around …”Ginobili said, according to what was released by the CAB. Undoubtedly, a luxury visit that renews the energies of a team that did not have the best results in the Las Vegas tour (defeats against Australia, Nigeria and the United States), but that is excited about playing a good Olympic Game.

Ginobili visited the Argentine basketball team in Las Vegas: “I like to come and see them” 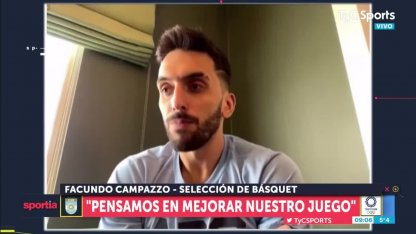 Campazzo, on the visit of Manu Ginobili

“Manu’s visit was very nice. We haven’t seen him for a while and his presence always brings good energy, good vibes …. He adds a lot to us as a group. In addition, we are all very grateful to him for what he means as an athlete and person, someone who has transcended our sport and always comes back as one more. I was occasionally talking about basketball because he he always wants to know how the team and each one of us is doing, especially the newest ones. And of course we also chat a little about other things in life “Campazzo commented on Manu.

The Argentine basketball team will debut for Group C at the Tokyo 2020 Olympic Games against the Slovenia commanded by Luka Doncic, next Monday the 26th at 01:40 (Argentine time). On Thursday 29 he will go in front of Spain at 9 and will close the area on Sunday, August 1 against Japan, at 01:40.