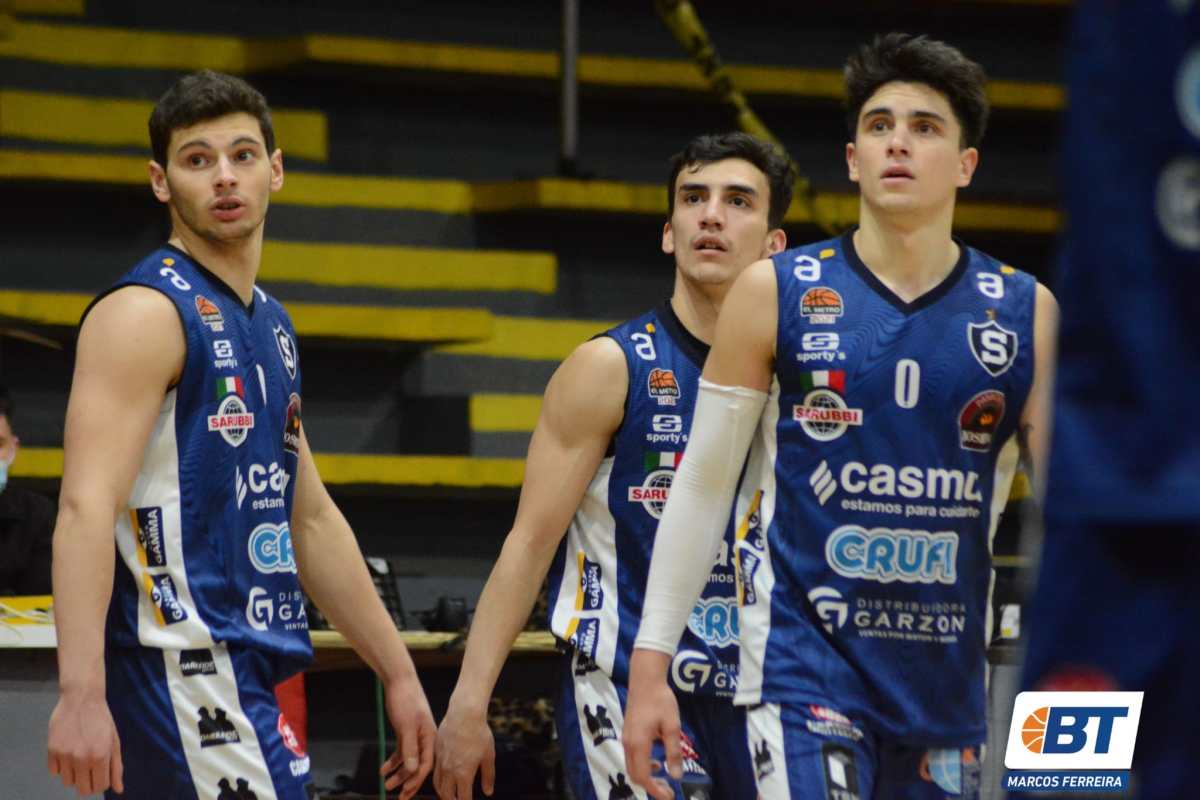 The strip got off to a furious start, attacking the paint with Andreoli and Chervo was quick 8-0 up; Stockolmo started lost on the court, with bad shots and losses he fell behind 12-2. The “S” did not find a way to break the Danube area, Guido’s men took advantage of the field by running, led by Andreoli, until they went 20-2 before the astonished gaze of those present. The confusion continued to be total in those of the Prado, while the ring had been opened to those of the Curve who scored triples from all sides. At the end of the first quarter, Stockolmo broke the curse and moved the “2” of the score, although the score of 29-7 in favor of Danubio was a very tough start for the “S”.

A notable entry by Mateo Giano gave more energy to the blue, in addition to invaluable points for a vital 9-0 with which the “S” returned to get into the game. The hoop that the fringed saw huge was slammed shut, the Danubio drought lasted too long and Nicoletti just after five minutes found the first points. Those of Gonzalo took advantage of the bad moment of the strip, to the very good of Giano was added something of Galletto so that Stockolmo went to rest losing 38-29, a negotiation considering the bad start.

The complement started mixed up, but Danubio became strong behind and from there it also grew finding triples from “Tati” Fernández to break the blue zone and return 14 income to Danu; although opportune triples from Curbelo and Giano revived Stockolmo, who continued to shorten by leaps and bounds with triples until he reached only three, to close the third in full comeback, losing 56-53 with a partial 18-4.

Another key Fernández bomb calmed the blue tide, then it was Mujica who weighed kilos and experience to recover nine in income, force Arregui’s fourth and the minute of an annoying Gonzalo Fernández. With a little more defensive intensity and some penetrations from Danridge (absent so far), the blue one came back with plenty of time to play, the passivity now belonged to Danubio who fell asleep on a defensive rebound and allowed two Pereyra bombs that put the “S” up for the first time at night. The game was beautiful in the end, with a run by Andreoli the strip responded to the rain of triples and with a 7-0 lead again at 2.10 in the epilogue. After another unusual loss from Danubio at the start, a bombshell from Galletto equalized the score with 49 seconds to play, and then he passed by with a run from the court. Danubio got all the wrong ways in the closing and Stockolmo took advantage of it with the hierarchy of Galletto and Danridge to win it 81-77 and remain undefeated.