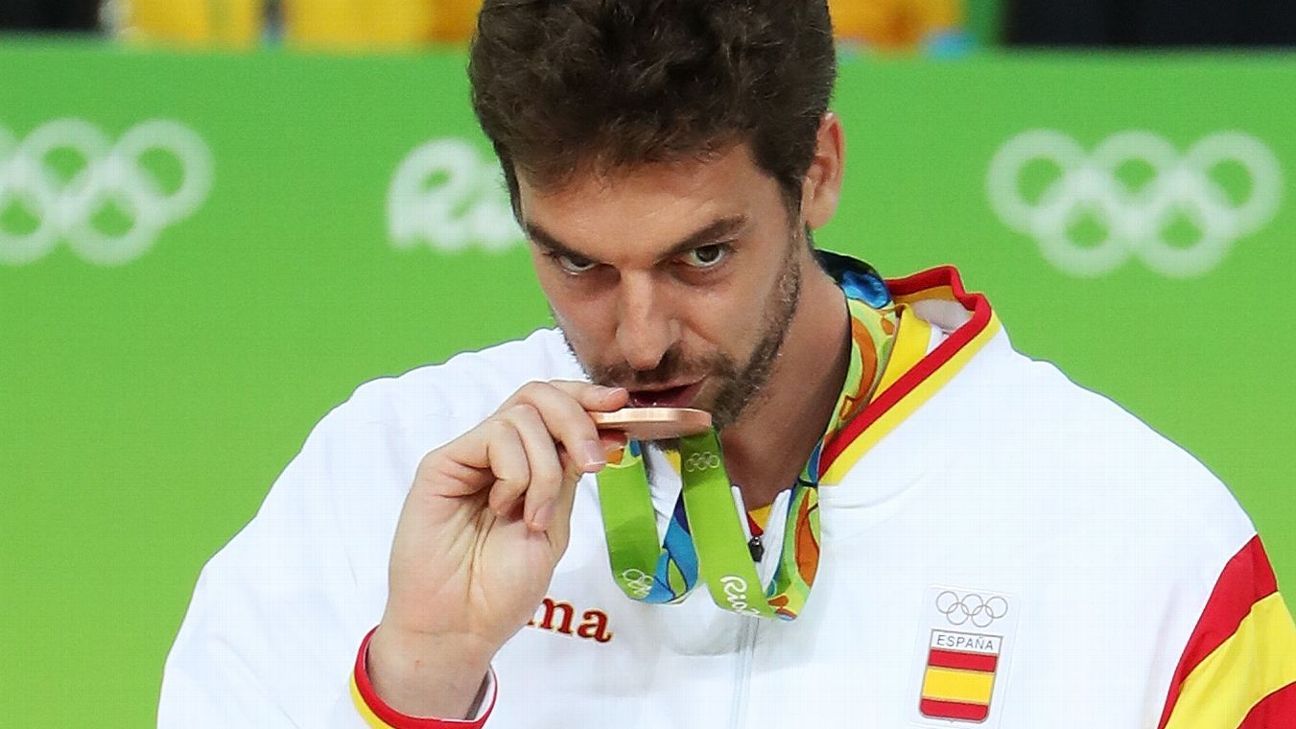 The former NBA star, the Spanish Pau Gasol announced his official retirement from basketball, something that was already anticipated since the Tokyo 2020 Olympic Games ended.

“Today I am here to inform you that more or less what you have already been able to anticipate, that I am going to retire from professional basketball,” said Gasol, 41, at a press conference at the Liceo de Barcelona. “It is a difficult decision, as you can imagine, after so many years. But it is a considered decision and, well, you have to change gear a bit and also know how to enjoy yourself.”

The two-time NBA champion (2009 and 2010) and NBA Rookie of the Year in 2002 stressed that he wanted to say goodbye “playing and enjoying” on his own terms, and “not because of an injury, not on crutches and with operations” . He thanked those who helped make that dream come true, by being able to win one more league with Barça.

At the press conference, Gasol first referred to his foot operation for stress fracture in May 2019, which he described as “difficult to recover.” He signed for Portland a few months later, but a new fracture line appeared in the same foot, which led to a new surgery and prevented him from returning to the NBA. Few believed in him at that point, he says, almost 40 years old. However, he accepted the challenge of seeking to recover and return to the court for the last time, especially with the desire to play against his daughter Eli, born in September 2020. In fact, Gasol and his wife named their baby Elisabet Gianna, honoring Kobe Bryant’s daughter, Gianna, and her godmother will be Bryant’s widow, Vanessa Bryant.

With his usual tenacity he returned to the field. He would sign with the Spanish Barça Basket in March of this year to win the ACB League. He would also represent Spain once more in the Tokyo 2020 Olympic Games. Gasol, who had guided Spain to two Olympic silver medals and another bronze medal, was satisfied, “To be able to play once again with the family, with the National Team, With my teammates, it was also something very special, although in the end we couldn’t win a medal, which we all wanted. But just being able to play was already a great success. “

Gasol was selected by the Atlanta Hawks with the third overall pick in the first round of the NBA draft in 2001, but his rights were traded to the Memphis Grizzlies. He has the Grizzlies franchise record for free throws made and attempted. After more than six seasons with Memphis, he played with the Los Angeles Lakers (from 2008 to 2014), the Chicago Bulls (from 2014 to 2016), the San Antonio Spurs (from 2016 to 2019), and the Milwaukee Bucks (2019).