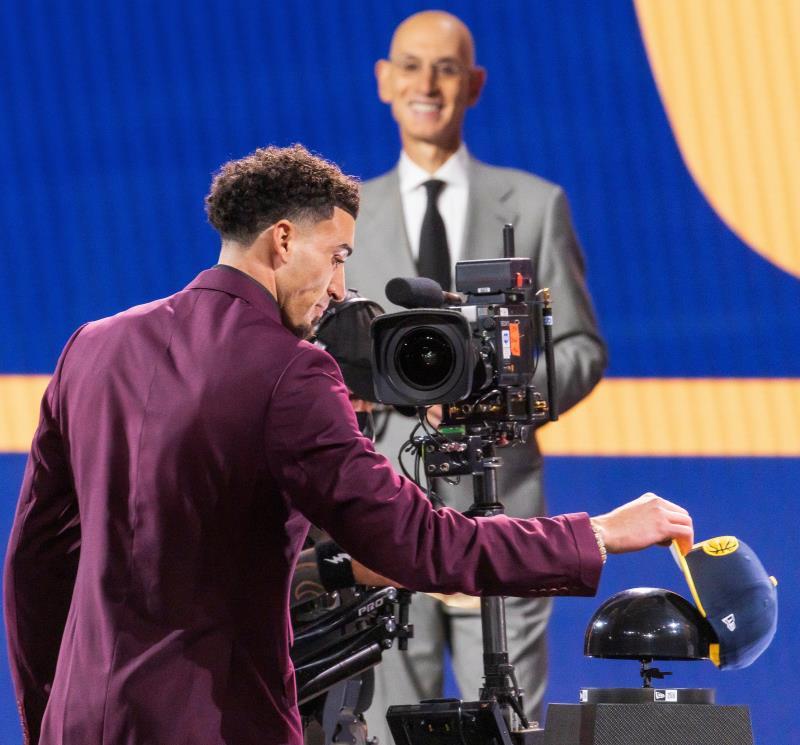 Tokyo, Jul 30 (EFE) .- The power forward of the Spanish team Usman Garuba, who has been selected by the Houston Rockets of the NBA in the 23rd place of the university draw (‘draft’) of the American basketball league He said that he “wants to be able to go there” but assured that his head is “100% in Tokyo”, where he is playing the Olympic Games with the Spanish team.

“I am very grateful to La Familia, who have supported me these days here in Tokyo, and to the Houston Rockets, for choosing me. I am happy to be in Tokyo and my head is 100% here. And now we want to fight for the medals. It is a pride to have been selected and I want to be able to go there and give it my all, as I have always done, “said the player through a statement.

Garuba was “very happy and grateful” for being chosen. “It’s a dream. Everyone who knows me knows that it’s a dream for me since I was little. I haven’t been able to sleep much at night because I was very nervous, but when my name came up it relieved me,” added the Real Madrid player. .

The Spanish interior, like his colleagues Marc Gasol and Alberto Abalde, is currently in semi-isolation for having had close contact due to a positive for covid-19 on the plane that brought them to Tokyo, which forces them to stay in individual rooms but allows them to train and compete.

This contact took place on July 21 and the players were notified on the 27th, so from then on they switched to this regime, which they will have to maintain until the 4th.

However, this measure does allow them to train and compete, so the three players have played the two games that Spain has played, against Japan (77-88) and Argentina (81-71). Against the host, Garuba played 15 minutes with 1 point and 6 rebounds; and against Argentina he played 9, contributing a catch and an assist.

In addition to Garuba, Spanish power forward Santiago Aldama was also chosen in the draft, selected by the Utah Jazz with number 30, to later sell his rights to the Memphis Grizzlies, where Pau and Marc Gasol were already present.