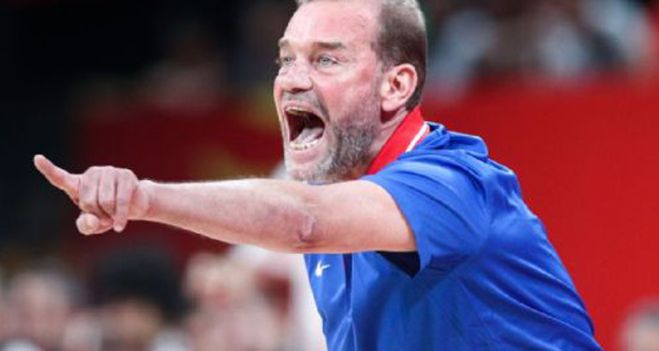 The Argentine basketball coach, Néstor “Che” García, explained that he wants an “intelligent” team for what will come between the American Cup 2022 and the qualification for the 2023 World Cup that will be held jointly in the Philippines, Japan and Indonesia between the 25 of August and September 10.

“I would like us to be intelligent for the talent we have. I would define it as a mental basketball, because physically we will not be the most gifted, especially compared to the great powers. We do not have a great intimidator and we will not have the points of Luis, for example . We will have to hide absences and promote the collective “, explained the exDT of Peñarol de Mar del Plata (champion of the National League in 1994).

The last work of “Che” García at the national team level was in 2019 when he led the Dominican Republic to the 2019 World Cup in China and in Argentina he was as assistant to Julio Lamas in the 2011 Mar del Plata Pre-Olympic -champion-. And he also went through the bench of substitutes in Venezuela, where he was between 2013 and 2017 and won two South American championships and the 2015 FIBA ​​Americas.

In addition, García said that he would like to have Leonardo Gutiérrez (Olympic Cyclist DT) and Pablo Prigioni, assistant in Minnesota Timberwolves of the NBA, in his coaching staff.

“I will have the priority of surrounding myself well, of conducting an open leadership, of dialogue, seeking consensus, listening and composing because the doors will be open to everyone,” he concluded in an official statement from the Argentine Basketball Confederation (CAB).