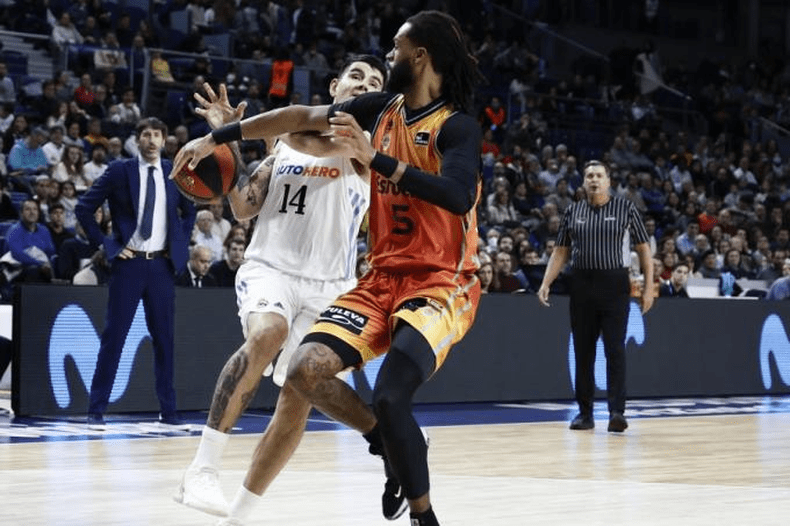 The Argentinian Gabriel Deck made an acceptable contribution to real Madrid, who defeated Valencia 79-62, in a match corresponding to the 10th. date of the Endesa League of the ACB of basketball from Spain.

The match took place at the Wizink Center (former Palacio de los Deportes) in the Spanish capital and the score favorable to the “merengue” team included these partials: 19-7, 32-27, 58-43 and 79-62

The forward from Santiago was the starter and was on the court for almost 17 minutes. The former player of San Lorenzo and Oklahoma City Thunder of the NBA signed a list of 6 points (3-6 in doubles, 0-3 in triples), 8 rebounds and 5 assists.

The top scorer of the quintet led by DT Chus Mateo was the Bosnian forward Dzanan Musa, who finished with a balance of 22 points (6-6 in triples), 2 rebounds, 2 steals and a goal pass in 18m., according to a report CBA report.

For his part, the forward from Tres Arroyos, Máximo Fjellerup, played 28m. for Basquet Girona, who lost at home against Río Breogán, 73-66.

The former player of San Lorenzo, member of the champion team of the Argentine national team in the AmeriCup in Recife (last September), collaborated with 8 points (3-5 in doubles, 0-2 in triples, 2-2 in free throws), 7 rebounds, 2 assists and 2 recoveries.

In another result of the day, Baskonia obtained a resounding victory over UCAM Murcia, by 102-73.

Real Madrid accelerated in the second half and passed Valencia over with a good all-round game by Gabriel Deck.