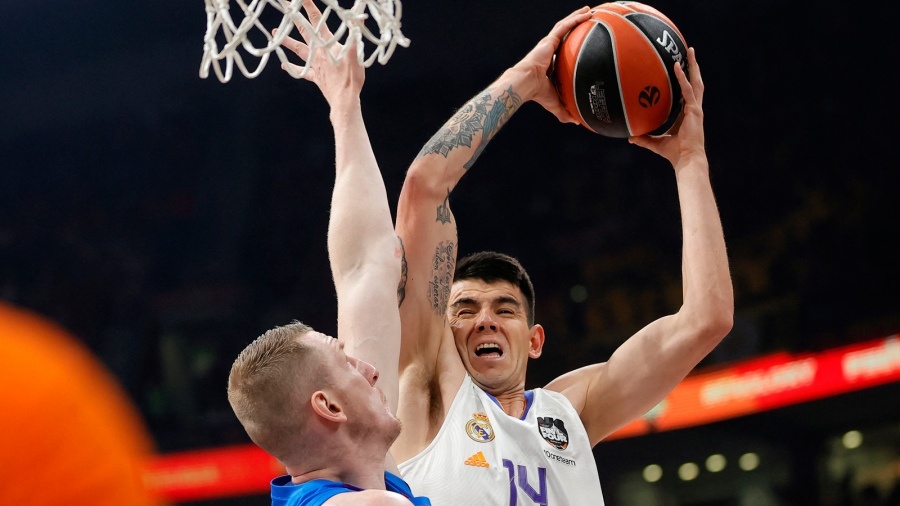 Real Madrid, with the presence of the Argentine Gabriel Deckwill try this Saturday to get the title of the basketball euroleaguewhen facing the Turkey’s Anadolu Efescurrent champion, in the decisive match that will take place in Belgrade, Serbia.

The Spanish team, the most successful throughout the history of the tournament with 10 coronations at the continental level, eliminated Barcelona in Thursday’s classic, which they defeated 86-83, after overcoming a 13-goal deficit at the start of the third quarter (34-47).

In that match, forward Deck (former San Lorenzo) from Santiago concluded with a record of 7 points and 7 rebounds. The two most outstanding values ​​of the ‘merengue’ cast were the French Fabien Causeur and Guerschon Yabusele, both with 18 goals each.

“We always believed in our chances. Even being 13 points down, the team never gave up. The truth is that we arrived at a good physical and mental moment, despite the fact that we had problems in a very long season,” said Spanish coach Pablo Laso on the radio program ‘Reloj de 24’ (AM 530).

“We have a lot of respect for Efes. They are a great team, regardless of their individualities. To beat them we are going to have to give our maximum effort and do a lot of things well,” added the Spanish coach.

Anadolu, champion in the 2021 season and protagonist of the last three finals, beat Olympiacos of Greece in the remaining semifinal, 77-74, with an agonizing triple by Serbian point guard Vasilije Micic, very shortly after closing.

The match for third place will be played by Barcelona, ​​with Buenos Aires point guard Nicolás Laprovíttola (former NBA San Antonio Spurs), and Olympiacos, from Greece.