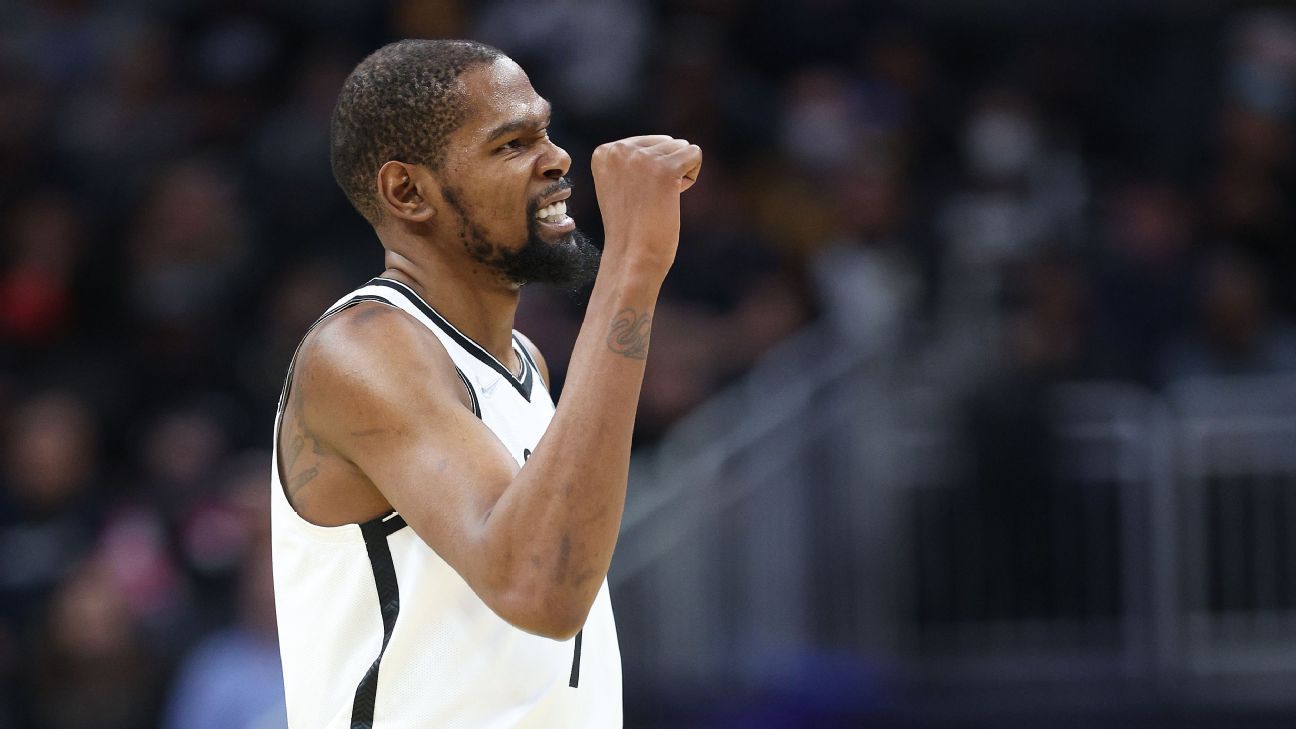 NEW YORK – The star forward of the Brooklyn Nets, Kevin Durantsays he will play Thursday against the Miami Heat after missing a month and a half due to a sprained MCL in his left knee.

Durant hasn’t played since he was injured in the Nets’ Jan. 15 win over the New Orleans Pelicans and would provide a huge boost for a team that went 5-16 in his absence.

“I feel energized,” Durant said after Thursday’s practice. “I feel grateful for the opportunity to play. It sucks to be out and not be with the team. I felt bad that I couldn’t help and contribute and try to change some things for us. But I have an opportunity tonight and I hope to move on, and do what I do in this team and I hope it brings good results.

Without Durant on the court, along with the change of james harden to the Sixers and the periodic absences of Kyrie Irvingthe Nets have fallen to 32-31 and at 8th place in the Eastern Conference. Ben Simmons, who came from the Sixers in the Harden trade, has yet to play as he continues to deal with a back problem. Irving still doesn’t play at home due to New York City’s vaccination mandate. Durant was asked if he feels more pressure given the Nets’ precarious position in the standings.

“I don’t see myself as a savior like that,” Durant said. “But I know what I can do and how much I can help this team and what we’re missing as a group, but I’m not trying to go out there and win a game by myself tonight or make it all about me. I’m just trying to go out there and help.” and being a good teammate and doing what I do. I know what I bring to the table and I try to do the best I can.”

It’s been a steep decline for a team that had been at or near the top of the standings when Durant was playing like a strong MVP candidate before the knee injury.

“It was tough because I couldn’t quiet some of the noise with my game,” he said of watching the Nets fall in his absence. “Usually that’s the best remedy for things like that. So I was bummed that I couldn’t go out there and perform to take some of the pressure off the guys and the organization, but I’m proud of how everyone kept pushing and coming to work every day. We know how crazy this business is – anything can happen. So we all have to be prepared and keep coming to work every day like professionals and I like how we did it.”

Durant said “nothing is set in stone” when it comes to any potential minute restrictions Thursday, but he hopes to stay in contact with the Nets’ training staff throughout the game as they monitor his return.

Durant returned to practice just after the All-Star break and has been on the team — and off the bench — a lot more in recent weeks. His availability will give the struggling group an emotional boost with 19 games remaining in the regular season.

“I didn’t want to play in pain,” Durant said. “I still had some pain in my knee during the losing streak. And obviously I know I can go out and help, but I didn’t want to hurt myself even more trying to go out there and be a superhero, just to be out there. But I’m glad I was able to have some time to work on my body and the training staff did a great job with me every day, and now I’m here. We’ll see how I am after this game and continue to build from there.”

Durant is confident his team can still get back on the winning track before the playoffs begin next month.

“It’s about taking it one day at a time,” Durant said. “I can be as confident as I want, if we don’t go out there and really put the work in, then nothing is going to happen. So I can talk about how confident we are and how things look and give you slogans about what our team can be. I can promote my team right now, but we have to go out there and do some reps and practice and play to really see who we are and what works best for us.”