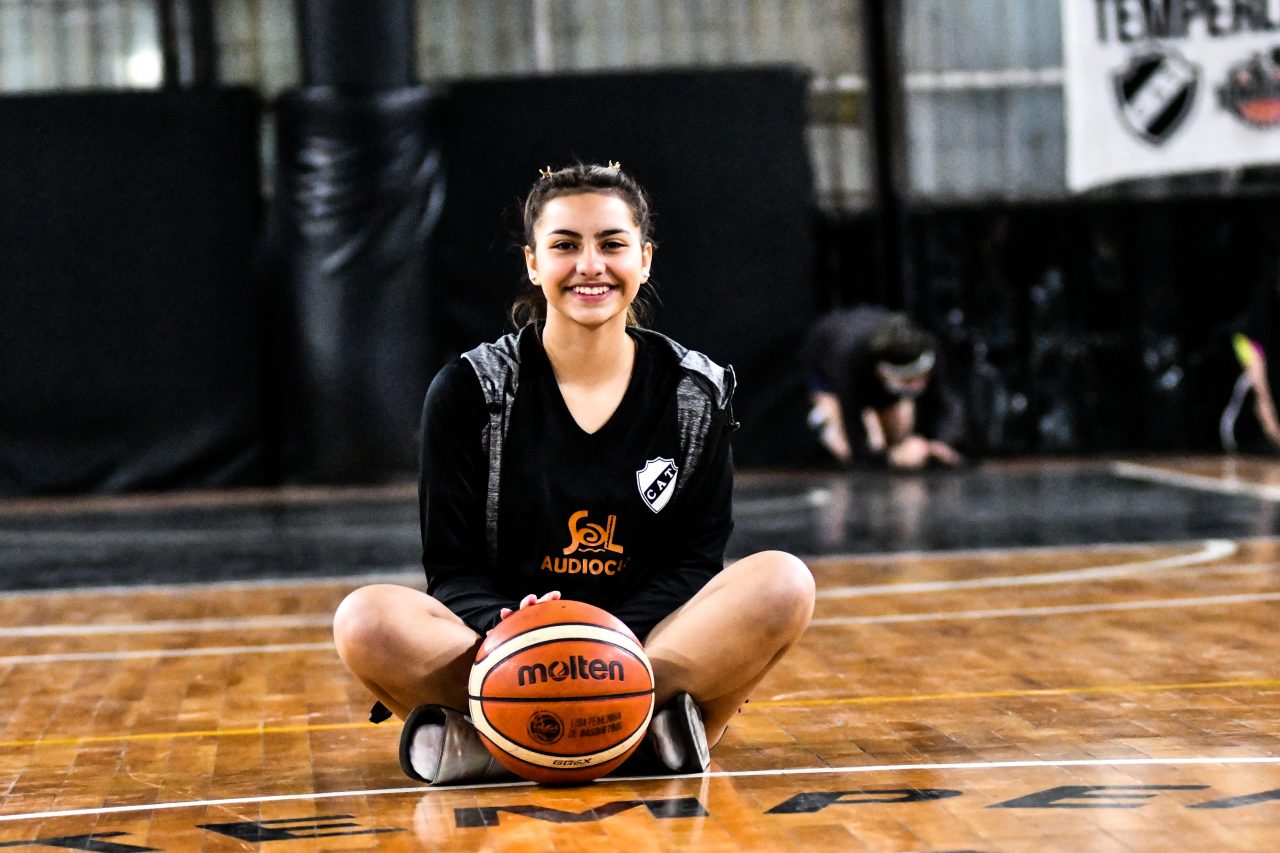 Through the “Movete playing basketball” project carried out by the Municipality of Rosario, through the Ministry of Sports and Tourism, girls and boys between 8 and 13 years old approach the activity in the Parque del Mercado sports centers; July 9th; Parque Oeste and Parque Yrigoyen. Candela Díaz lives with her family in the southern area and learned about the sport of ‘orange ball’ at the property located at Cepeda 5051 and adopted it with passion. He currently integrates the Under 14 category and alternates between the Under 16, Under 19 and the first division of the Temperley club.

“I dream of getting as far as possible,” said the teenager who lives in Ayolas and collector of Circunvalación. He started playing sports at the age of five. Hockey was the first discipline he put into practice in the bowels of the popular Saladillo club. But when he was in 7th grade at School No. 114, his axis changed. He left the ‘ball’ for the ‘orange ball’.

Basketball completely captivated her. The love for the specialty was at first sight in the municipal property of Parque del Mercado, which is where the project devised by the General Directorate of Community Sports “Move by playing basketball” began.

“I was going to the Physical Education Center No. 36 in Grandoli and Seguí, which brings together schools 114, 6430 and 81. As there the students do their respective physical activities in contrast (within CEF 36), Candela got hooked and fell in love with the basketball ”, argued Cristian Grimaldi, coordinator of the youth integration and inclusion plan“ Move playing basketball ”.

“The first time I saw the teacher I had no idea how to play or how it was played. I decided to give it a try and I loved it. I didn’t know whether to continue hockey, so I decided on this, and that’s how things turned out. For this reason, when the teacher (Grimaldi) told me that there was a chance to come here (Temperley) through the project, I did not hesitate, ”said Díaz in a timid voice.

For her part, her mother Rocío recalled that her daughter “while in Saladillo, basketball never caught her attention”.

The “Movete playing basketball” project is a program of the Community Sports Directorate, dependent on the Municipal Sports and Tourism Secretariat and is coordinated by Cristian Grimaldi. In principle, it was opened in the Parque del Mercado and 9 de Julio sports centers. And in 2021 it added the Parque Oeste and Parque Yrigoyen sports centers.

The central mission and challenge to be fulfilled is to attract and include boys and girls between the ages of 8 and 13 from all the schools near the municipal buildings. Another requirement to be reflected by children is permanent commitment and respect.

Once the boy / girl incorporates the guidelines drawn after having approved during a period in the police, they are awarded a scholarship to a club. To this must be added that when you have to make the player’s card to federate it, the corresponding association takes care of the cost. Meanwhile, the medical check-up is also free.

To all this we must add that from this year there is an articulation with the Mobility Entity of the Ministry of Mobility, which is intended for every child with limited resources who must take a group to mobilize with a companion to the club.

“My role is to go to the schools, room by room, talk to them and explain to all the kids what the project is about,” said Grimaldi. “We aim that everyone is most of the time in a club,” he said.

The Temperley club (Ayacuho 2100) ratified its constant social commitment when it decided to give Candela a scholarship in 2017 through the intervention of coach Leonel Señera. Then he redoubled the bet, adding more girls to the list.

Díaz is not only part of the U14 squad. “I also play for the U16, U19 and first division,” said the young woman. Her day to day is busy. Tuesday and Thursday he trains in double shift, in addition to going to school in the morning. On Wednesdays and Sundays he plays in the Rosarina tournament.

“My dream is to get as high as I can,” said Díaz with glassy eyes. “The girls accompanied me in everything from the first time I came. They explained to me without problems the things that did not come out. They are part of my present ”, he said.

Through the municipal project, he managed to have the opportunity to enjoy a discipline that became his passion. “This is the most beautiful thing that happened to me in my life,” she remarked with a broken voice and tears in her eyes, hinting at what basketball represents and having been awarded a scholarship by Temperley.

The 14-year-old girl also highlighted and thanked the great effort made daily by her mother Rocío and her grandparents Andrea and Juan, who are also essential pillars in her life. “They accompany me everywhere. They try to be in all of them always ”, he indicated.

Currently, while basketball is emerging in Temperley, Candela is in her second year at Vigil School. “I try to improve and improve myself day by day,” said the basketball player, who some time ago, at the age of 12, had the opportunity to be called up for the Rosario Sub 13 team.

As an extra piece of information, it should be noted that the basketball project carried out in CEF 36 began to intervene in the NBA junior program, which takes place in various countries and chooses six different cities to play a tournament, both for boys and girls, up to 12 years.

It is intended for physical education centers and some schools that have basketball teachers to later put together a tournament in the best NBA style. They were three years of active participation, of great relevance for all the young people of the city because it is an event of international caliber.

“We were a humble team, but with a lot of self-esteem from the girls who, unfortunately, cannot always do this sport because they do not have the possibility to go to training or their relatives cannot take them for different reasons,” Grimaldi graphed.

“Candela paved the way for other girls at school to practice this beautiful specialty,” commented the coordinator.

To that we must add that in 2019, in the tournament organized by the junior NBA program, Rosario won the title. “It was against Maciel, who had all players on his squad. Instead, we only had Cande who practiced this sport. Even so, we won the contest ”, he added.

Rocío did not beat around the bush when it came to drawing Candela. “I always wanted him to do sports. Discipline didn’t matter. I wanted him to have something to share, “he said. “Thanks to the teacher (Grimaldi) she is here. Because if it weren’t for him, I don’t know if I would have the opportunity to be or would love basketball so much, “she ended up saying, excited.