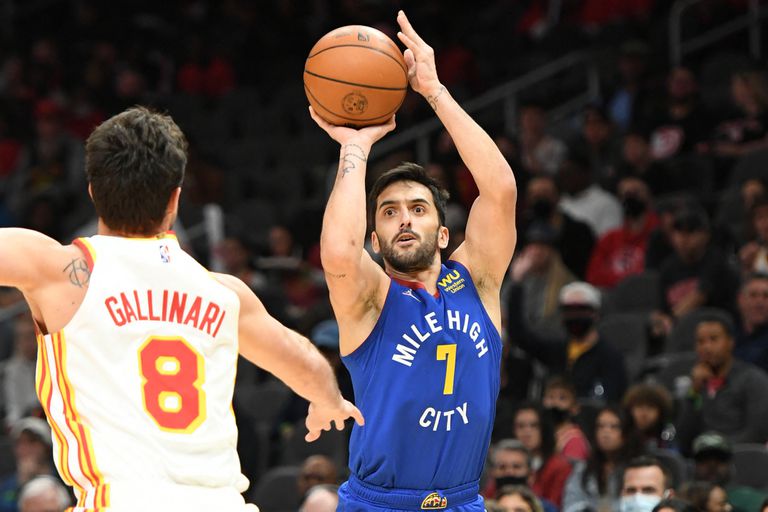 Chris marlowe there was no room in himself to praise the 7th of Denver nuggets. The Colorado team’s campaign rapporteur in the NBA erupted after the umpteenth wonder of the base in the triumph over Atlanta hawks, as a visitor, by 133 to 115. The night that “magician” returned in full.

Campazzo is not regaining confidence. You already have it all. It’s already on. Officially on, as he made clear this Friday, giving one of his shows. What made meager 7 points? His was almost never scoring. His thing is to build a game, assist, steal balls, deliver everything, spread, surprise. And in just 19 minutes of action, which were less than what had been because Denver settled the interdict early, put together a festival of assistances: spout, without looking, alley-oop …

Hits of Campazzo vs. Atlanta

The passes-goals were the nucleus of a more complete personal show, which included beautiful doubles, several steals, runs on a fast break, rebounds, a good triple. He started with a lucid double: Campazzo penetrated, stopped near the rim, threatened to pass the ball and surprised with a flying shot. To come back, made a “how are you?” face. The man from Cordoba was always charismatic. His game is.

Then triple, too high for Danilo gallinari (former Nuggets player) won’t cover it up. After a while, a steal, counterattack and a great pass-goal with a mark on top so that Vlatko Cancar –Another who gains participation– converted to the race. Everything, done a thousand times, Campazzo style. Then a rebound, a very fast run and a blown layup against an opponent, John collins, that He is 27 centimeters tall. The Argentine continued to enjoy: that double returned to the defense with a smile…

So was Marlowe and his commentator, who said: “He has become one of the best backup point guards in the NBA. He started to pitch a little better and has regained his confidence. And how he is playing, so fast ”. That progress was made clear on a television plaque, titled “Facuuuu in this season.” What did it record? That in their first 14 games of the Campazzo campaign averaged 3.6 points, 1.7 assists and 14.6 minutes with 37% effective in doubles plus triples, and in the next 13 he registered 8.9 points, 4.5 passes-goal Y 26.3 minutes, with 40.9% in doubles plus triples. Eloquent.

And the show continued. He had passed Gallinari over the top with that triple and then he touched down: Facundo made him a spout and thus enabled Jeff Green, who scored near the rim. Was the third tunnel in the last two games: a couple of days ago The Cordoba had done two to Karl-Anthony Towns, star of Minnesota Timberwolves and the NBA.

Already in the second half he was dispatched with an unexpected alley-oop (long pass to dunk) with Aaron Gordon. And at the end of the third quarter, the play that drove journalists crazy. Facu received a side kick, moved the ball, the teammates found no gaps and unloaded on it. The point guard carried the ball from one side to the other with Atlanta very closed in defense and with the receivers covered, until he found the slit to filter the ball with a dribble towards Cancar, who had no opposition. Almost under the basket and alone, the Slovenian made an easy tray, the reporter Marlowe was hallucinated and his partner emitted a laugh of pleasure at the action of the Argentine “Magician”.

And there was more. Young Kevin Kuerter took the ball from Facundo’s hands like candy from a child, counterpunched at high speed and, looking at Cancar, handed the ball to rookie Bones Hyland (21 points), rendering Gallinari powerless once again.

In short, Campazzo ended up again with 8 assists (his personal record for the season, for the third time), 3 rebounds, 3 robberies and high efficiency in few throws (2 of 3 in doubles, 1 of 2 in triples) and 1 loss, in those 19 minutes. And beyond the good numbers, a lot fantasy. The one that does not remain on the spreadsheets, but does remain in the television narratives and in the memory of the spectators.

From pipe, without looking, alley-oop: a festival of assists by Facundo Campazzo against the Atlanta Hawks … and a face of “how are you?”