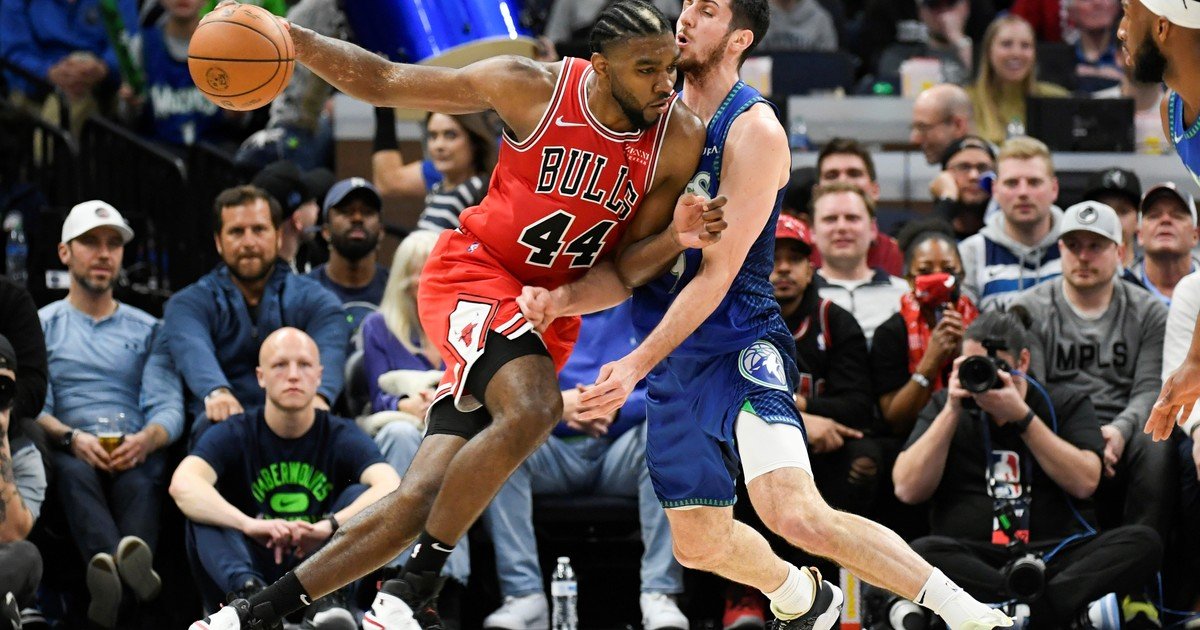 The end of the regular season NBA It gave many teams the opportunity to give minutes to players who are not usually among the most used in the rotation. And that was the case Leandro Bolmaro Y Facundo Campazzo who, for various reasons, They were protagonists in their teams on the last day before the start of the post season.

On the Leandro side, without a doubt Sunday night was the best since his arrival in the NBA. It is that the Cordovan added 11 points and 4 assists in just under 18 minutes of play and achieved his personal record in both areas. Bolmaro’s great performance could not be crowned with a win, because Minnesota Timberwolves fell 124-120 to Chicago Bulls.

With the seventh place in the Western Conference already assured and throbbing this Tuesday’s match against Los Angeles Clippers at the start of the Play-Ins, Chris Finch decided to preserve his main stars. The same thing happened on the side of Chicago, which also had already defined the sixth place in the Eastern Conference, although until that moment, without a confirmed rival. Finally, he will go to milwaukee.

On Tuesday, at 10:30 p.m., the Wolves will face the Clippers to define which team will go against Memphis in the first round of the Playoffs.

Expulsion and threat to Campazzo

Facu was sent off in the second quarter

The night was not perfect for Argentine basketball lovers. It is that while Bolmaro sealed his best performance since his arrival in the NBA, the flip side was what happened with Facundo Campazzo in the match between Denver and the Angeles Lakers.

Also with the position already secured in the Western Conference and already qualified for the Playoffs, Michael Malone He decided to give the Argentine more minutes, whom he relegated a lot this season compared to what 2020/2021 had been. In fact, before the 2m49 he played against the Memphis Grizzlies last Thursday, he had not played eight games.

Given the opportunity, Facu started with everything, determined to show that he deserves his chance. With brushstrokes of the best of his game, added 3 points (1-4 from the field), 4 assists and 2 steals in just over eight minutes. However, with 7m27 to go until the end of the second quarter, everything changed. In a penetration attempt, Mac McClung pushed him slightly and took him off the court, something that was not considered a foul by the match officials.

But in the continuity of the play, Campazzo he rejoined and, fighting for the rebound on Howard’s missed shot, gave Wayne Ellington a hard shove in the back. The referees immediately sanctioned him for a flagrant foul and he was expelled from the game, in what was ultimately a 146-141 loss.

On top of that, after the game, Facu was threatened by Ellington, who used his Twitter account with a harsh message for the Cordovan: “When I see you, I’m going to grab you with my hands,” the Lakers player wrote on Twitter.

An explanation for what happened, as pointed out by different users of social networks, Campazzo mistook Ellington for McClung, the Lakers player who had pushed him seconds before, hence his reaction.

With this bitter end, Campazzo closed his second regular season in the NBA, in which he averaged 5.1 points, 1.8 rebounds and 3.4 assists per game in 18.2 minutes.

The Nuggets, led by Nikola Jokic, have finished sixth in the Western Conference (48-34) and They will face the Golden State Warriors (53-29) in the first round of the playoffs.

All the Playoffs and Play-In crosses

Now that the regular season is over, the most exciting thing is coming: the start of the Playoffs. Although of course, in the first instance, the table must be confirmed, so between this Tuesday and Wednesday eight teams will go in search of the four pending places. Then, We review all the classifieds, how the Play-In will be played and how the Playoff crosses will be.

(2) Memphis Grizzlies – Winner of the play-in between the Minnesota Timberwolves and the Los Angeles Clippers.

This was the table of the NBA post season.

(2) Boston Celtics – Winner of play in between Brooklyn Nets and Cleveland Cavaliers.