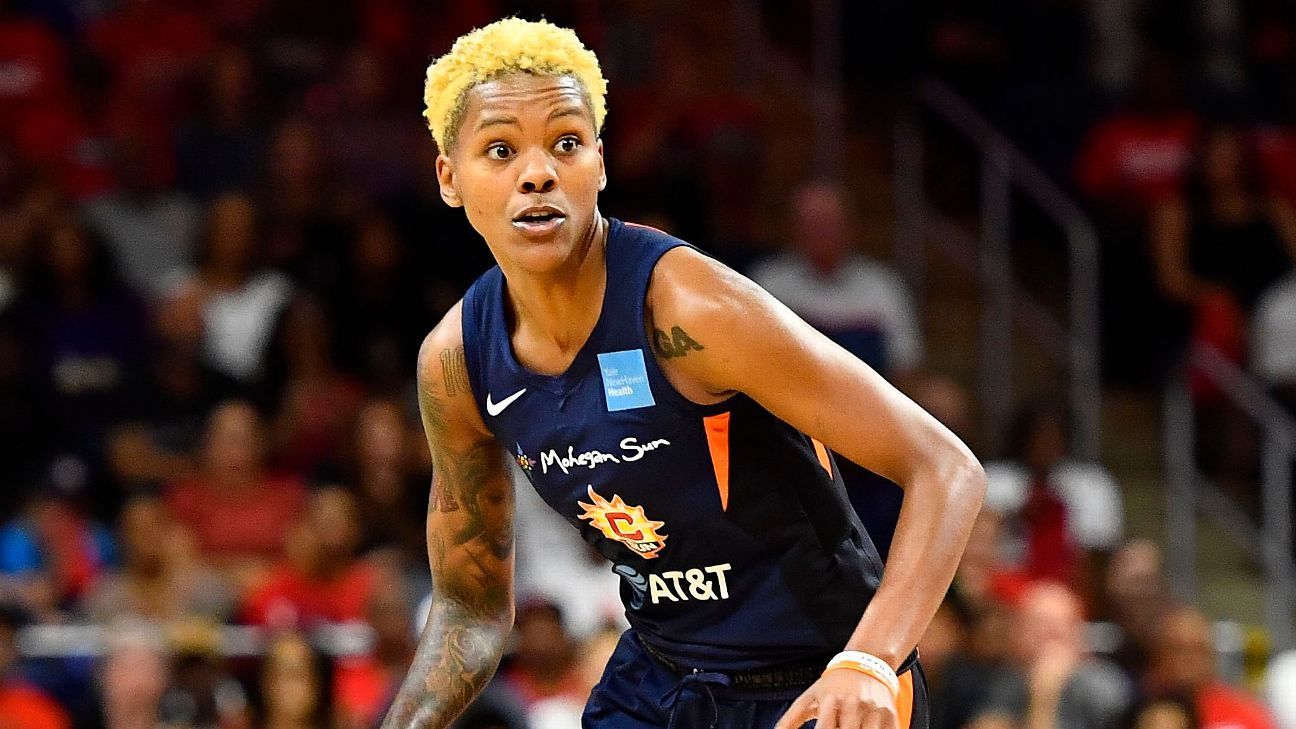 Shooting guard Courtney Williams is returning to the Connecticut Sun as a free agent, the team announced Wednesday.

Williams spent the previous two WNBA seasons with the Atlanta Dream and was their leading scorer in 2021 with 16.5 points per game. The eighth pick in the 2016 draft out of the University of South Florida, Williams began her career with the Phoenix Mercury. She was soon traded to Connecticut and spent most of her rookie season and all of 2017-19 with the Sun. She was a key player in helping lead Connecticut to the 2019 WNBA Finals, where the Sun fell to the Washington Mystics.

Before the 2020 season, Williams was traded to Atlanta. The Dream opted not to bring her back for 2022 after it came to light this past October that she was involved in an off-court fight in May and had recorded a YouTube video downplaying it. Williams soon removed the video and publicly apologized.

Sun coach and general manager Curt Miller said on a video call Wednesday that he spoke with Williams about the incident, adding that his former Sun teammates advocated for his return to Connecticut.

“We talked to Courtney,” Miller said. “Expectations about what it means to be [una jugadora] from the Connecticut Sun and return to our culture. We’ve certainly had some wonderful conversations during this period of free agency.

“There is a trust from Courtney to us that we will put her in a position to succeed. I think that being surrounded again by what she would call her sisters, and the love not only of the veteran players but of our fans and our franchise, there’s a comfort level after the year she’s had being back with this family. I love coaching Courtney. She’s easy to coach and loves the sport.”