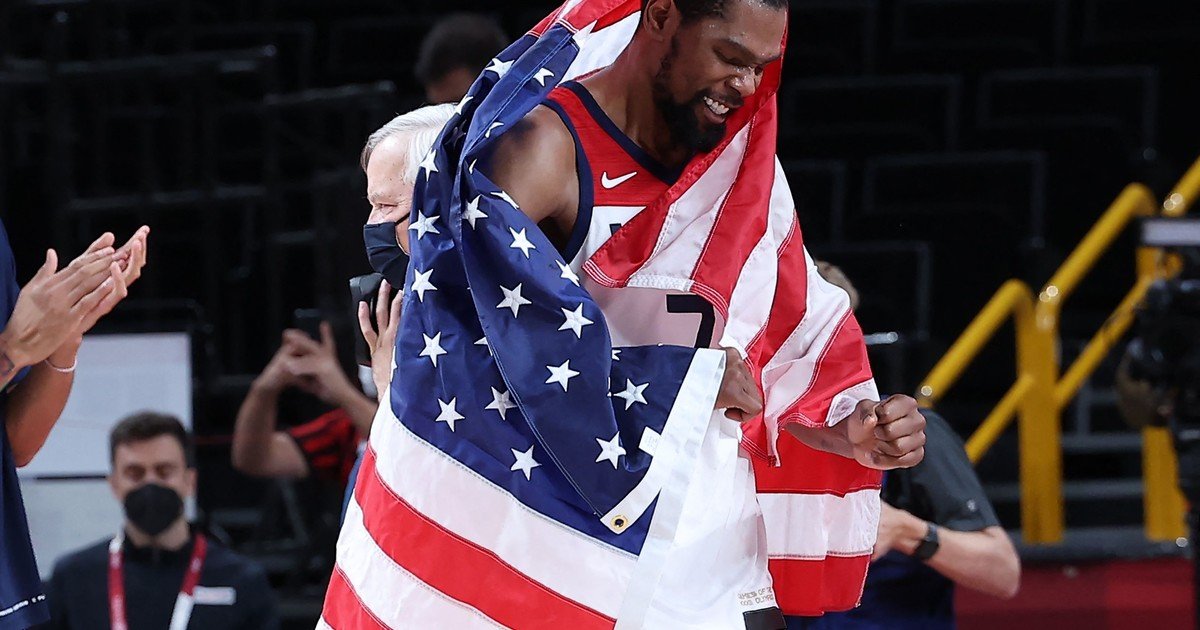 Closer to being Team USA than that aforementioned Dream Team … However, beyond comparisons, the truth is that The United States met the predictions and won a fourth consecutive gold in men’s basketball at the Olympic Games after beating France 87-82 in the final, this Saturday in Saitama.

Kevin Durant was the leader of the Americans with 29 points, well supported by Jason Tatum (19), against a France that paid dearly for its mistake from the free throw line (18/29) and the losses of the ball (18).

Despite the doubts during the preparation of the Olympic tournament, with worrying losses to Australia and Nigeria, and debut in Tokyo 2020 losing to France fairly (83-76), the United States returned to hang the gold in men’s basketball to maintain their dominance in this sport.

Since the stars of the NBA participate in the Olympic Games, since Barcelona 1992 with the mythical Dream Team, the Americans have only missed the gold medal once: it was in Athens 2004 with the coronation of Argentina of the Golden Generation led by Manu Ginobili.

Of the 20 Olympic tournaments, the United States participated in 19 (The only thing missing, due to the boycott of the western bloc, Moscow 1980). In all of them he got on the podium: 16 times to receive the gold medal, once the silver one was hung and, twice, the bronze one.

The keys to the final

The Bleus, who had already shown in the first phase that this North American team could be beaten, did not lose faith at any time, but in the end they had to bow to Durant’s performance and their own mistakes.

France hit where it did the most damage to Gregg Popovich’s team, the high game, with Rudy Gobert, top scorer (16) and rebounder (8) of his team, but the best defensive center in the NBA did not take advantage of that superiority to score bigger differences due to their deficit in free throws (6/13).

It was enough for Team USA to press on defense, causing losses of the French (4) and Kevin Durant’s points (12 in the first quarter) to take the lead on the scoreboard for the first time and reach the end of the first period with four-point lead (22-18) after a triple by Jayson Tatum.

Los Bleus were down 13 points averaging the second quarter (39-26), but with patience and giving balls to Rudy Gobert (13 points and 7 rebounds at halftime), Vincent Collet’s team was able to stop the bleeding and arrive alive at halftime (44-39).

Every time France approached the scoreboard, the Americans accelerated to count differences of up to 14 points in the third quarter, although the Europeans never gave up and with a triple on Nicolas Batum’s buzzer. They arrived with -6 to the fourth and final period (71-63).

With another triple by Frank Ntikilina the Europeans were only three points (73-70) with just under six minutes to play, but the Americans again took advantage of the French errors to hit the final stretch, certifying the gold with a triple by Tatum (82-72, m.37).

This is how the Olympic final was played.

Los Bleus fought until the end and, as consolation, they will be the team that lost an Olympic final against the United States by the smallest difference (beating Spain, which lost 107-100 in Beijing 2008).

This Olympic title crowns Popovich, 72, as one of the best coaches in history, since the gold medal joins the five titles achieved with San Antonio Spurs.

Two powers greet each other.