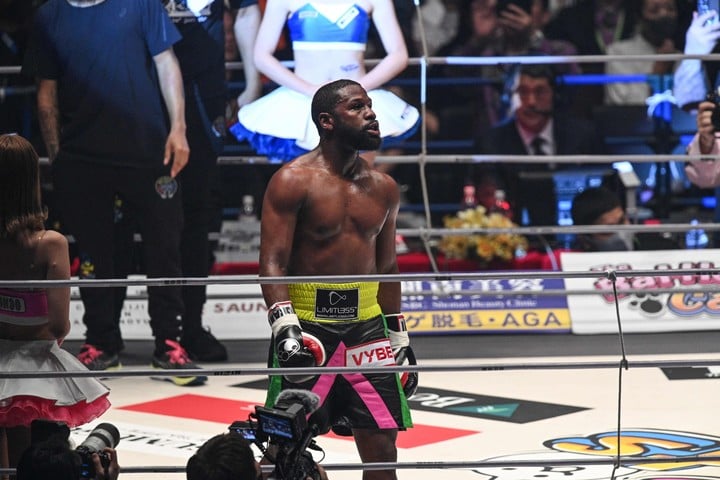 The former American boxer Floyd Mayweather It was always characterized by its great waste of money and multimillion-dollar purchases. In this case, Money wants to get into the basketball business and offered more than 2,000 million dollars to buy a franchise of the nba.

Mayweather will invest more than two billion dollars in a franchise. Photo: AFP

Mayweather did it again: he spent thousands of dollars in a little while

In a chat with the Daily Loud media, Mayweather said that he wants to enter the world of the NBA with a strong investment. “I’m working with some business partners to buy a piece of equipment…”confessed the former world champion.

Although there is still nothing official, it is rumored that Money could acquire a new franchise to start competing in the elite of North American basketball. “It could be in Las Vegas, in Seattle or an existing one that is put up for sale. It is not defined yet”the Michigan native stated.

Floyd Mayweather is characterized by his great waste of money.

Canelo Álvarez shows off his LaFerrari, valued at 4 million euros

When asked about the timing of the investment, Floyd was clear with the huge amount that he would invest in this project. “Our first offer is just over 2,000 million dollars to have the majority of the shares”revealed the former boxer and added that “this does not happen overnight.”

The surprising prices of the Canelo Álvarez Taco Shop

Charlotte Hornets was the last franchise to join the NBA. Photo: AP.

The NBA could incorporate two new franchises by 2024 and thehe two main candidates come from the cities of Los Angeles and Seattle. The last time a new team was incorporated into the competition was after the transfer of the Charlotte Hornets to New Orleans in 2004.

The series about Manu Ginóbili is coming

Floyd showing wads of money in his networks. Photo: @floydmayweather.

Mayweather has made all kinds of investments with his vast fortune, from buying his boxing promotion, skate parks, various cryptocurrencies and even the NASCAR market where he founded a team under the name of Money Team Racing.

They arrest a former boxer for drug trafficking for more than 1,000 million dollars