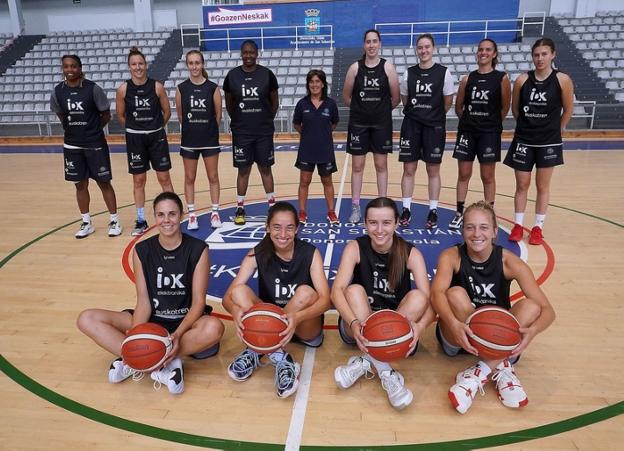 Presentation of the IDK Euskotren set for the new campaign.

The Bergara Hiria women’s sports promotion program reaches its fourth edition this Friday, hand in hand with the City Council and the local basketball club. They propose a meeting at the Labegaraieta sports center between Ibaeta, which plays in the first division under the name of IDK Euskotren, against the Zamorano team Club Deportivo Zaramat.

The preparatory clash for the debut in the official competitions will take place from 6:00 p.m. on the Labegaraieta pitch with free admission.

The Donostiarras are one of the strongest teams in the highest category whose sporting objective is to reach the final phases in search of titles, and in this coming campaign they will play the Eurocup at a continental level. A formation that stands out for its youth with an average age of 24 years.

The rivals of CD Zamarat make up one of the roosters of the second division whose goal is to reach the promotion phase at the end of the season.

Two high-level teams in the final stretch of the preseason that will offer a high-level sporting spectacle.

Changes in the BKE

The basketball BKE has launched the training schedule for the start of the league on the weekend of the 18th for the four major formations.

The club faces the new campaign with changes in its organizational structure. After the departure of the head of the team, Ion Beistegi, and the sports director, Andoni Azpiazu, Borja Elkoroberezibar, Aitor Esnaola and Xabat Irazola take over the management. The functions of the sports management will fall to Xabat Irazola.

They face the campaign excited about the presence of the female senior in the first division after the promotion achieved.

Last season it also served for three teams to achieve places in the Performance Leagues in different categories.

From the section they remember that the doors are open for those interested in starting to practice basketball, who can contact the club.