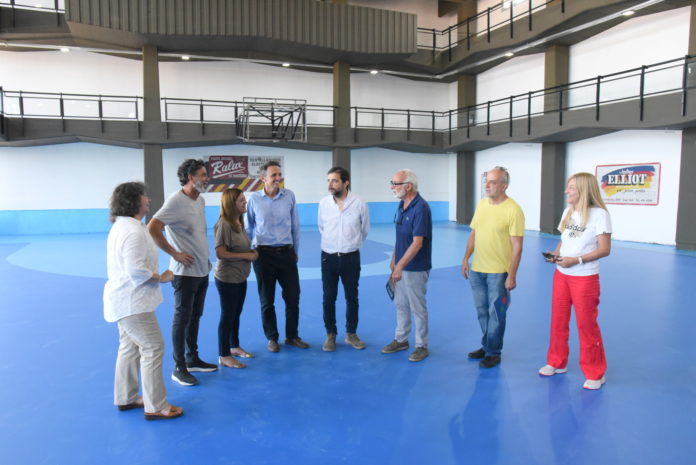 The second stage of comprehensive renovation of the Cultural and Sports Center includes the basketball court, new spaces for workshops, changing rooms and other facilities.

The mayor of San Martín, Fernando Moreira, and the Minister of Public Works of the Nation, Gabriel Katopodis, visited the second stage of the comprehensive remodeling of the Peretz Cultural and Sports Center, which is progressing through the municipal Strategic Works Plan, with financing from the Ministry.

“This is an emblematic club of Villa Lynch, which we rescued from the Municipality and we were able to reopen in 2019. It has a first-class swimming pool that thousands of neighbors use every year,” said the Community Chief.

And he added: “With this second stage of works that is close to opening, we will be able to complete the remodeling, expanding the cultural and sports offer throughout the area.”

The Peretz Cultural and Sports Center has a 25×12 heated pool, with a depth of 5 meters, 6 swimming lines and a springboard, 2 1.80 footbridges, ventilation and natural lighting. In addition, it has new directly connected changing rooms, toilets and showers.

On the other hand, the remodeling contemplates the passage widths, ramps and minimum measures for people with reduced mobility.

Peretz was founded in 1940 by a group of Jewish immigrants, residents and textile industrialists, and reached an enrollment of 3,000 active members. However, due to economic problems, it closed its doors in the ’90s and two decades later it was acquired by the Municipality to begin its building recovery.

It is located at Rodríguez Peña 4036 and joins the José León Suárez Municipal Swimming Pool.