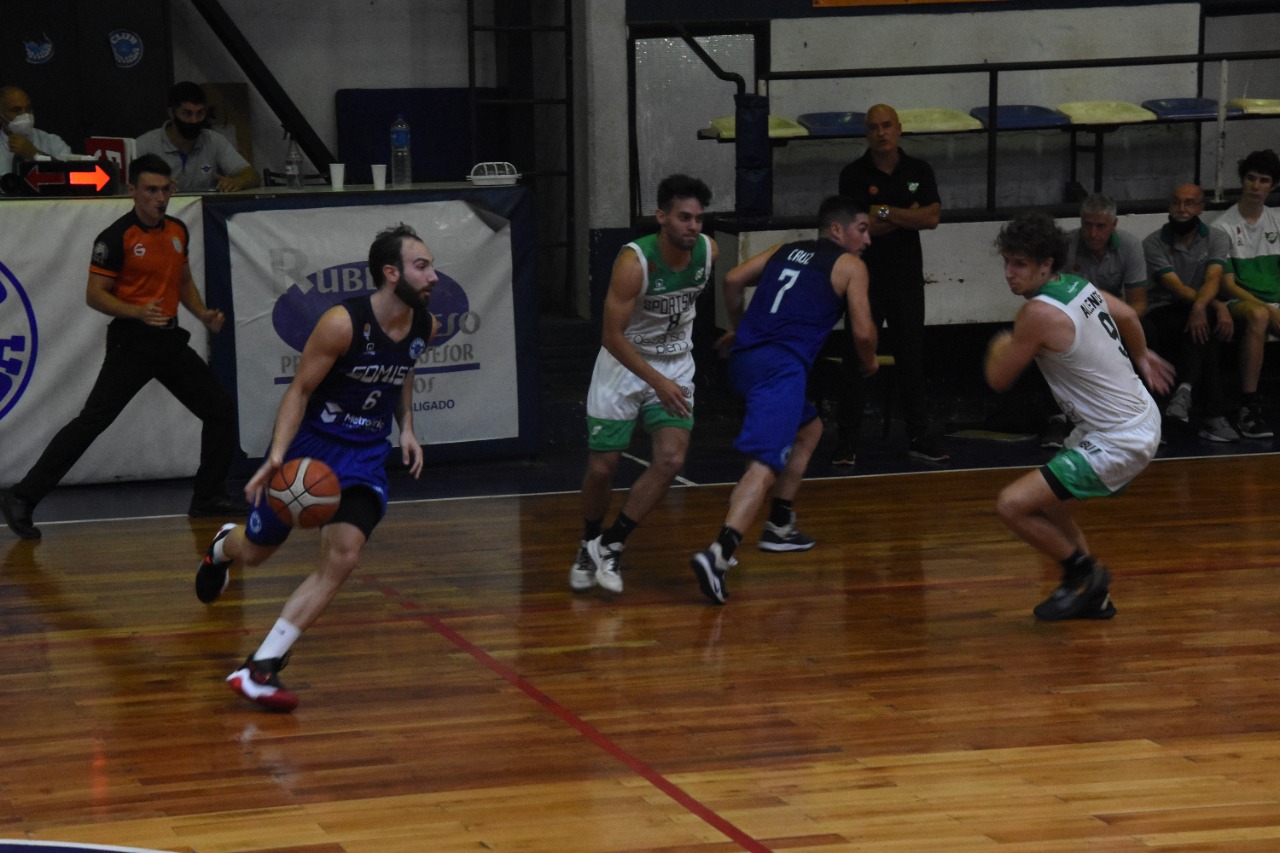 For the second date of the CAB Region Division 1, the Arámburu team shone in the “Socios Fundadores” and beat Sportmen Unidos by 106 to 72, repeating the level it had had a week ago in its debut against Gimnasia in what collective and individual. Zandomeni, Calderón and Cruz were the low scorers with 17 points each. Dentis and Pascual, again important.

After the great debut he had had against Gimnasia, Somisa completed another outstanding performance and won again at home in the Federal Basketball League. This time, for the second date of the CAB Region Division 1, they beat Sportmen Unidos by 106 to 72, repeating the level that they had a week ago in the collective and individual. Inclusively, he even surpassed that version, with a dream first half after which the victory was practically assured by having taken a difference of 35 points (the maximum was forty in the last quarter, 87-47). And he achieved it against a tough rival, whom he reduced to his minimum expression (in fact, for the Regional, Rosario had beaten him in the semifinal 94 to 68). Beyond the bulky result, Sportmen was competitive and played the 40 minutes in the same way; trying to force Somisa’s mistake from the very beginning of her possessions. And being direct and aggressive in attack. Of course, Somisa responded by playing with the same intensity, with a strong defense, and surprised him with his intelligence to break the pressure and, above all, with his effectiveness.

The team led by Nicolás Arámburu won from start to finish in an indisputable way. Although he took control of the scoreboard thanks to an 11-0 run that he nailed in the initial segment, with eleven points in a row from Cruz (in reality there were 14 units that the shooting guard scored consecutively without missing a shot). Later in the second period, Somisa had another notable 14-0 run, with Calderón and Zandomeni showing off sharing the driving and the shooting of the shooters (he finished with 12-18 in triples and 21-34 in shots from the field in the PT against 0-4 and 9-31, plus 14 losses of his rival). The one from our city was shown to be a long team with variants, to go to the long break winning 61 to 26.

In the third period, as expected, Sportmen doubled their bets and were even more impetuous and with Pablo Méccoli as their most active man in the opposite half, they tried to get back into the match. The closest he came was to twenty-seven (47-74), against an opponent that every time he broke the pressure, he scored a goal. The triples of the somiseros continued to be repeated from all angles and sectors (18-32 in that category) at the start of the final episode, which made the locals put the bow on the night, obtaining an income of forty. And playing the last six minutes with substitutes (four of them kids), Somisa even had the pleasure of overcoming the hundred-point barrier so that the celebration is complete.