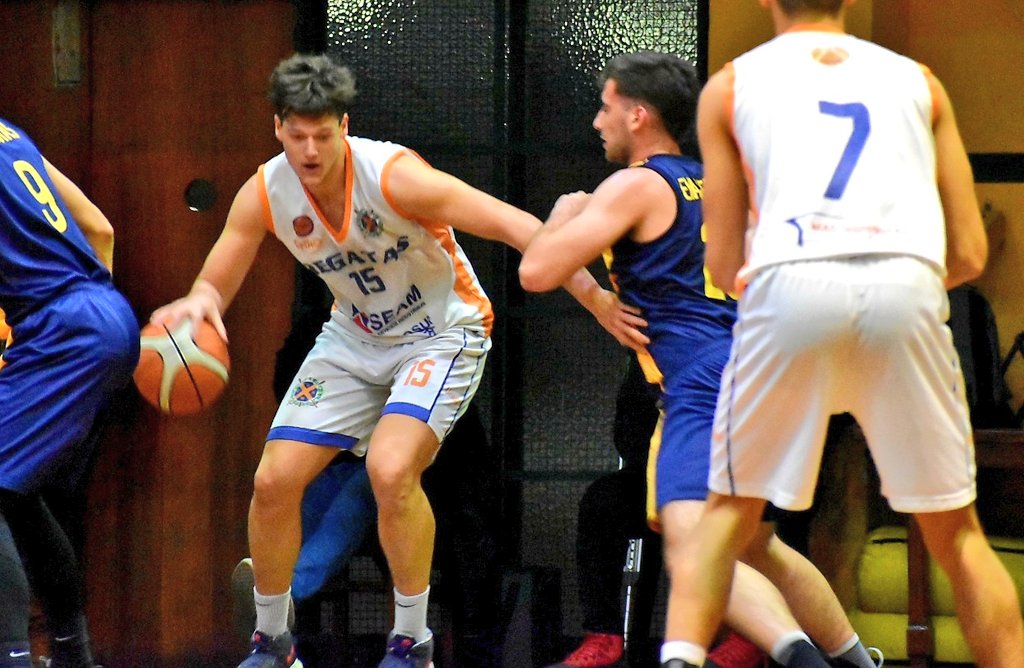 In the first clash of the quarterfinals of the Southern Conference, the nicoleño team suffered a hard setback as a visitor by falling 93 to 66. In this way, Regatas will have the obligation to win on Saturday and Sunday in “La Ribera” to turn the series around and advance to the next round.

At the start of the quarterfinal series of the Southern Conference of the Federal Basketball League, Regatas suffered a serious setback in Rosario, where it fell 93-66 against Gimnasia. In this way, Regatas will have the obligation to win on Saturday and Sunday in “La Ribera” to turn the series around and advance to the next round. In the other key there was also a triumph from Rosario: Provincial beat Santa Paula de Gálvez at home 90-89 with a conversion in the final seconds by Guido Mariani.
Perhaps due to the delay in the start of the match (it started 40 minutes later due to a problem in one of the boards), Regatas started cold, because after more than three minutes he just scored (he was 0-5 and a loss). He did it hand in hand with Patricio Rodríguez, when the place was already upstairs. Gymnastics surprised with Yanson going out to shoot and with the depth of Capra, against a weak defense. Halfway through the fourth, the homeowner was placed 14 to 3 after a triple by Sáez. In that passage (1-7 in field shots and 5 turnovers), Regatas failed to find clear options and looked confused in the opposite field. After a triple by Ingrata and two singles by López, the visit threatened to enter the game. However, Gimnasia responded with a 10-0 run showing all its riches in offenses and, with a shared goal, they obtained an advantage of eighteen heading to the first break, in what were ten minutes for Regatas to forget.

The second period started worse for Regatas: with three points from Capra and a triple from Sáez (two from a remarkable start, 20 points with 8-12 shooting from the floor in the PT), they extended their dominance of the local. The blast was 16-0 for Gimnasia in almost 5′ (close of the first act and start of the next), which Regatas stopped with a double by Andollo. Although that conversion was of little use, nor did the nicoleños improve behind with the zone. On their side, the losses kept repeating themselves (12 in the PT) and in the middle of the segment the Rosarios won by 38 to 12. Regatas tried to react with a positive income from Nicolás Rodríguez (partial 7-0). However Gimnasia responded with a triple by Iglesias and with six units by Chiana to take the distance again, reaching halftime up 50 to 25. A difficult gap to close. Regatas needed to quickly be a barrage on offense, damage the paint and find the goal from outside (he finished with 3-24 in triples), and at the same time reduce Gimnasia’s efficiency and goalscoring. What didn’t happen. Quite the contrary, with a lucid Capra, the power of Meinero and the first contributions of Ettorre, the group from Parque de la Independencia passed the thirty difference before a Regatas out of orbit and without answers. With the game settled and Regatas leaving a negative image that blurs what had been shown with Suardi, the maximum in favor of Gymnastics was thirty-nine (84-45). Despite the regatans and against all odds, just to find out how much Mariano Junco’s team was going to win, the last chapter unfolded. The only good thing that Regatas can get out of his visit to Rosario is that he will soon have his revenge. Of course, there you won’t be able to stumble again; if he loses he will say goodbye to the competition.

FEDERAL BASKETBALL LEAGUE: REGATTAS STARTED THE SERIES WITH GYMNASTICS WITH A TOUGH DEFEAT IN ROSARIO