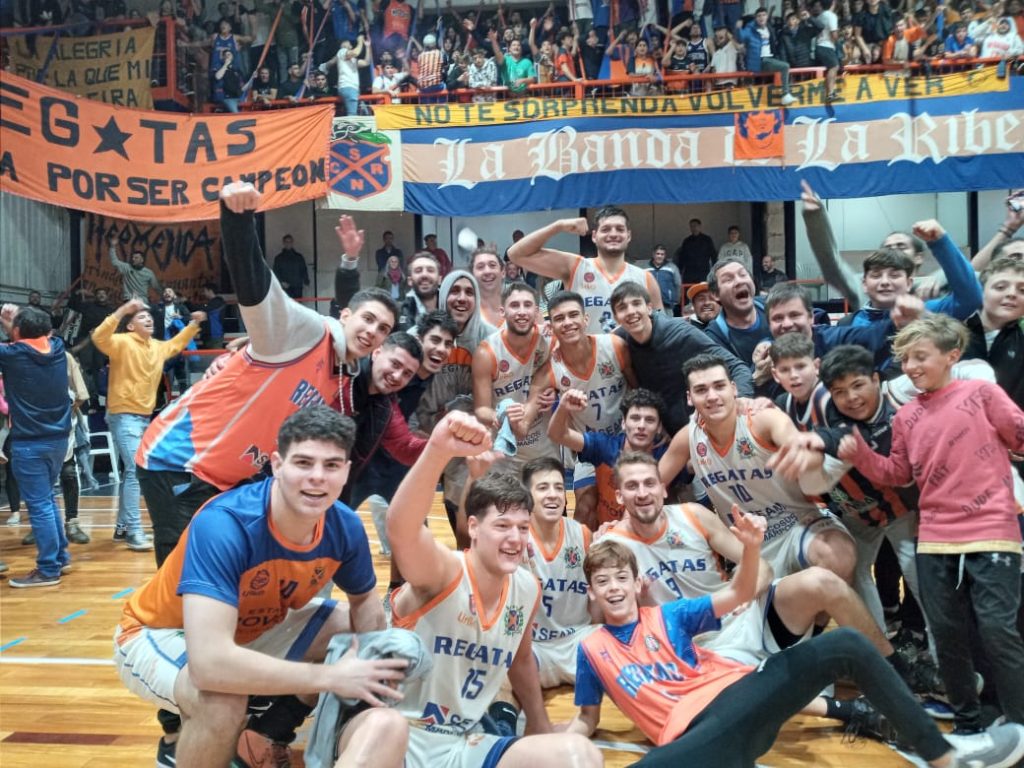 Pablo Dastugue’s team once again beat Sportivo Suardi in “La Ribera”, turned the round of 16 series of the Southern Conference and got into the top 16 of the season. From Wednesday it will be measured with Gimnasia de Rosario in another series to the best of three confrontations that will begin on the pitch of Rosario and will be defined in San Nicolás.

Regatas beat Sportivo Suardi again in “La Ribera”, turned the round of 16 series of the Southern Conference and entered the top 16 of the 2022 Federal Basketball League. El Náutico prevailed in the third and decisive match by 68 to 62 and in the next instance they will have to face Gimnasia de Rosario, who left Sport Club Cañadense on the road (also 2-1, after having triumphed tonight 67 to 58 in the third game). The crossing will start on Wednesday on Rosario soil and will continue on Saturday in San Nicolás with the dispute of the second game, while a possible third confrontation is scheduled for Sunday. In this area, in the other key, Santa Paula de Gálvez and Provincial de Rosario will face each other.

Regatas started hard, becoming strong with the rebound on his hoop against an erratic rival and playing with ease in offense. It was placed 10 to 2, in less than three minutes of play, with Repetti with his most active player in that initial stretch. Later he entered Suardi’s vertigo and fell into the first of his “wells” at night. This was the most critical, since he went more than 5 minutes without converting (0-6 in shots from the field and 3 turnovers in that passage). He suffered a 12-0 run by the visitors, who with that burst entered the fight and went to the front (12-10), with a good start from Correnti.

Regatas calmed down again, passed the ball in attack, with another positive entry from Andollo and recovered, to enter the first break 17 to 16 up.
However, in the second period Suardi let go again, who found the goal from the perimeter (5-12 in the PT and 6-21 in total) and added in second options, making mistakes but charging the rebound in the other’s glass (with Veliz being important in this aspect). Regatas lost the line again, although he reacted in the closing -especially in defense- and it was a great deal to finish the same as his opponent in the first half (30-30), in what until then had been a discreet presentation.

Regatas came out with another position from the locker room. That made him defend better and regain confidence in attack. He was more supportive, found more variants to convert and, mainly, found answers in the outside shot (4-7 in the third quarter, when he had shot 3-15 in the entire PT). Similarly, Suardi did not let go, supported by the skills of Correnti and Alloatti and the good hand of Ledesma.

Thus, the locals entered the final chapter winning by five (54-49). In that segment Regatas again took a difference of eight as at the beginning of the game (maximum, 59-51 in this case). But then he suffered another relapse, fell into confusion and Suardi through Alloatti (3-8 in doubles and 8-8 in free) stayed in the race for victory. López with a triple seemed to bring Regatas closer to the classification, which was 64 to 57 at 1´46´´. However, he didn’t know how to make the last lunge and gave Suardi another chance, who with a triple by Lizarraga got close to two with 15 seconds to go (62-64). Two singles by “Pato” Rodríguez gave air to Dastugue’s men who, after Suardi failed in his last attempt, settled the lawsuit with another two free ones by López and entered the next court to the delight of their fans, who accompanied in great numbers.
In what was a typical play-off duel, close, disputed and with a lot of nervousness and inaccuracies, in Regatas his main figure was -as happened on Friday- Santiago López, with 16 points, 4 assists, 10 rebounds and 4 steals. Meanwhile, the top scorer for the winners was Federico Repetti with 18 points (5-14 in doubles, 2-4 in triples and 2-4 in free kicks). In turn, coming off the bench, Sebastián Andollo had another good performance, with 10 points, 5 rebounds and 3 assists. On Suardi’s side, the most productive players were Lizarraga with 16 points and Alejandro Alloatti, with 14 (+ 8 rebounds).
Thinking about what is to come, it should be noted that Regatas has already faced Gimnasia twice in this tournament, winning in Rosario 76-75 with an agonizing triple by Ingrata and falling 86-67 in our city.