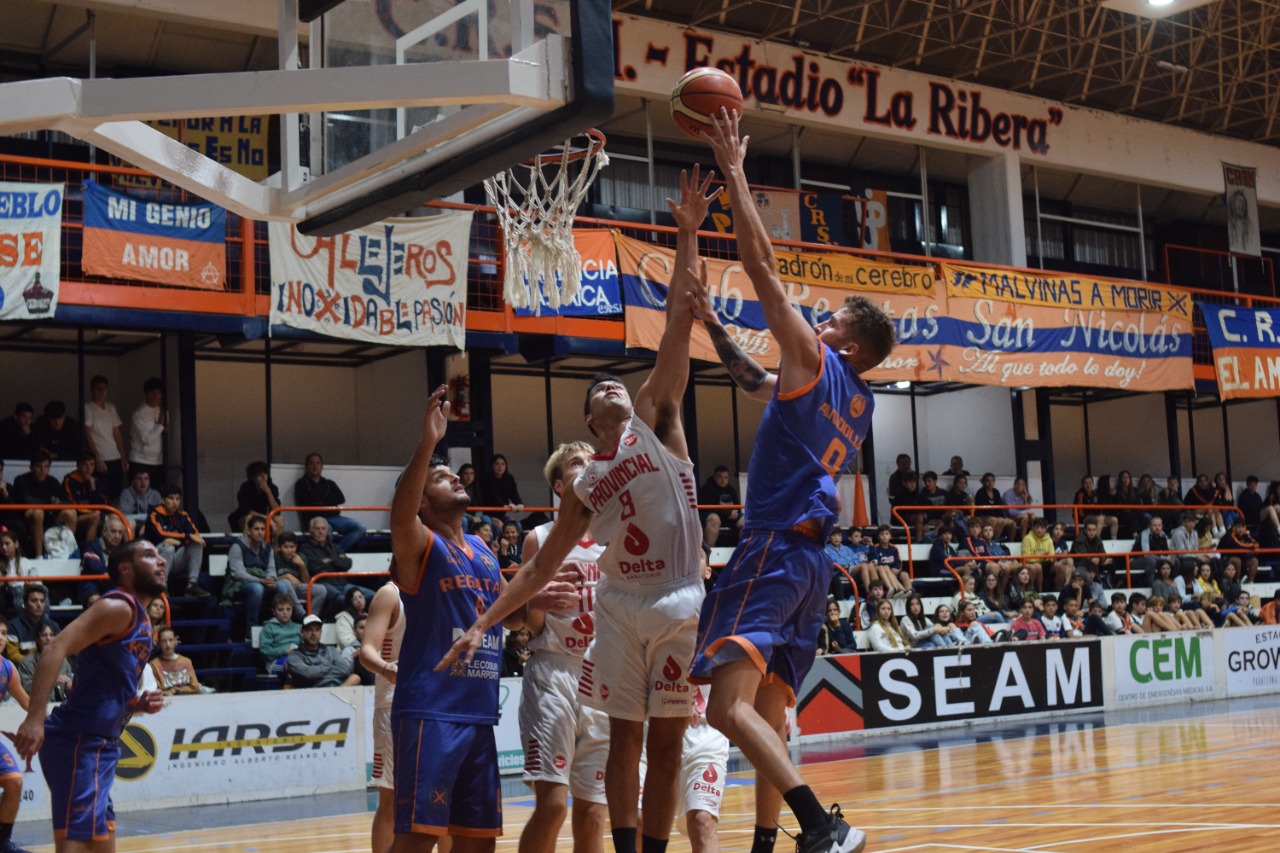 In “La Ribera” the Náutico beat Provincial 88-81 in a laborious way for the ninth date and closed the first round as the absolute leader of the CAB Region Division 1. Federico Repetti -one of his scorers along with Mena- was key in the last quarter scoring in that passage 17 of his 19 points.

Regatas quickly left behind the setback suffered a week ago in the classic against Belgrano and, in “La Ribera” achieved a laborious victory against Provincial, which he surpassed by 88-81 for the ninth date of the CAB Region Division 1 of the Federal Basketball League. In this way, the Náutico closed a remarkable first round, with seven wins and a single fall, and is more leading than ever.

Regatas had a promising start to the game, leading 9-0 in just over three minutes of play. Actually, at the start the area gave him revenue, his rival was erratic and in the opposite field the homeowner hurt in various ways, something that he could not maintain later. He began to suffer losses, the outside hoop was closed and Provincial, with the encouragement of his substitutes, managed to match the process. Until at the end of the second period, with a run of 8-0 and two three-pointers in a row, the visitors managed to come forward for the first time that night, to win the locker room by one (32-31), showing themselves as what it is: a good team (in fact, they had already beaten Somisa and Belgrano). Regatas, with Mena only gravitating offensively with his power in the paint, closed a discreet first half, with 3-15 triples and 12 turnovers. However, his worst moment would come in the third chapter, when Provincial, again punishing with long shots (three consecutive) took a ten lead (56-46). From then on, pushed by its public, Regatas began to resemble that of almost the entire season; and, with the leadership of López and “Pato” Rodríguez, Ingrata’s scoring power, reacted with a blast of 11-0. And, beyond the fact that Federico Pérez nailed a distant triple on the buzzer in the closing to leave his team ahead (59-57), the formation led by Pablo Dastugue closed that segment with height, recovered individually and collectively, reading better the game, losing fewer balls (7 in the ST) and damaging both with his insides and with his perimeters (6-12 in triples in the ST). Facing an opponent who resisted with solid arguments, maintaining the level of hits in the opposite field through “los Rodríguez”, Federico Pérez and Garello, Regatas found a Repetti in an enormous version in the final ten minutes. The sampedrino showed character and determination and with 17 points in that passage he was key for the locals to turn the story around, obtaining a difference of ten after a triple by López (maximum 87-77 to 16”), with which they sentenced the lawsuit , against a Provincial who sold dearly for defeat.

In the other game that was played yesterday, Gimnasia (with 19 points from Andrés Meinero) beat Sportmen Unidos (25 from Pablo Mecoli) as a visitor in a duel between Rosario. As for Regatas, he will play again on his field on Wednesday in this case against Atalaya.

FEDERAL BASKETBALL LEAGUE: REGATTAS CLOSED THE FIRST ROUND WITH A TRIUMPH AND IS MORE POINTED THAN EVER