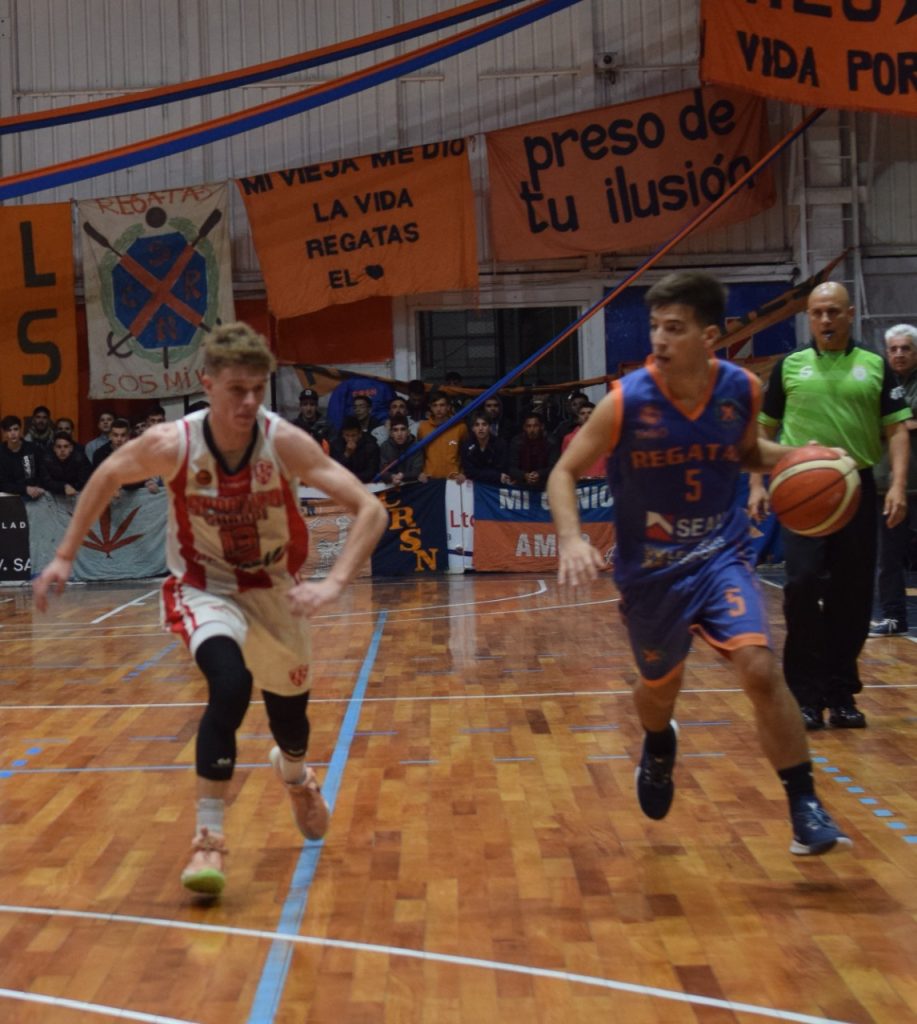 Náutico beat Sportivo Suardi 90-77 at home and tied the round of 16 series of the Southern Conference. Today Saturday from 9:00 p.m., both teams will face each other again in “La Ribera” to define the crossing. López was the top scorer with 18 points.

Regatas defeated Sportivo Suardi at home by 90-77 and tied the round of 16 series of the Southern Conference of the Federal Basketball League. Today from 9:00 p.m., both teams will face each other again in “La Ribera” to define the crossing. The tie between Gimnasia de Rosario and Sport Club Cañadense will also be resolved in a third match, from which the opponent of Regatas or Suardi will emerge. Gymnastics won last night on Rosario soil by 101 to 66. It is worth remembering that the next instance will begin on Wednesday.

Individually and collectively Regatas completed a very good performance in general terms, although he had a couple of negative passages in his game, something that will not be able to happen again or could pay dearly in the definition of the tie, against a very frontal and direct rival in attack, which does not change its script, with many ways to score, especially on the perimeter.

They started goal by goal (8 to 8 in just over 2´), until later Regatas took the first advantages from Ingrata. When he was patient and passed the ball, Regatas marked superiority over Santa Fe. The homeowner had a shared goal and reached the first break winning 22-17 (with 4-7 in triples in that quarter and 14-30 in total). In the second period, with the contribution of his substitutes, Andollo, Noguera and Nicolás Rodríguez, he took a light nine on the Regatas scoreboard (34-25). He also bet on the replacement –and even more accentuated- Suardi, who played a lot with five fresh men in that segment. In this context, with the decision of Andreone and Germán Fino, the visit returned to the fight, leaving two down (34-36). However, two triples in a row (Ingrata and López) and a good closing by Repetti allowed Regatas to obtain an income of eleven on the way to the locker room (47-36).

With the leadership of López at the beginning of the complement and later by the hand of Calderón (with two valuable conversions) and the appearance of Mena Regatas, he reached a difference of eighteen averaging the third chapter (maximum, 63-45). Suardi responded with Alloatti’s experience on both sides of the court and with drives from the free throw line, to close the gap between the two again (52-65). And at the beginning of the final episode Suardi went for more, with a dynamic game, few passes and short possessions. Regatas kept him away with triples from Patricio Rodríguez (3-8) and the confidence of an accomplished Andollo, until with 3 minutes to play with the power of Veliz he managed to get dangerously just eight Suardi (71-79). There López and Andollo emerged converting two key triples, with which Regatas managed to stop those led by Andrés Poi and thus avoid suffering in the epilogue.

Santiago López was the top scorer of Regatas and of the night with 18 points. In turn, the base contributed with 9 assists, 8 rebounds and 3 steals, completing a great production. Five other regatan players reached double digits in points: Andollo added 14 (with 5-7 from the field and 2-2 from free kicks), Ingrata 13 (+4 assists), Repetti 12 (+8 rebounds), “Pato” Rodríguez 11 (+3 assists) and Mena 10 (4-7 in doubles and 2-2 in free kicks)