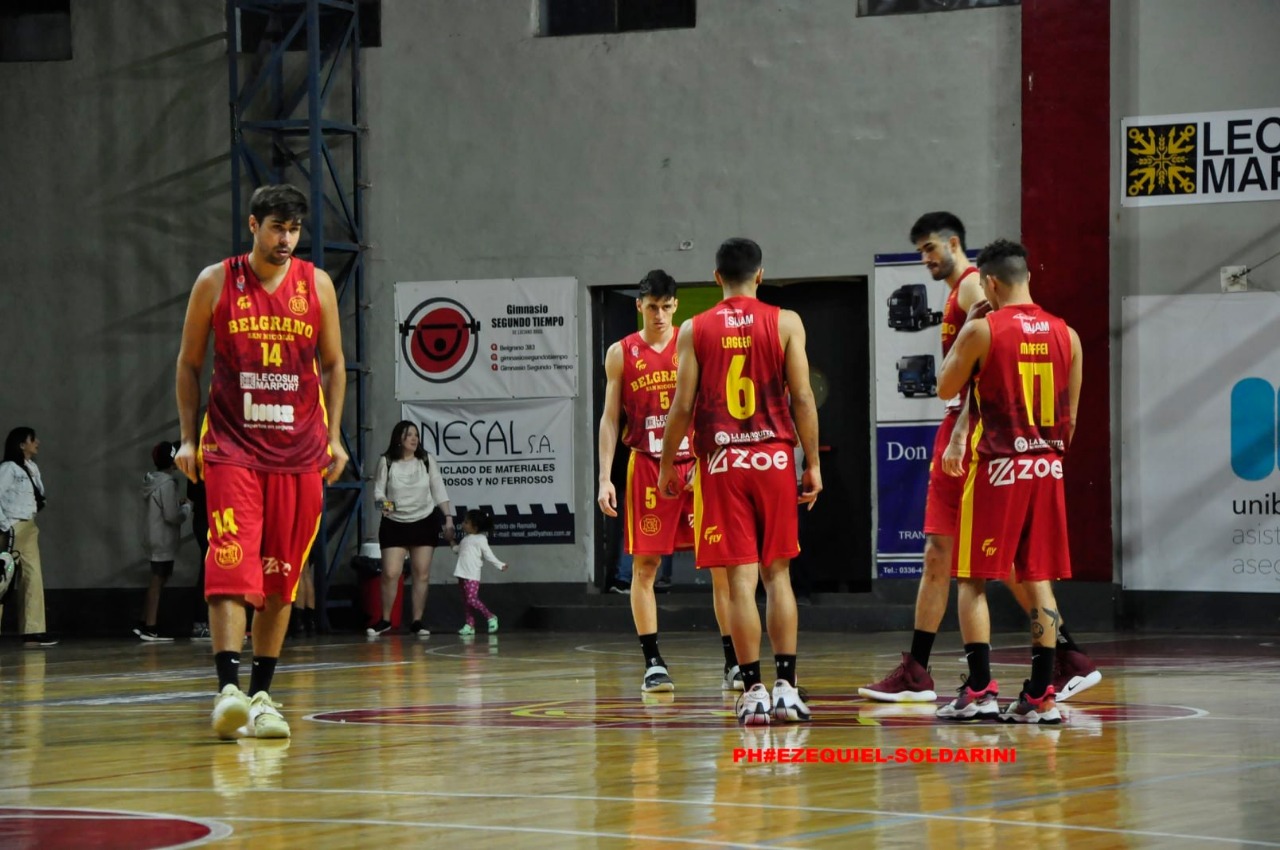 In the continuity of the fifteenth date, the Red will face Atalaya in Rosario from 9:00 p.m., where so far they have won three victories and suffered two defeats. In addition, Náutico-Temperley will be measured. On Tuesday, Regatas will play at home with Gimnasia.

From the Editorial Office of EL NORTE
secciondeportes@yahoo.com.ar

After the hard and painful defeat suffered on Thursday in the “Fortunato Bonelli” against Provincial, Belgrano will appear today as a visitor in the continuity of the fifteenth date of the CAB Region Division 1 of the Federal Basketball League. El Rojo will face Atalaya in Rosario from 9:00 p.m., where up to now they have achieved three victories and suffered two defeats.

Today’s activity will include the clash between the already eliminated Náutico Sportivo Avellaneda and Temperley, who are fighting to qualify for the play-offs, starting at 7:30 p.m. On Tuesday at 9:00 pm, Regatas will receive Gimnasia, seeking to ensure first place in the group and direct classification to the quarterfinals. Somisa was free on this day, which began last night with Provincial’s victory over Sportmen Unidos 95 to 91.

Belgrano lost more than a game against Provincial. His winning streak was cut short (he had three wins in a row) and he was left with no margin of error in the fight to reach one of the first two places in the table, remaining at a disadvantage with Provincial himself, against whom he fell in the clashes between yes of the season. He also had a setback in terms of his game. Today Daniel Maffei’s team –with all the available players- will seek to rediscover the best version of him against the irregular Atalaya, who had some very good performances and others very weak; like, for example, the one he had on Wednesday in San Nicolás, where he fell 50-49 against Somisa. Nor had Atalaya -current champion of the Superliga Rosarina- had shown great things when he had to measure himself against the Belgranenses and with Regatas in our city. However, playing at home, the team led by Andrés Malajovich Farrugia already surpassed both the somiseros and the regatans, which will lead Belgrano to have to make an effort to keep the two points today. Atalaya cannot be neglected either in the fight to be between third and sixth position, with the aim of being able to dispute the Reclassification. Belgrano, meanwhile, if he loses today, he will have to aim his cannons more towards that instance than to the bid for second place in the general ranking.

After this commitment, Belgrano will have to be free and then face Regatas in the classic to be played in “La Ribera” and with Náutico Sportivo Avellaneda at home.