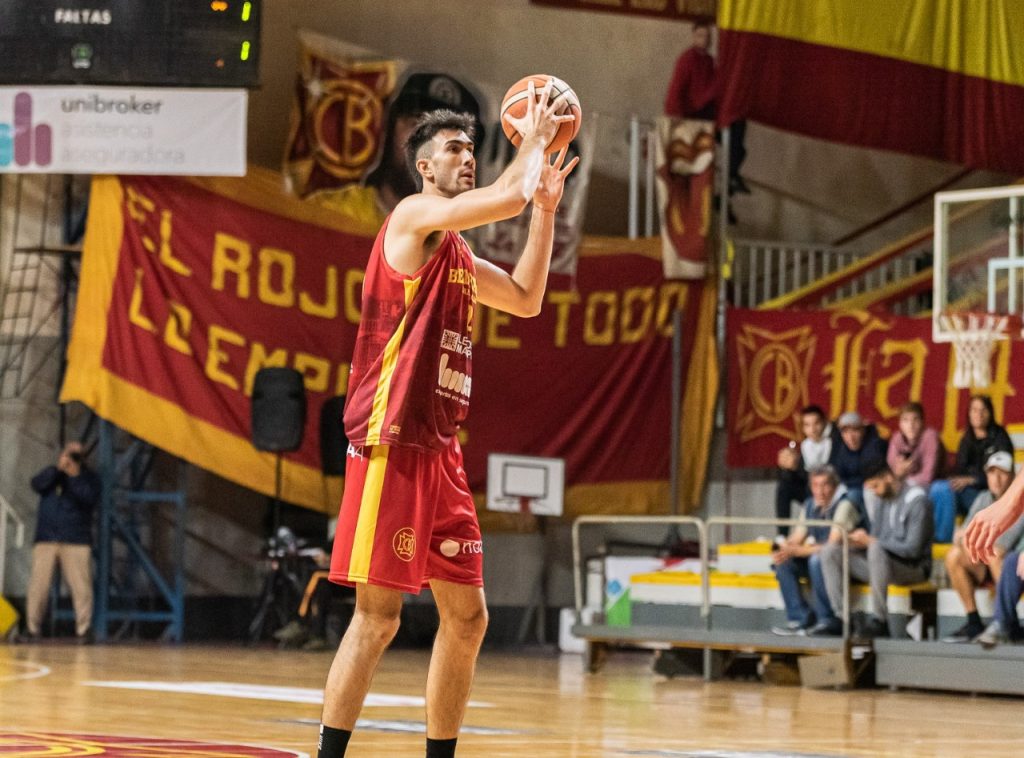 El Rojo prevailed at home against Sportmen Unidos, won the series 2-0 and advanced to the round of 16 of the Southern Conference, having to wait for their rival for that instance yet. Last night Maffei’s team won 82-62, rounding off a very good game. Lallana was his scorer and star, with 17 points, 10 rebounds and 3 blocks.

Belgrano again defeated Sportmen Unidos de Rosario, won the series 2-0 and entered the top 16 of the Southern Conference of the Federal Basketball League. As in the remaining Reclassification match of the CAB Region Division 1, Atalaya defeated Provincial 82 to 62 and there was no definition when drawing 1 to 1, Belgrano will have to wait for his rival for the next instance. If today at 8:30 p.m. in the third and decisive confrontation Provincial wins, the nicoleños will have to face Santa Paula de Gálvez (1st in the Córdoba-Santa Fe Division). If the one passing is Atalaya, then Belgrano will have to cross paths with El Ceibo de San Francisco (2nd) and Atalaya with Santa Paula.

Last night Belgrano –who as a visitor had won 97-92- prevailed 82-62, rounding off a very good collective performance and counting on valuable individual performances. In this context, Joaquín Lallana was his leading scorer and figure, with 17 points (with 7-11 in doubles and 3-9 in free kicks), 10 rebounds and 3 blocks. For his part, the other Red intern, Lucas Núñez contributed 15 points (+8 rebounds + 2 blocks), Lagger added 14 (all in the second half) and Eterovich finished with 11 (+3 assists + 3 recoveries). Nicolás Boixader, with 22 (+12 rebounds), was the top scorer for Sportmen and of the night.

After a start of the game with a certain parity in which Belgrano hurt through Lallana and Sportmen did it through Boixader, Daniel Maffei’s team took control of the scoreboard thanks to an 8-0 run with which they closed the starting quarter, to take advantage of ten (21-11), being very firm behind and reliable in attack. Sportmen went more than seven minutes without converting between the first segment and the start of the second. And although he found another alternative in attack with the good entry of Dalpino, Belgrano found even more variants to hurt, with the good entry of Eterovich (10 points in that period), plus the regularity of Núñez and Gobetti. With Nicolás Maffei managing the offenses perfectly in that passage of the match (6 assists in the PT) and aiming from 6.75, Belgrano distanced himself nineteen from Rosario to enter the locker room up 48 to 29.

On the return to the wood, the owner of the house extended his domain and in the middle of the third act he took a twenty-two advantage, with the opportunism of Lagger. However, Sportmen reacted and had their best moment of the match to return to the fight, led by Hospital and Dalpino. In fact, those led by Cristian Le Bihan were ten (49-59). Two good actions by Eterovich that ended in conversions by Lagger allowed Belgrano to win quietly, to get into the last episode with profits of fourteen (63-49). That closure of the Belgranenses stopped Sportmen, who could not discount quickly, without managing to damage with long shots (2-16 in triples). Belgrano played with the desperation of the visitors, withstood the pressure they posed and, with Gobetti’s good return to the scene, Lagger’s scoring ability and the contribution of his insiders, suffering was avoided and he ended up winning with authority to “sweep ” the series and start thinking about what comes next.

FEDERAL BASKETBALL LEAGUE: BELGRANO ELIMINATED SPORTMEN AND IS AMONG THE 16 BEST IN THE SOUTH