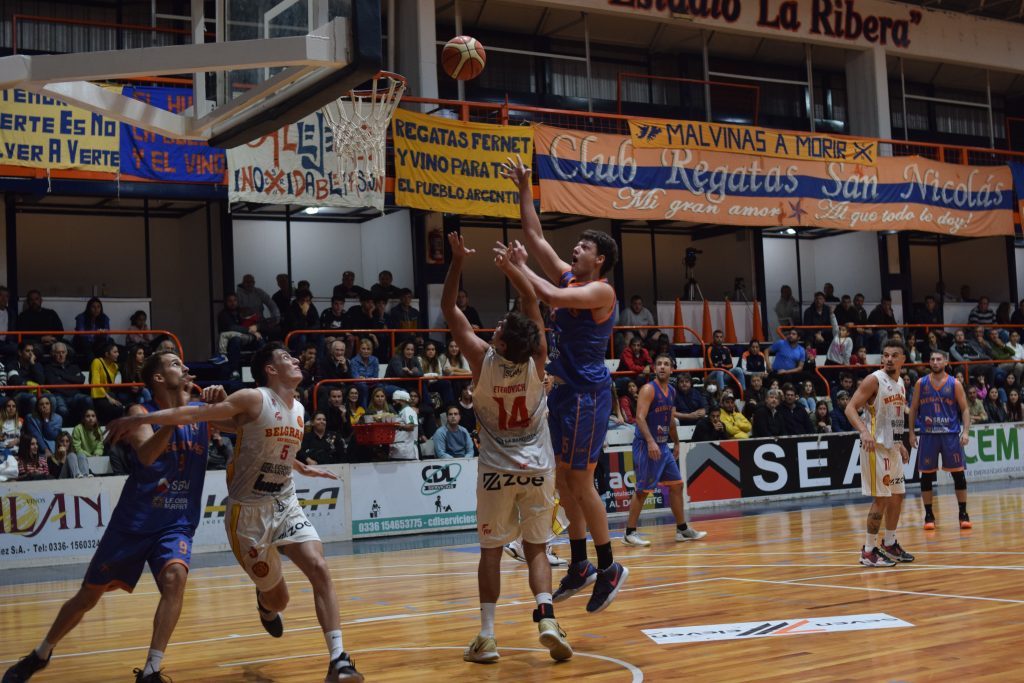 El Rojo was left with a great match in “La Ribera” and once again beat its historic rival in the current season. In the framework of the seventeenth and penultimate date of the CAB Region Division 1, Daniel Maffei’s team prevailed by 84 to 83, with Núñez, Nicolás Maffei and Eterovich as figures. Náutico –which was not reached by Repetti’s 35 points- had two chances to obtain the victory in the final seconds.

Belgrano once again won the San Nicolás classic for the Federal Basketball League against Regatas, which this time he surpassed in “La Ribera” by 84 to 83, within the framework of the seventeenth date of the CAB Region Division 1. In this way, Náutico, who won first place in the group early, will close the regular phase without having been able to beat their historic rival, the only team they have not managed to beat out of all the ones they have faced this season. Also last night Gymnastics beat Temperley 78-61, who no longer has a chance of qualifying for the play-offs. Meanwhile, Sportmen achieved a key victory against Atalaya by 89 to 76 and complicated Somisa.

Belgrano won a great match, very changeable in its development, with the first and third quarters favorable to the visit and the second and last with superiority of the locals. And with a dramatic definition, in which Regatas had two options to win, after being down by sixteen at the start of the final segment (maximum difference in favor of Belgrano, 72-56). But, with 5 seconds at his disposal, he first couldn’t convert “Pato” Rodríguez and then, already suffocated with the clock, Mena couldn’t do it either.

Regatas on Sunday will visit Provincial, one of its escorts, while Belgrano will receive Náutico Sportivo Avellaneda, the last one.